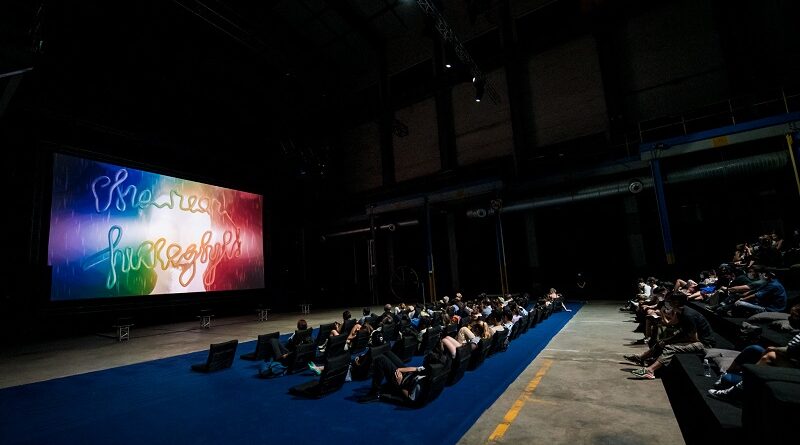 Originally launched in 1977 as Singapore Arts Festival (SAF), Singapore International Festival of Arts (SIFA) has leapt ahead of its other Asian counterparts as it has evolved from a presenting festival to a commissioning one, and from a genre-specific to a theme-based one. Glancing through the line-up of SIFA 2022’s program, comprised mostly of newly commissioned works, arts audiences would have come across very few familiar names of artists and works. In this MICE (meetings, incentives, conferences and exhibitions) capital of Southeast Asia, where touring international works were frequent and are resuming along with business and leisure travels, SIFA is a prime opportunity not only for local and regional audiences to take some adventures but also for local and international artists to experiment.

Thanks to the frequent two-hour flights between Bangkok, where I am based, and the island state, I have visited SAF, and later SIFA, every year since 2004 until the start of the COVID-19 pandemic. In 2020, when there was an outbreak in foreign workers’ dormitories, the memory of Rimini Protokoll’s Cargo Kuala Lumpur—Singapore, which took the audience on a converted truck to unfamiliar sites including those crowded communities during SAF 2011, inevitably and immediately flashed back into mind.

After more than two years of my passport being put away in a drawer, SIFA 2022, curated by Singaporean theatre director Natalie Hennedige in its first edition of her three-year term, was a valid excuse to use it again for four days in late May. The festival’s theme, The Anatomy of Performance—Ritual, aimed to “invite audiences to consider our shared rituals, which are echoed in performance as both adhere to the conditions of time (duration), artefact (costume, installation, symbolic objects, clothing) and gesture (expressive movement, charged stillness).” The festival director herself wished that “we might all, in precious fleeting moments, be moved by the beauty, power and generosity of art.”

A 32-year-old “socially-engaged theatre company known for creating works that inspire dialogue, reflection and change,” Drama Box’s ubin, like most of their works, was a multidimensional project which took 40 audience members every evening on a 15-minute bumboat ride to Palau Ubin. This northeastern island next to the Malaysian border was where Singaporeans came, especially when international borders were closed, on foot and mountain bicycles, to appreciate the beauty of unspoilt nature, as opposed to some of the man-made natural wonders this rapidly developed country has been known for, like Gardens by the Bay.

As dusk slowly turned to night, audiences, or island visitors, attentively walked mask-free to important sites, at three of which short works of contemporary dance were presented. In this first act, conceived by the company’s founder, former Member of Parliament Kok Heng Luen, we listened through earpieces to pre-recorded interviews with the island’s inhabitants, who shared past and present stories and problems in Malay, Hindi and Chinese with English translation. (As we circled around a group of heritage trees, some unregistered yet legal island inhabitants, namely three wild boars, made a cameo appearance. After a guide asked us to stay calm, they returned to the wilderness without giving an interview.)

After almost ninety minutes the audience, half-weary by then, were invited to sit down at an open-air restaurant in the village center. Guided by active facilitators, we engaged in lively discussion on the possible future of this natural sanctuary in the second act by the company’s new artistic director Koh Hui Ling, who made sure that this collective experience was not mere voyeurism or immersive performance.

Back in the historic Victoria Theatre, where masks were required, Ong Keng Sen, long-serving artistic director of Theatre Works (renamed as T:>works to better reflect their transdisciplinary work), presented project SALOME an arresting live solo performance by veteran female actor Janice Koh, who single-handedly mastered the English translation of Oscar Wilde’s original French lines. This was deftly juxtaposed with scenes from Ong’s compelling short film Becoming Salome, in which Berlin-based artivist refugee Michael(a) Daoud recounted, in words and movement, their transborder and transgender journey to become the drag character Bobolla. A few months prior to the festival, photos of “Seah Loh Mei,” a fictional professional tennis player who later revealed she was sexually harassed by a politician, started appearing on a private Instagram account @thesalomecomplex. A few days prior to the opening night, the work was given R18 rating by the local authority and—as in Wilde’s play—“heads rolled” while project SALOME was voicing its commentary through different media on the patriarchal societies we have been living in throughout the centuries.

As the film was projected on to the scrim that covered the entire stage space, so were live close-up images of Koh, who was confined to center stage, showing only her face to us. In addition to the electroacoustic sound design for the entire work, either created or controlled live by composer Kaffe Matthews, the transitions were seamless, and we did not need to ask whether we were watching film or theatre.

Nearby, at a small film screening room in the Arts House, an almost two centuries old building, audiences of Remotes X Quantum were trying to either piece together or make sense of the dystopian narratives of an experimental short film, Remotes, by Filipino artist John Torres. Shortly after the film ended we were led by a performer to a room upstairs where we watched Singaporean poet Eleanor Wong’s short play The Quantum of Space, in which Auntie E, also a character from the film, was a writer on a tight deadline.

Not long afterwards, we were directed again to another room, a meeting room of the old parliament, which still looked like a mini-Westminster notwithstanding its set and lighting design. The movement-based performance here seemed to be the only part where the actual collaboration of Torres and Wong took place. We have recently seen several Xs denoting unfamiliar collaborations, and some—when they were so well integrated that we could not tell which part was whose—were more explicable than others.

A long taxi ride (or a 10-minute walk from a bus stop) took festival audiences to a converted, now air-conditioned, energy plant, Pasir Panjong Power Station in the southeastern part of the island, where Turner Prize laureate Tai Shani’s The Neon Hieroglyph was presented. Narrating the history of ergot poisoning, the CGI-heavy psychedelic art film was commissioned by and presented online as part of Manchester International Festival (MIF) 2021. Here, it was accompanied by live narration by female Malaysian actor Jo Kukathas, who was seated behind a partition to the left of the movie screen: we could only see her live video image on a small screen to the right. Intriguingly, this was billed as a “filmic performance,” while in fact the film, with recorded narration, seemed more like a private viewing on one’s notebook computer or a media art exhibition.

In these three post-pandemic marriages between theatre and film, partners who had spent more time together than before in home isolation, one couple was evidently happier than the others. Without any excess baggage, they should also be able to travel internationally soon.

For more information on SIFA, visit www.sifa.sg where you can watch videos-on-demand of some productions, a New Normal initiative of festivals, until July 10, 2022.