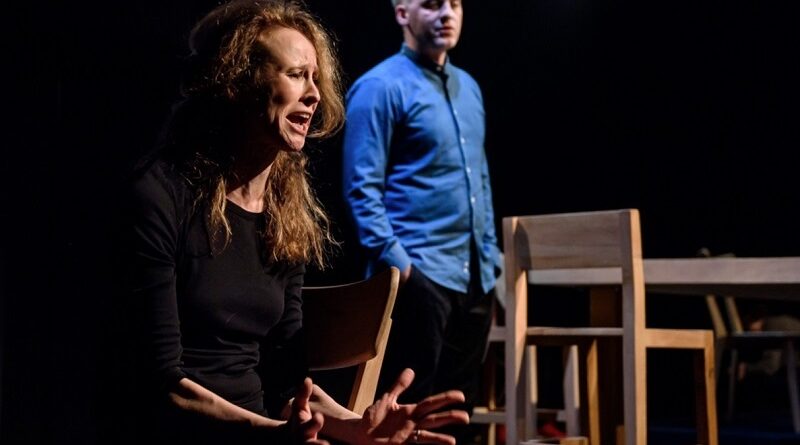 In 2018, one of Poland’s most influential theatre critics, Jacek Sieradzki, famously declared the “end of the contemporary Polish plays problem” as part of his final judging report for the 24th National Competition for Staging Contemporary Polish Plays. He wrote: “This competition was created [in 1994] to encourage Polish authors to write and Polish theatres to stage contemporary Polish plays—we do not have this problem anymore” (Lech 2018). While some respondents disagreed with this view and claimed that most new plays are not of high quality, many experts confirmed that, after suffering under Communism, contemporary playwriting has made a comeback thanks to the Polish theatre system’s efforts towards rebuilding a sustainable ecology in the past twenty-five years.

Our survey showed that 65% of respondents think Polish theatres “regularly” programme contemporary plays, while 35% think they are “sometimes” programmed: that is an impressive 100% in total. 90% of respondents are confident that “most” or “some” audiences and makers are interested in contemporary plays, and only 10% think that they are generally not. Our respondents’ view is that Polish audiences and theatre-makers are marginally less likely to be interested in contemporary plays in translation than in plays from Polish contexts. Contemporary plays in translation are staged relatively frequently in Poland, including in prominent settings, and, according to an expert, “Polish audiences are open and used to seeing themselves reflected in stories coming from different cultures.”

Warsaw and Cracow are the main centres for theatre culture in Poland, but many respondents agree that smaller cities play a very important role in the Polish contemporary playwriting ecology. The capital, Warsaw, currently hosts important venues such as Zbigniew Raszewski Theatre Institute, National Theatre Warsaw, Teatr Powszechny (Common Theatre), Teatr Żydowski, Teatr WARsawy, Nowy Teatr, TR Warszawa, Teatr Imka, Teatr Dramatyczny, Teatr Studio and Teatr Współczesny. Warsaw is also home to the Warszawskie Spotkania Teatralne (Warsaw Theatre Meetings Festival) and Nówka SztU.K.a (New Art Festival), which takes place at the Theatre Institute. Cracow is on a par with Warsaw when it comes to contemporary playwriting in Poland: the Stary National Theatre, the Łaźnia Nowa, the Teatr Słowackiego and the Boska Komedia Festival are some of the venues and events that contribute to that ecology.

Important venues and events around the country include: in Poznań, the Teatr Animacji, Teatr Polski, Teatr Nowy, Metafory Rzeczywistości and the SztU.K.a SzU.K.a Malucha programme for young people at the Centrum SztU.K.i Dziecka; in Gdynia, the Playwriting Award Festival and the R@port Festival; in Bydgoszcz, the Festiwal Prapremier and Teatr Polski; and in Wrocław, the Grotowski Institute, Wrocławski Teatr Lalek and Wrocławski Teatr Współczesny. Worth mentioning are also the Modjeska Theatre in Legnica; the Teatr Współczesny in Szczecin; and the Teatr Wybrzeże in Gdańsk.

Playwright fees. It remains difficult to sustain oneself through playwriting alone in Poland. Many authors have second jobs, including some of the most established. Some playwrights also work as resident dramaturgs in theatre venues. Playwrights tend to be paid through a combination of flat fee—which tends to be between €1,000 and €2,000 whether it has been commissioned or not—and percentage of box office. However, many are also paid through a percentage of box office only, which is typically around 5–7% of gross box office intake.

Translator fees. Theatre translators mostly earn a combination of flat fee and percentage of box office for translation rights or, less frequently, a commission fee only. According to our experts, flat fees for translators of an average-length play tend to be around €1,000–€1,500 for commissioned translations, and the share of box office to be expected for copyright is around 3%.

Play development funding. According to our respondents, periods of development, in which playwrights work at their desks, are often sponsored by public money—state, regional or city council funding. For instance, City Councils often award competitive artist scholarships to residents of that area. Some respondents report that artists’ private money is often needed to support creative periods. Crowdfunding is an emerging model too. Institutions such as the National Book Institute and ADiT Agency offer funding streams specifically targeting the translation of new plays. The Drama Laboratory at the Teatr Dramatyczny in Warsaw organises play development activities for both Polish and foreign authors, such as readings with professional actors and directors.

Initiating a production. Polish venues do not have an established tradition of commissioning authors; instead, venues select new plays that have already been written, often via directors or companies. Once a play is selected, then the author gets supported throughout the creative process which may include some rewriting. According to our respondents, the most likely way for new play productions to be initiated in Poland is for directors or companies to commission new plays from authors, and then companies pitch to venues; or for authors to pitch to directors and companies, who then pitch to venues. Less frequently, it is venues who commission new plays. In order to make a production of a play in translation happen, the most likely pathway is that local directors know about or develop relationships with foreign playwrights and then pitch a project to a venue, or translators propose new foreign plays to venues, directors or companies. Alternatively, venues source foreign plays or develop relationships with foreign authors, and less frequently producers commission translations of new foreign plays.

Length of runs and touring. State-funded theatres work with stable ensembles and a repertory system, so a new play can be on for many years if it proves popular. Productions can tour nationally and internationally. Some prestigious productions of foreign plays, like 4:48 Psychosis by Sarah Kane, directed by Krzysztof Warlikowski, have gone on tour to various European countries, including the U.K. and France.

Exchange with other media. Many playwrights in Poland also write for other media such as radio, film and TV, and exchange with other media is the norm. Contemporary plays are often programmed on national radio, mostly adapted from stage to audio plays. Polish TV also broadcasts televised theatre, including new plays, and occasionally commissions living authors for the highly popular and long-lasting programme, Theatre TV. The Teatroteka project stages new plays for the small screen.

Gatekeepers. Our respondents agreed that the main gatekeepers are artistic directors and literary/dramaturgy departments working for venues and companies, but artistic directors definitely retain most power. Literary managers’ duties include reading scripts, maintaining contacts with playwrights and, less often, commissioning new work, including translations. Most if not all venues have literary departments that will consider unsolicited scripts in Polish and in Polish translation, including all major theatres in big and smaller cities, such as Teatr Wybrzeże in Gdańsk (which focuses both on new Polish plays and translations) and Teatr im. Jaracza in Olsztyn (focusing mostly on translations).

Agencies. The local societies of authors, ADiT and ZAiKS, act on behalf of authors to collect copyright fees for them. Polish authors do not rely on commercial literary agents to promote them.

Prizes. There are a number of prizes dedicated to contemporary playwriting in Poland, including: Gdynia Playwriting Award (for Polish plays only); the Theatre Institute’s National Competition for Staging Contemporary Polish Plays (for productions); the Strefy Kontaktu Prize; the Metafory Rzeczywistości Competition run by Teatr Polski in Poznań; the Centrum SztU.K.i Dziecka in Poznań (Children’s Art Centre) for the Best Play for Children; and the Nike Awards (a literary award, sometimes given to plays).

Higher education. At higher education level, most respondents agree that playwriting is most often studied in informal workshop settings, not leading to qualifications. Drama schools do offer modules on dramaturgy and playwriting as part of Directing, Puppetry or other courses, but they do not offer specialist playwriting courses. Prestigious schools include the Aleksander Zelwerowicz National Academy of Dramatic Arts in Warsaw and Stanisław Wyspiański National Academy of Dramatic Arts in Cracow (AST), where Directing students can select a Dramaturgy specialisation. Practical playwriting courses are also offered by theatre venues through informal workshops; for instance, at the Stary Teatr in Cracow, Teatr Wyspiańskiego in Katowice, Teatr Powszechny in Warsaw, the Polski Theatre in Bielsko-Biała, and the Metafory Rzeczywistości Festival at the Polish Theatre in Poznań. University departments tend not to offer practical courses in playwriting, and instead concentrate on a theoretical or historical approach.

Publishing. Most respondents agree that contemporary plays by established and emerging authors are “regularly” or at least “sometimes” published as books in Poland. There are a few publishers that specialise in theatre, including in texts by living authors and plays in translation, namely arts and culture publishers Słowo obraz/terytoria, Fundacja Splot Press, Lokator and Jagiellonian University Press. Dialog and Teatr magazines publish plays in every issue.

Press. Articles about contemporary plays are not very frequent in the general press. Theatre-focused magazines cover contemporary playwriting more often: Dialog, a monthly magazine, plays a crucial role in disseminating work by contemporary Polish and foreign authors; Didaskalia, a theatre quarterly, covers new plays, and is now fully online and open access; and Teatr, published 10 times a year. Online publications that review contemporary plays include: E-Teatr, a database run by the Raszewski Theatre Institute that has all reviews, details of productions and publicity materials; Dwutygodnik; Teatralny; and Teatrologia.

“Invest in a translation into Polish and try to publish a play in Dialog.”

“Finding a director or a good translator with a professional network is the best way to set up a cooperation.”

“Send your play to Drama Laboratory at Teatr Dramatyczny in Warsaw.”