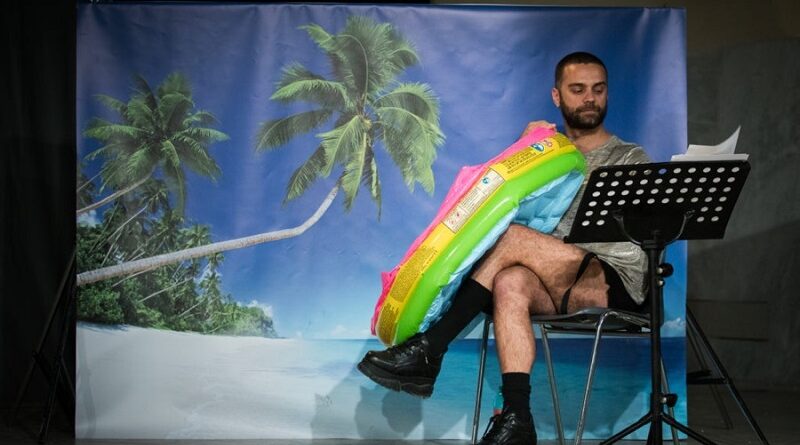 A contradictory picture of Italy’s contemporary playwriting and theatre translation culture emerged from our survey and interviews. Many experts confirmed that interest in new plays has increased manifold in the past ten years, and our survey shows that activity levels are high. However, our qualitative data suggests that contemporary playwriting in Italy is currently far from a sustainable field.

A new theatre funding reform, introduced in 2015, demands that all state-funded theatres include quotas of contemporary plays in their programming, but otherwise introduced measures that place writers and translators at a disadvantage by discouraging national tours. Overall, the Italian system appears lacking in support structures for local playwrights. While individual exceptions and success stories exist, these appear to thrive through support obtained on international networks.

Italian theatre culture is concentrated around some of the biggest cities up and down the country, but it is fair to say most playwriting activities are concentrated in the north and centre of the country. The main centres of contemporary playwriting are located in three big cities which host several dedicated institutions and festivals: Milan, Turin and Rome. In Milan, institutions include the Piccolo Teatro, the Teatro Elfo Puccini, the Teatro Franco Parenti, the Teatro dei Filodrammatici, the Teatro i and the Teatro dell’Arte–Triennale. Festivals in Milan include Tramedautore (the only festival in Italy to focus entirely on contemporary plays) and Danae (which does other genres too).

In Turin, we have the Teatro Stabile, the Teatro Piemonte Europa, the Festival delle Colline Torinesi and others. In Rome, venues include Teatri di Roma (Teatro Argentina; Teatro India; Teatro Torlonia), the Teatro Argot, the Teatro Vascello, the Piccolo Eliseo. Rome also hosts Romaeuropa Festival, Short Theatre and Trend festival, none of which is exclusively dedicated to new plays.

State theatre funding. State funding provides a lifeline for Italian theatre, which does not have a strong commercial sector. Funding, however, is mostly channelled through venues and hardly ever distributed directly to artists. Additionally, experts mention that state and local authority funding for the theatre industry has been routinely cut in real terms in the past 10–15 years (see Budapest Observatory). The 2015 theatre sector reform demands that certain categories of subsidised venues, such as National Theatres, programme at least two plays by living authors per season, of which at least one must be an Italian author. This relatively new legislation results from growing activity levels and has resulted in even more attention towards contemporary plays in the past five years.

Playwright fees. Playwrights find it very hard to sustain themselves through playwriting alone in Italy, including the most established. Most authors do other jobs too, such as teaching, directing, acting or similar, and the most successful also run their own companies, often producing, directing and performing in their own plays too. When a play does get selected for a production by a company or venue, average advance fees for playwrights appear to be between €1,000 and €5,000.

Translator fees. Even the most established theatre translators find it hard to be paid a commission fee, which ranges between €500 and €2,000. More and more venues and companies offer royalties only as a form of payment (with 10% of gross box office split 60/40 or 70/30 between authors and translators, but with as little as 20 going to translators in a large number of cases where local agencies of English-speaking authors are involved in the transaction).

Length of run and touring. Most productions in Italy tend to have short runs of maximum two weeks—but often less at any given venue, and this is the case also for new plays. New plays only tour to a few other national venues after the premiere (often to co-producing venues), but do not tend to tour internationally. Many experts have confirmed that, before 2015, it was more common for productions to tour across the country, but the 2015 reform has made it less attractive for venues to tour produced work. This new state of affairs has come to the detriment of authors and translators, who could previously rely on performance rights income to make up for poor advance fees.

Exchange with other media. There also appears to be little exchange between the theatre and other broadcast media, such as film, TV and radio, and theatre writers struggle to translate their scriptwriting expertise to write screen or radio plays due to “a prejudice and mistrust between media,” according to some experts.

Gatekeepers. Italian venues are generally not open towards unsolicited play submissions. In the absence of literary/dramaturgy departments or reading groups attached to venues, artistic directors rely on their network of directors and companies to propose new plays if they so wish, but they often “end up filling the new play quota at the last minute with inconsistent choices and low-quality selections,” according to an expert.

Stage directors and some independent producers also appear to be influential players. A handful of translators routinely scout and translate plays in the hope some might result in productions, but they have limited influence. Few companies exist that only focus on contemporary plays, so it is hard for authors who do not also direct or run their own companies to know who to contact to have their plays considered for a production.

Agencies. A number of literary agencies exist but they only negotiate contracts and do not actively promote their clients with theatres. Most authors in Italy do not rely on agents to promote them, while the SIAE (Italian Society of Authors and Publishers) collects fees accrued in relation to publishing, performance and translation rights.

Prizes. Few playwriting prizes exist for scripts that have not been produced—the Premio Riccione/Tondelli being the most important one, followed by the Premio Hystrio for Under 35s—yet these do not seem to routinely translate into more commissions or productions for winning writers. The prestigious Ubu Prizes for Best New Italian Play and Best New Foreign Play are awarded every year to plays that have been produced in the past season.

Higher education and other training. Two prestigious playwriting courses are offered by the Civica Scuola Paolo Grassi in Milan and the Accademia Silvio D’Amico in Rome, where playwrights train alongside actors and directors. However, contemporary plays are seldom taught in University Theatre Studies departments and, extremely rarely, in secondary and primary schools. Professional playwriting training is also offered by the Scuola di Teatro Iolanda Gazzerro in Modena (part of Emilia Romagna Teatro).

Publishing. There are a few publishers in the field of theatre who publish plays. These are Editoria e Spettacolo, Titivillus, Cue Press, Mimesis and Luca Sossella Editore. Publishers are only able to publish plays if a publication fee is paid to cover their costs, given that the market is limited.

Press. The general press in Italy does not cover new playwriting very often, according to our experts—neither in the form of reviews nor through features or interviews. The specialist press has near-exclusively transferred online, with only two print magazines, Hystrio and Sipario, still in circulation. Webzines that cover playwriting are numerous, on the other hand, such as Dramma.it; Teatro e Critica; Delteatro.it; Ateatro.it; Strategemmi; Krapp’s Last Post; and Doppiozero.

“Get in touch with a local director or an actor.”

“You need to have an Italian translation of your text, or at least an English one, in order to propose it to theatres and companies.”