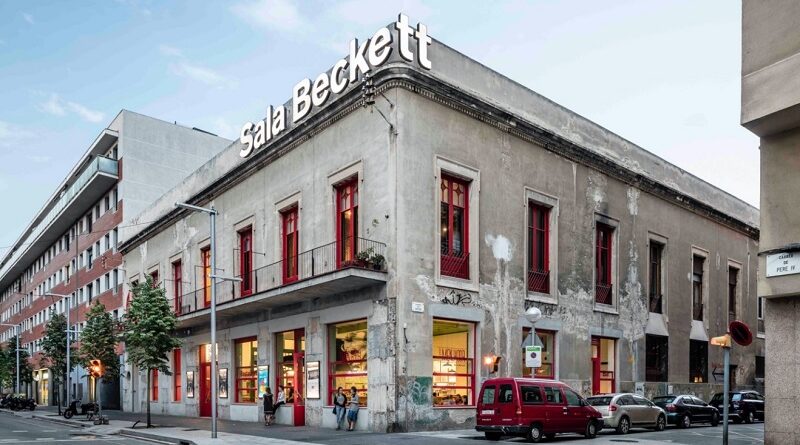 Over the 1980s and 1990s, Spain developed cultural politics supporting playwriting and has promoted the work of living dramatists writing in all its four national languages. The system is built on the work of a large number of key producing venues which have developed audiences’ interest and taste in this area; education institutions, such as drama schools, offering playwriting qualifications; and professional support organisations providing the right networks for playwrights to develop their careers. Many of our experts have expressed a positive view of the culture, opportunities and support networks around playwriting throughout Spain. However, our experts say that more could be done in Spain to promote a culture of equality, diversity and inclusion in the field.

Other important venues around the country include Sala La planeta in Girona; the Teatro Lope de Vega and Sala La Imperdible in Seville; the Teatro Romea in Murcia; the Teatro Principal in Alicante; the Teatro Colón in La Coruña; the Teatro Cuillas in Las Palmas and many more. Festivals play an important role for contemporary playwriting in Spain. The Muestra de Teatro Español de Autores Contemporáneos in Alicante focuses on contemporary dramatists, while other festivals include plays as part of a wider programming strategy: the GREC Festival (Barcelona), Temporada Alta (Girona), TNT (Terrassa), FiraTàrrega (Tàrrega) and Festival d’Otoño (Madrid).

Playwright fees. It is difficult to sustain oneself through playwriting alone in Spain. Many authors have second jobs, including some of the most established. Commissioned plays are paid an average of €5,000–€7,000 plus 10% of gross box office intake. For plays that have not been commissioned, playwrights now tend to be paid through a combination of flat fee of about €2,000–€3,000 and 10% of box office, but many are still paid through a percentage of box office only.

Translator fees. Theatre translators mostly earn a combination of flat fee and percentage of box office for translation rights or, less frequently, just one of these two types of fees. If they are paid through the 10% of box office intake, this has to be split 70/30 or 60/40 between the author and the translator respectively).

Play development funding. Authors wanting to take the time to write new work can apply for money via regional and city councils or other state-funded bodies or charities, such as SGAE and the Institució de les lletres catalanes, or they can seek a commission from a commercial company which would provide an advance, but many authors do fund these creative periods through private money.

The national Ministry of Culture, local governments and local councils offer some support for writers to develop new work. All the main venues and festivals, such as Sala Beckett, Institut del Teatre, Teatre Nacional del Catalunya, Temporada Alta and Nuevo Teatro Fronterizo, offer some form of support to writers developing new plays. Bursaries for writers are available every year: the Beca Leonardo by the Fundación BBVA and the Beques Carme Montoriol.

Exchanges with other media. Many, if not most, Spanish playwrights also write scripts for radio, film or TV. Working across media is very common for writers, “especially since the 1980s,” according to one expert. Radio Nacional de España programmes radio plays, and the prestigious Margarita Xirgu Radio Play Competition (Premio de Teatro Radiofónico Margarita Xirgu) has raised the profile of this genre.

Initiating a production. The most likely way for new play productions to be initiated in Spain is for playwrights to pitch their work to directors, venues or producers; alternatively, it is producers, companies or venues who commission new plays from authors. Prestigious drama schools also make sure to promote their students’ work into festivals and venues nationally and internationally.

Gatekeepers. Artistic directors of venues and festivals play a big part in selecting new plays for production in Spain and act as the main gatekeepers. Literary/dramaturgy departments only exist in larger institutions, such as Teatre Nacional de Catalunya in Barcelona and the Centro Dramático Nacional in Madrid. The latter has an established reading committee too. Production companies play a key role in the Spanish contemporary playwriting ecology, and some of them focus almost entirely on new writing, such as La Zona, Pentación and Smedia. In terms of making productions of a play in translation happen, the most likely pathway is that local directors know about or develop relationships with foreign playwrights. Alternatively, producers commission translations of new foreign plays or venues collaborate with foreign authors.

Catalandrama.cat. The Fundaciò Sala Beckett has created an online archive specifically focusing on the translation of plays, namely the Catalandrama.cat website, which provides free access to Catalan plays translated into other languages.

Agencies. The SGAE acts on behalf of authors to collect copyright fees for them. There are very few commercial literary agents representing playwrights, such as Marta Fluvia and Conchita Piña, and they tend to work only with the most established writers. This makes it impossible for Spanish writers to rely on agencies to promote them or negotiate on their behalf.

Professional organisations. The FiraTàrrega is an international performing arts fair that takes place in Tàrrega every September and offers an opportunity for movers and shakers to come together and decide what to promote next: as such, it is an important networking event. Other important organisations are the Academia de las Artes Escénicas—open to all theatre-makers, with membership by request, which supports the industry with many initiatives, including publishing the review Escenarios and theatre-related books—and the Asociación de Autores de Teatro—which publishes the review Las Puertas del Drama and organises shows, events, meetings, prizes, as well as the yearly Salón Internacional del Libro Teatral (International Theatre Book Fair), established in 2000.

Higher education and other training. At higher education level, practical playwriting courses are available at drama schools. According to an expert, “Specialist playwriting courses leading to professional qualifications in Spain appeared in the 1990s and this was a watershed moment, because it signalled to students that playwriting was an actual profession, that they would be taken seriously: then the networks started to appear, and the reading groups in major theatres, and interest started to grow.” Some of the most prestigious institutions offering them are the Real Escuela Superior de Arte Dramático (RESAD) in Madrid and the other ten Escuelas Superiores de Arte Dramático (School of Advanced Theatre Studies) located around the country. For instance, the Escuela Superior de Arte Dramático (ESAD) attached to the University of Castilla y León in Valladolid offers BA and MA programmes in Directing and Dramaturgy (with some practical playwriting). Other important schools around the country include the Institut del Teatre (Theatre Institute) in Barcelona; Eolia, Escola Superior de Arte Dramàtic in Barcelona; the ERAM School, attached to the University of Girona; and the MA Dramatic Writing at the University of Alcalá, associated to the Asociación de Autores de Teatro (Theatre Authors Association). Sala Beckett in Barcelona offers prestigious workshops and courses at various levels, mostly focused on writing for theatre.

Press. Articles about contemporary plays are not very frequent in the general press, but some of our respondents think plays by living playwrights are “sometimes” covered by national newspapers, such as El Mundo (mainly through its magazine supplement El Cultural), ABC, El País, El Periódico and La Vanguardia.

“Have your plays translated (at least into English). And be sure it’s a good translation!”

“Send your plays to Sala Beckett!”

“Find local actors and directors and pitch your play to them!”