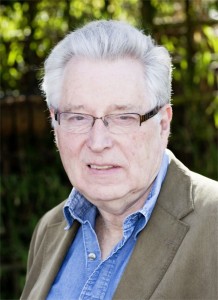 I will make one clear and unequivocal prophecy. For the theatre critic in a digital age, matters will only get worse until they start to get better. They will follow the track into the desert of many old-fashioned journalists. They will be turned from clubbable generalists into academic specialists. As more newspapers go on-line, the publishers will face competition from random bloggers and try to preserve their old authority by splitting up their various sections into specialist apps, which will provide sources of news and information, rather than considered opinions. The sports columns will be separated from the financial pages, arts from politics, and we will start to lose what used to be called ‘the common discourse.’

This was a useful phrase. Editors assumed that the reader was not concerned only with his/her particular politics or profession, but could be tempted towards a broader view. In the UK, the Marxist paper, Tribune, once had the best racing tips and an incisive theatre column. These had little to do with politics, but added to the pleasures of life. This was true across the diversity of the British press. Newspapers had their overall editorial policies directed towards the general section of the public, which was assumed to be their core readership, but this was still a flexible concept. Nowadays editors are, or soon will be, instructed by their marketing officers to target their readers more precisely. We will not be allowed to skim through the pages of current affairs to get to the arts and sports sections at the back. We will be treated as one-subject addicts and will lose the opportunity of glancing at other topics, which used to distract us away from what were thought to be our main areas of interest.

The common discourse was full of small pieces of random knowledge, which indirectly influenced our life-styles, opinions and values. For most people, the theatre column is not the main attraction of a newspaper, but if the headline is provocative and the first sentence is witty, they may read the review and be influenced by it. The theatre critic was once an arbiter of taste as well as a theatre specialist. Kenneth Tynan was a stylistic force in the swinging London of the ‘60s, as was his arch-rival, Harold Hobson. They were read not only for their thoughts about the theatre, but for their approach to life. Is this true of any British critic today? I doubt it.

The Internet poses a threat not only to the common discourse that print publishers once led, but to the whole publishing industry. In the past, some publishers diversified into television to retain their leadership role. It is not so easy to do so with the World Wide Web, which is still largely lawless territory, with pirates, trolls, thieves and hackers. Publishers have to deal with this new anarchy and think carefully about their futures. We all must. The chaos of the Internet drives us from our comfort zones. It forces us to break out of the political and cultural clichés that have dominated our thinking. For the old guard (like me) it is a battle for survival, but I am still an optimist. The struggle is not yet over but only beginning, which is why I welcome the Internet with two cheers, not the normal three. I do not want to live in a state of anarchy, but I can accept it as a phase. When we sort out our priorities, the theatre critic may yet come into his/her own.

Social scientists sometimes use the word, ‘structuration,’ which sounds less clumsy in French than it does in English. It refers to the way in which ‘human tribes’ develop their systems for social organisation, such as laws, customs, rules of the road, ownership, authority and many other habits that we take for granted. It is a slow process, which takes place at best through the rights and wrongs of daily living, ‘bottom up’ rather than ‘top-down.’ The main problem with the Internet is that we are still in the process of finding its essential structures.

We can glance back at history. The ‘structuration’ of the print press took about two hundred years to develop. It required the legal recognition of the moral and financial rights not only of publishers but also of writers and contributors. It required the development of a readership ready to pay for the insights of the press. In the UK, copyright legislation began in the early 18th century and took 250 years to develop. It became an international agreement in the 1880s with the Berne Convention. Copyright was never easy to monitor or police, but a range of professional bodies came into being whose main purpose was to protect intellectual property. It was supported by public opinion, which backed during my lifetime the extensions into photo-copying. A social structure was constructed, which involved the development of customs, funding, law, values and ethics; and it was this complicated network of interests that eventually sustained the press, publishers and the writers they employed.

The Internet has thrown this particular rule-book up in the air. It is all too easy to up-load and down-load material from all parts of the world. The pirates can often be traced and the tracking has become more sophisticated over the years, but the process is still expensive and the chances of prosecution are often remote. Large companies may do so, but for most free-lance writers, the recovery is unaffordable.

This tilts the balance away from the individual to the big corporation. In 2011, the BBC sold the back catalogue of The Listener magazine to Gale in the US to be placed on line. From the BBC’s point of view, this was an asset that could be sold. But I was one of the victims. The Listener contained more than four hundred theatre columns of mine, the equivalent of four books, for which I owned the copyright. Through lawyers, I persuaded them to remove my articles from the on-line version, but only after they had been distributed world-wide. I could have taken the BBC to court, but the legal costs were prohibitive. My experience is commonplace. Free-lance writers have little protection against piracy, particularly when committed by an eminent public body like the BBC. What is the answer? There may be several, but we have still not brought into being an ‘end-user license’ for the Internet, like a photo-copying license. In short, the structuration is weak or lacking altogether.

Meanwhile, I have learnt a lesson. I must build my own website to protect the ownership of my material. If I write for my own website, I can still sell the contents of my writing to a print publisher, if I should choose, or allow readers access for a fee or without payment. There are agencies like PayPal that can help me. This will not stop determined piracy but it may prevent the casual borrowing without payment that is endemic to the Internet. This is where the future of the professional writer may lie. Personal websites can become the core of our activities, by-passing agents and publishers alike. If so, there would be more independent writers, contributing to the common discourse, which would be welcome, and if they are forceful and thoughtful, they may be able to make their voices heard above the blogs and tweets. Perhaps!

The protection of intellectual property is a concern not only for individuals but for companies and governments. But we could become too zealous about protecting copyright at the expense of the flow of information and opinion around the world, which is the great benefit of the Web. But this reveals another side to ‘structuration,’ its ethical complexities. Where would be the balance of advantage to mankind, if we protect the intellectual property of chemical industries in the West at the expense of HIV sufferers in Africa? There are other examples, such as Wikileaks. Who owns the copyright to the information from Wikileaks? The secret services whose records were stolen? The not-for-profit company that owns Wikileaks or the papers that publish the stories from Wikileaks? Whom should we sue? Whom should we reward? Can an intellectual theft on the grounds of public interest be separated from a normal intrusion of privacy? If not, all our e-mails and texts would be open for the world to see; and our human right, if it exists, against intrusion would be daily abused.

Perhaps in structuring the Internet, we may come to the conclusion that our existing copyright legislation is inappropriate for it, in which case we will have to re-think the very principles for the protection of intellectual property. Can ‘thoughts’ be counted as ‘property,’ however published? We may have to embark upon a process of philosophical speculation that we in Britain normally hate. There is something about the Anglo-Saxon temperament that resists the abstract and the intangible. We prefer to see concrete examples of ideas, a habit of mind which draws us towards story-telling. Shakespeare’s Wars of the Roses were historically rough and factually inaccurate, but they brought to life the tribal power struggles that helped to structure the nation that we now call the United Kingdom.

Story-telling should never be merely fanciful. It is how we learn to cope with the complexities of living. When stories become predictable and we know what will happen at the end, the power is lost from the telling. Just as individuals become lazy, so can societies. You can feel the dullness of the story-telling through the prevailing clichés, which indicates a lack of intellectual challenge in daily lives. Sometimes we need theatre critics and other much-abused ‘intellectuals’ to remind us of this fact.

In my view, the arrival of the Internet and the chaos in its wake has given a powerful shock to a complacent media. There may even be an unexpected bye-product, the rise of live performance. The alternative to the Internet is not print publishing, but word of mouth. While the Web remains unstructured, the attraction of sitting around with others, listening to stories and wondering what they mean, is greatly increased. Virtual reality may not turn out to be so destructive of reality, but something that prompts us to think again about Reality itself.

My final prediction is given without any oracular confidence. The Internet will drive people back to the live theatre to cope with the new uncertainty and that critics through their websites will discover a new role as public advisers. Theirs is an ancient and classical discipline. I have only an instinct and a faith that it will survive. 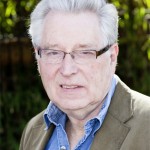 [1] Dr. John Elsom has been a free-lance writer since leaving Cambridge University. He has written ten books, eight plays and extensive journalism. He was a talent scout for Paramount Pictures, an arts correspondent for the BBC and an arts editor for the US magazine The World and I. An authority on cultural politics, he was an arts spokesman for the British Liberal Party and is now a director of the international arts management consultancy, Arts Interlink. His book of modern cultural history, Missing the Point: the Rise of High Modernity and the Decline of Everything Else (2007), was hailed as incisive indictment of the Blair years. He was the world president of the IATC/AICT from 1985 to 1992. In July, he completed World without Worship, a book of short stories, and recent plays include a musical, Second Time Round, and Old Boy.