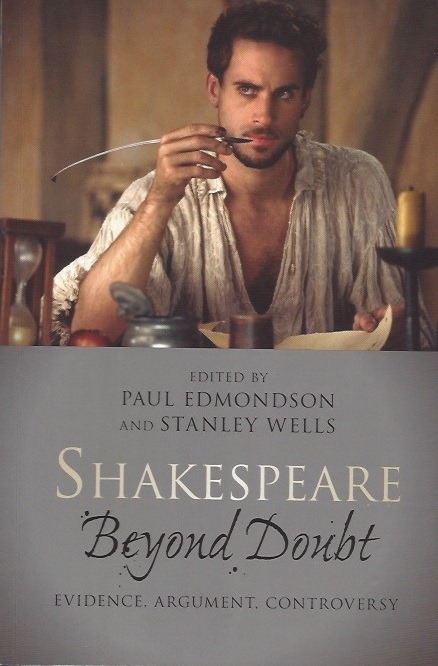 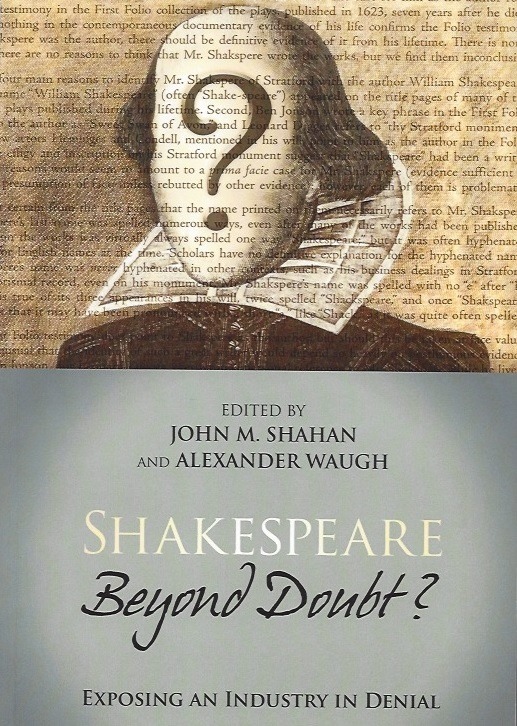 Delicious. The controversy will finally be solved. Two major books on the greatest theatrical mystery in the history of world theatre.

In the challenger’s corner, all clearly still hiding behind a cloak of anonymity, the primary challengers – Francis Bacon, Christopher Marlowe, and the current number one candidate, Edward de Vere, the 17th Earl of Oxford who gained fame as the hero of the film Anonymous, the Man whose father died while Edward was still young and the Man who raised in London under the guardianship of William Cecil, Queen Elizabeth’s Polonius-like chief advisor and who was given the most extraordinary education that money could buy studying such subjects as law and languages and philosophy, the Man who travelled widely in Europe to France, to Italy (where he spent a year travelling, seeing plays and carnivals and commedia dell’arte), a Man who loved the theatre profoundly and supported it with his patronage of John Lyly and Anthony Munday, and his adult and boys acting companies.

The Seconds for each of the fighters are equally impressive: for the title holder and representing Cambridge University Press, Prof. Stanley Wells, Emeritus Professor at the University of Birmingham, the acknowledged most-knowledgeable of the most-knowledgeable, the authority of authorities on all things Shakespearean, and the public voice of Stratford-upon-Avon’s Shakespeare Birthplace Trust. Backing up Prof. Wells here, one Paul Edmonson, an ordained priest in the Church of England, and head of “Research and Knowledge” for the Shakespeare Birthplace Trust.

For those challenging the Stratford man, the Second is John M. Shahan, Chair of the US-based Shakespeare Authorship Coalition and principal author of the on-line Declaration of Reasonable Doubt About the Identity of William Shakespeare, a website that boasts thousands of signatories including such theatrical heavyweights as Mark Rylance (Artistic Director of the rebuilt Globe Theatre from 1995 to 2005), Shakespearean actor Sir Derek Jacobi, and voice coach extraordinaire Kristin Linklater and supported by such well-known historical doubters as Mark Twain, Henry James, Sigmund Freud, Orson Welles and Sir Tyrone Guthrie (co-founder of Canada’s Stratford Festival). Backing Shahan and company up editorially is Alexander Waugh, grandson of the eminent British writer Evelyn Waugh and General Editor of the 42-volume scholarly edition of Waugh’s Complete Works.

And as the bell rings for the first round, we look for the Wells’ team to punch quickly and hit hard, to go right after the key question for everyone in this battle: could the name Shakespeare have been a pseudonym? Instead, the Wells team feints to the right ignoring the issue almost completely and drags out a series of hugely-dated arguments about the 19th century female scholar Delia Bacon. Repeated is the old saw that because she was not a great writer herself and ultimately went mad she and all other doubters who followed her must also be consigned to Bedlam. Wells also punches hard at several more of the ancient arguments about Francis Bacon and Christopher Marlowe. Sitting ringside for this, one has to wonder where all the academic debate about pseudonym has gone. Wells doesn’t seem to want to go near it.

The Shahan team, on the other hand, leads the fight back to the pseudonymic centre with a quick overview of all the reasons to doubt that the man from Stratford could have been the author. Among them: William of Stratford never claimed to be the dramatist, not one play or poem or even a letter in William of Stratford’s hand has ever been found, Stratford’s will contains nothing to suggest that he was a writer — no books, writing materials or intellectual property, nothing to suggest in any way that this man led an intellectual life. Good points. But will Wells respond to facts?

Silence. Silence and more silence. Even the de Vere challenge is not taken up until late in the bout and then only in a short shot by Alan Nelson, author of Monstrous Adversary, a biography of de Vere painting him as a vain narcissist, based largely on the libels of Charles Arundel. Going, like Wells, after messengers rather than messages, going after people rather than evidence, Nelson brings up yet again Delia Bacon, the Prince Tudor Theory (suggesting de Vere might have had a sexual relationship with Queen Elizabeth) and a few unnecessary cheap shots at the film Anonymous. Nelson’s most egregious sin of omission in this attempt to disqualify Oxford is his cleaving to the 1611 dating of The Tempest; Prof. Nelson is well informed on published research by Stritmatter and Kositsy that challenges this theory. But where is the substance? At only nine pages, the de Vere chapter seems intentionally lightweight indeed.

Wells and associates land only glancing blows, however, linking all the Shahan evidence over and over again to conspiracy theory while looking seriously at the many fictional treatments of Shakespeare in film (indeed, the cover of the Wells’ volume features actor Joseph Fiennes in the 1998 fiction Shakespeare in Love). Shahan, on the other hand, comes back with the author’s obsession with Italy (Shakspere, of course, never left England), Shakespeare’s knowledge of law and medicine, and even the revealing changes to the bust of “Shakespeare” in Stratford.

Wells finally takes on Shahan’s own Declaration of Reasonable Doubt with the argument that the Declaration seems connected to people who want to “promote their own theories about 9/11 or argue (in one case) that Shakespeare was a woman.” A low blow to be sure. The Wells’ team insist that if the Declaration is to be taken seriously it must supplement its list of signatories with real, “documentary evidence.” Until such evidence is produced, we are told, the Declaration’s intent to legitimize the academic study of the authorship issue, “will remain unfulfilled.”

It is a woman, ironically, who lands the strongest shot of the battle, who sends the Stratford man to the canvas with exactly that: “documentary evidence,” evidence that no one on the Wells’ team seems able to stand up and refute. This solidest of evidentiary blows references authorship scholar Diana Price and her own extraordinary book (Shakespeare’s Unorthodox Biography). It is Price who brings into the battle some two dozen dramatists from the period. A core part of the Shahan book, she looks at each writer in terms of education, correspondence concerning literary matters, proof of being paid to write, relationships to wealthy patrons, existence of original manuscripts, documents touching on literary matters, commendatory poems contributed or received during their lifetimes, documents where the alleged writer was actually referred to as a writer, evidence of books owned or borrowed, and even notices at death of being a writer. Such evidence, we find out, exists in some or even all of these categories for each of the writers studied. For the Stratford man, however, not a single check in a single category. Stratford comes up blank.

All that that the Wells’ team really proves here is that they can be very good at not looking at evidence and that they are really fine at attacking messengers rather than messages, par for people working on faith rather than fact. No surprise that. It took authority 500 years to admit it was wrong about the sun moving around the earth. During those centuries, those who kept trying to show people the facts were ridiculed into oblivion. And, no doubt, those who today want to open the authorship debate in academe find themselves under similar attack. Trial by real evidence will just have to wait a little longer. The Cambridge Press Goliath does little more than huff and puff and shadow box around the issue. Despite Wells’ attempt to put the challengers away in this battle, the authorship issue, without any doubt, remains and seems (if the remarkable number of books pouring out on this subject is any indication) to be getting even hotter.

Does it ultimately matter? The plays still remain whoever wrote them. Certainly that’s true. But if we get the identity of the greatest writer of all time wrong, surely there’s a problem somewhere that needs to be solved. 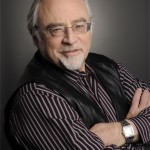 [1] Don Rubin is President of the Canadian Theatre Critics Association, Editor of Routledge’s six-volume World Encyclopedia of Contemporary Theatre and a Professor of Theatre at Toronto’s York University.