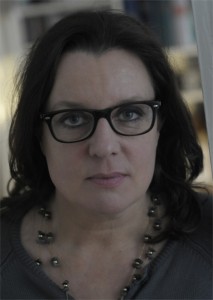 The webmagazine nachtkritik.de was and continues to be an attempt to respond to radical changes in the public sphere. Theatre, of course, is no newcomer to the development of performative forms that call on audiences to become actors, and increasingly confront the artwork with the right of participation. This meant for us that criticism in its traditional, authorial form was no longer sustainable. Criticism, as we saw it, was no longer able to pass final judgement on the artwork, it could simply open up the conversation. So nachtkritik.de was founded in spring 2007 by four critics and one visual artist. The portal now has a 10-person editorial team and about 50 freelance writers across the German speaking countries. We reach about 200,000 readers every month.

The performing arts today play an intermediary role at a range of intersections: the transition between public and private space, the border between fiction and documentation, the virtual and physical world. Clear distinctions and definitions have become difficult in a world that increasingly presents itself to the individual as an impenetrable conglomeration of staged situations, images, and alienating circumstances. In this scenario of disintegration, the role of the performing arts is increasingly to present the individuals facing the artists in the theatre with a cognitive or sensuous grasp on things; offering them a set of tools that will allow them to describe, deconstruct, and potentially cut through the sealed media user interface which, more and more, is presenting itself as our social reality. Should criticism continue in this radically changing scenario as if nothing had changed? Those were our initial thoughts when we founded nachtkritik.de five years ago. “We are opening up criticism’s one-way street to traffic coming from the opposite direction.” That was our credo. We had no idea where it was headed. All we knew was that it couldn’t carry on regardless.

First off I would like to briefly describe how nachkritik.de works:

Nachtkritik.de is currently run by 10 editors. Then there are between 50 and 60 authors across Switzerland, Austria and Germany, because nachtkritik.de reports from all German-speaking countries and sometimes beyond. All nachtcritics are professional critics who work on a fee basis. There are no salaried editors or writers, no office, no travel expenses, no expense allowances. For the weekly editorial meetings and the quarterly editorial convention we take turns meeting in our private apartments. Nachtkritik.de is a precariously financed initiative that is essentially carried by the idealism of its makers. Advertising revenues are growing steadily, as is our readership, but we have no business model and none of the editors, myself included, can actually live from working at nachtcritik.de.

Our webmagazine publishes reviews the morning after a show has premiered. The next day we add to this review summaries of the reviews published in the newspapers and on the radio. As soon as we post our reviews, nachtkritik.de readers can comment on them, offer counterarguments or write their own reviews. In this way, we present a multifaceted critical response to each artistic work. In addition to reviews we post topical reports on theatre-related issues, articles about government cuts and the repercussions for theatres or freelance companies. There is unlimited access to all the texts in an archive that is free of charge.

Decisions about which premieres to review are reached through direct, democratic structures. The interests of our readers, who are generally in larger cities, are as relevant to this process as our own concerns about reflecting the full breadth of the German-speaking theatre landscape. In these times, in which austerity threatens smaller theatres in particular, we believe that creating visibility on a national level can help secure futures. However, the ultimate criteria for deciding whether or not nachtkritik.de reviews a production is the quality or innovative potential of the artists or ensemble behind it.

Nachtkritik.de has now been online for five years. What has been our experience?

From the outset the greatest scandal was our comments section. People resented us for allowing voices that had never been heard before to suddenly take part in the conversation about art. We were accused of cannibalizing theatre criticism, handing it over to the mob. Yet crude comments on nachtkritik.de have always been the exception. Quite apart from the fact that our editors read every comment before they are posted publicly. Nor does the debate take place only between anonymous commentators: sometimes theatre artists join in themselves, using their real names. In these times of Facebook and Twitter, the old representational system, in which a few spoke for the many is a thing of the past; even if this fact didn’t reach the exclusive quarters of high culture until recently.

The uproar has since quietened down a bit, because, even in the theatre, people have realized that there can be no return to the old days when only the person in the spotlight has the say. Almost all theatres now have their own Facebook pages or send out news to their audiences via Twitter.

“But the way you write online is no different to the way people have always written in print”: this is the new charge that is being levelled at us. But it’s only partly true. First of all, we had no intention of reinventing the review, all we wanted to do was change the conditions. If you have to reckon with receiving an immediate response, you weigh your arguments carefully; the critic has to defend his expert status with every new text. Nachtkritik.de does not want to abandon all criteria in the discussion about art. However, public debate forces each of us to disclose these criteria in every review, or at least to place them at the disposal of the reader. The critic is no longer protected by the discourse power of the publication for which he is writing. Rather, he becomes part of a public discussion that is organizing itself anew. But this has still not defined the place of criticism. So the question remains: for whom and to whom is the critic actually talking in our internet society? 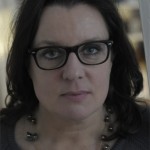 [1] Esther Slevogt is an author, theatre critic and documentary filmmaker in Berlin. 2007 she was one of five founders of the independent internet theater journal nachtkritik.de where she is managing editor since then.