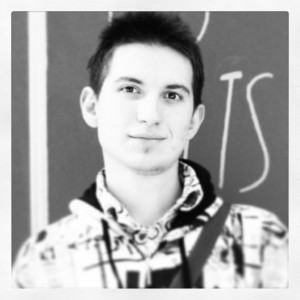 The works of Henrik Ibsen have an important meaning in the development of Bulgarian theatre throughout the twentieth century. No matter what we may say about the father of modern reform in the field of drama, it will not be enough, because in fact Ibsen represents within himself so many stories, worlds and characters that even today, more than a century after his death, researchers and artists from all around the world continue to discover many new meanings in his plays.

Ibsen appeared on the Bulgarian stage for the first time in the remote year of 1897 when the actress Roza Popova translated, directed and starred in Nora for her traveling theatre. In Bulgaria, the author is well known in theatrical circles and, although he is not always presented on stage, depending on the ebb and flow of interest in his works, audiences recognize his style most clearly in A Doll’s House, Ghosts, Hedda Gabler, The Master Builder, Peer Gynt, Little Eyolf, The Wild Duck, John Gabriel Borkman, An Enemy of the People, and When We Dead Awaken.

The latest production of a text by the great playwright is the famous play A Doll’s House, set on the stage at the Drama Theatre in Plovdiv. The performance is determined by the aesthetics of the new commercial and market-oriented twenty-first century. An epoch of corporate interests and clearly-set boundaries between the rich and the poor, the powerful and the subordinated; an epoch, when the self-presentation is the new hope—to be “yourself” gives way to “the idea of yourself.” And exactly that idea creates boldly new social and personal realities that inhabit it comfortably and without impunity. Or at least it seems so.

In the show, directed by Kris Sharkov, many of the questions that the text sets in its narrative are fundamentally solved. This definitely does not refer to the topic of the rebellion of Nora, which is basic in the play; it is not even about the delicate matters such as: does the character have her own personality or does she belong to her husband. Sharkov ambiguously declares her status as a hostage, or even more—she belongs to Helmer physically. She is his property, just as a book or a doll would be. In this case, the spiritual unity within the meaning of marriage does not determine the action. And in order to provoke all these conclusions, the director resorts to the brilliant decision to compare all the characters of Ibsen using the same criteria.

The stage design by Ognyana Serafimova presents a huge snowglobe, which becomes the home of Helmer. It is semantically loaded because of the many meanings that it produces on each level. The snowglobe is a closed idyllic space dedicated to the preservation and formation of dreams. The dreams of Nora of a perfect family; the dreams of Torvald of a perfect career, of a perfect life. The snowglobe resembles a capsule of happiness, a place isolated from the external environment, wherein Nora’s isolation is the key to the lack of change, to the constant idea of security. This is the world in which Helmer wants to capture his wife, so that she will always remain within the boundaries of his imagination. The glass ball is nothing but a prison, an exaggeration of the family’s problems. It is a cage for a bird, an aquarium for a goldfish, a capsule for beauty. Nora’s beauty.

In a house like this, peace should not be disturbed by any ordinary problems. Even death is not considered seriously—it is almost an annoying and difficult-to-understand phenomenon. Nowadays, the contemporary ideal for a home is: to be exclusive, modern and swanky. Homes are comfortable, when they are in the order of the day, when they are expensive and luxurious. But here the emphasis is on the stagnant but representative and glossy business environment which refers to the corporate ethics and home as the place of the career. The idyll here does not derive from the warmth of objects—on the contrary, the more unfriendly and more business-looking the space, the more alien from the characteristics of the human, the better it is. Business ethics here are a sign of well-being to the highest extent; therefore Nora can be observed solely through the prism of Helmer’s wealth and prosperity. She lives in his professional life as a trophy to be displayed; she is part of the material wealth of her husband and she loses her value as soon as she dares to show the specific personal qualities of a woman, a wife and a mother. Therefore, the aim of Nora’s sacrifice does not matter. The important thing is that she breaks the principles of the corporate ethics, which is the main legal unit in and outside the home. She breaks with the principles of Helmer.

Nora becomes aware of her own personality only when Helmer rejects her in legal terms. When he refuses to defend her in court, she sees the truth about her husband for the first time. Even more. She sees herself as an object, as a doll, as a trophy—his indisputable right, but having broken the rules, she does not belong to the home any more, to this exemplary home.

Another ambiguous metaphor in the interpretation of Sharkov is the feathers. On one hand, they recall the idea of a bird. And the bird has always been a symbol of freedom. But in this case, this freedom is lifeless, therefore the feathers have fallen, like snowflakes, onto the ground. They move up into the air only when Nora is alone and speaks to them. And then these feathers, as if parts of her broken personality of a free bird, obey her will and start flying around her. When the space is inhabited by others, then the feathers become a beautiful white office carpet, a symbol of neatness and idyll in this perfectly arranged house.

Outside this home is the other world in which Nora has no place. When she decides to leave the greenhouse, in which she herself or the idea of herself have been raised, that can mean only one thing: death. Because outside–the world is a different place. In it the memories are not preserved in a snowball, they are not at a standstill, we cannot just shake them and then observe them fade away. Outside time runs faster, the reality is different. Reality (self) kills you! 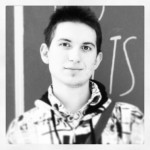 [1] Mihail Baykov is a theatrologist and theatre critic. The author is especially interested in theatre criticism, theory and history. He graduated from the National Academy for Theatre and Film Arts (Bulgaria) with a BA degree in Theatre Studies and Theatre Management (2011) and an MA in the Art of the Theatre (2012). He works as a dramatist and an expert in International Relations department at the National Theatre of Bulgaria.