In this issue of Critical Stages, we are publishing two essays of a completely different kind, but both very inspiring and written by distinguished scholars, Maria Shevtsova and Patrice Pavis.

Shevtsova’s article is a detailed and elaborate performance analysis of the staging of Chekhov’sThe Seagull, directed by well-known Lithuanian director Oskaras Korsunovas. Out of this concrete analysis, she develops some important conclusions on a general level about both Korsunovas’ actual stage poetics and the interpretative possibilities in contemporary stagings of Chekhov’s plays. Shevtsova writes about Korsunovas’ development from the “highly theatrical idioms” of his works in the ‘90s to the actual, highly realistic acting in the spirit of Stanislavsky (in this performance emphasized by the rehearsal-like stage conditions) and the dramatic accent Korsunovas put on The Seagull of an existential, Hamlet-like dilemma—“Who am I?”—which strongly refers to an omnipresent lack of love.

A basic hypothesis of Pavis’ long and scientifically elaborated article is that, among other contemporary theatre practices, dramaturgical analysis—the work of the theatre director’s literary advisor or “dramaturge”—is also in a state of mutation which offers a very vast but confusing territory of different methods. He starts with an elaborate historical overview of “classical” dramaturgies, those of Lessing and Brecht in the first place, and finishes with a set of dramaturgical practices which fit into the contemporary theatre and performing arts. Just to name a few of the approaches Pavis mentions: devised theatre, educational dramaturgy, actor’s dramaturgy, postnarative dramaturgy, visual dramaturgy, dance dramaturgy… He finishes with a question mark: Is there a risk that these new dramaturgical approaches will become somehow enclosed in themselves, as was the case with dramatic texts before dramaturges opened them to the life of the stage and to the social life of their times?

[1] Ivan Medenica, PhD, was born in Belgrade, Serbia. He simultaneously studied Philosophy and Dramaturgy. Medenica holds the title of associated professor teaching The History of World Drama and Theatre at the Faculty of Dramatic Arts and he is, at the same time, the Chief of the Department of Theory and History at FDA. He regularly publishes articles in the national and foreign theatre periodicals; his articles have been published in French, English, German, Czech, Hungarian, Spanish, Polish, Slovakian, and Romanian… He was the Chairman or co-Chairman of four International Symposiums of Theatre Critics and Experts (2003, 2006, 2009, 2012) organized by Sterijino Pozorje festival in Novi Sad in cooperation with IATC. He has participated in a number of conferences abroad: Prague, St Etienne, Moscow, Vienna, Budapest, Bratislava, Avignon, Sofia, Almada, Maribor, Jonkoping, etc. He is actively engaged in theatre criticism. He has received the annual National Award for the Best Theatre Criticism five times. From 2003 till 2007 Medenica was the Artistic Director of the Sterijino pozorje theater festival in Novi Sad. From 2002 till 2012 he was an editor in the main Serbian theater journal Teatron. In the period 2011-2013, Medenica was a fellow in the International Research Center The Interweaving performance cultures (FU, Berlin). From 2007, he is The Adjunct Secretary General of the IATC. 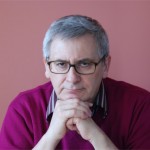