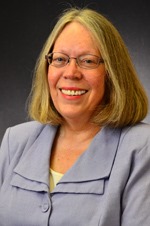 Chicana voice trainer, artist, educator, and activist Micha Espinosa has embodied and given voice to her scholarly research through a solo performance piece she calls Taming the Wild Tongue. I was privileged to experience this piece during the Freedom and Focus Conference (2012) in Vancouver, British Columbia, Canada.

I say I “experienced” the piece because, indeed, the audience was directly engaged by Espinosa’s self-described “Frida Kahlo…trapped in her Elizabethan head dress and ruff…trainer/tamer” persona. Wielding a stick topped by a tongue and larynx which appear to have been ripped from the throat of a disobedient student, the clinician/tamer confronted the audience by labeling each of us who fell under her scrutiny as acceptable or not. Those deemed “unacceptable” were separated from the larger group, physically in some cases, with the orders to go and improve their speech.

Watching others labeled as “unacceptable” being isolated or berated created a deep sense of empathy in me and evoked uncertainty about how to tackle the complex problem of exclusion versus inclusion in theatre pedagogy and production. These interactions provided insight into the plight of the “unacceptable” speaker. The visceral impact was immediate and profound. The piece was emotionally evocative as well, which added to the depth of the experience.

When I was deemed “acceptable” the all-too-human sense of relief stilled the anxiety created up to that point. This was followed, however, by a different sort of unease at being set apart in a different way—as the “acceptable” type—while others were rejected.

In her scholarly investigations, Espinosa looks at voice training in the United States for acting students from non-dominant groups, an experience of which she has first-hand knowledge. In her artist’s statement she notes that her inspiration comes from Gloria Anzaldua’s book Borderlands/La Frontera: The New Mestiza (1999). She goes on to say that “the key questions I investigate are: How do we develop and embrace a border-sensitive pedagogy? How do we incorporate teaching savvy and cultural sensitivity in our practice to support students’ efforts as they navigate the complex changes we ask of them: How does one enter a community, join that community, be a part of that community, help develop the future voices in that community without requiring, conveying, or exemplifying a Euro-centric voice?”

The potential damage that can be wrought upon a voice student who speaks with a “non-standard” dialect is powerfully demonstrated through her performance and its exploration of the methods used to standardize speech. The performance included poignant moments such as this vignette: As audience members arrived, Espinosa’s character targeted individuals. Like some supreme being separating the goats from the sheep, she commanded one man to exit to the outdoor balcony while a woman was more gently told she was allowed to enter the theatre proper. Adding to the growing tension, the ejected individual could see and be seen through the windows of the room.

The piece also exhibits the potential of perpetuating the cycle of damage as the “tamed” student becomes the teacher. On her bare skin, the trainer/tamer reveals the truth of her suppressed emotions and the violence wrought on the deeper levels of this being—fear at gut level, pain and broken scrawled across the chest. Without her authentic voice, however, she opts to follow her training and continue in the practices once used on her.

Though the piece deals with a serious matter, it was also performed with a comedic tone. This, of course, is an incorporation of one of the oldest tricks in the theatrical trade. Through the use of, for example, exaggeration, the very confrontational form of the performance piece and the seriousness of the issue were made a little more palatable. This strategy allowed the audience a way into the subject even as they were forced to experience the status of “otherness.”

In a previous teaching position, work with Japanese international students had heightened my awareness of the difficulties faced by speakers of English as a second language, especially those attempting to study and perform in theatre. In that instance, I worked to create alternative opportunities for these talented, eager, and highly motivated undergraduate students. These included bilingual performances and performances entirely in Japanese. This solution, however, did not directly address some of the more profound issues underlying the bias toward one standard of speech.

Perhaps, with the use of color blind or non-traditional casting as a model, theatre artists can explore educating our audiences to suspend their disbelief and accept a kind of dialect-blindness when they hear an accent or dialect that is “non-standard” or unexpected. This may calm the ferocious spirit of Espinosa’s tamer/trainer and lead her and her compatriots to a new form of pedagogy for voice training.

Micha Espinosa’s work breaks new ground in the voice training community and theatrical production. The issue of inclusion and recognition of cultural variety rather than a one-size-fits-all mentality is currently at the forefront of topics being examined in higher education and theatre. Her call for developing and embracing a border-sensitive pedagogy has the potential to open discussion on increasing sensitivity to borders beyond only national/cultural to include socio-economic, sexual, differently-abled, and others.

In the conclusion of her research paper “A Call to Action: Embracing the Cultural Voice or Taming the Wild Tongue,” Espinosa states:

Theatre performance has often embodied and given voice to the disenfranchised and revealed hidden issues allowing previously taboo subjects to take center stage. Reflecting on Espinosa’s question, “How does one enter a community, join that community, be a part of that community, help develop the future voices in that community without requiring, conveying, or exemplifying a Euro-centric voice?” I am struck by the nature of assumptions and biases that are held across theatre pedagogy and performance. And yet, there is not an easy fix to this “problem.” Some may say it is not even worth pursuing because of the verbal nature of so many of theatre’s offerings, but the potential for transformation that education and the art of theatre offer leads me to argue for finding avenues of “embracing” rather than “taming.”

Espinosa’s research, including this extraordinary performance piece, provides an avenue for new understanding and can serve as a foundation for questioning outdated modes of teaching that need to be set aside to create a more inclusive model. Bringing the question to an audience through the medium of performance underscores the ability of theatre to impact modes of thinking, create empathy, and encourage self and community discovery and exploration that may lead to deeper cultural inclusivity. 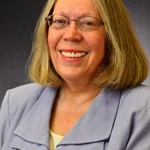