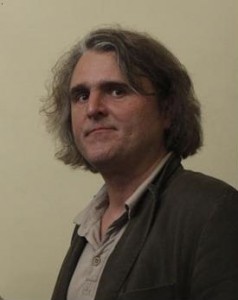 Certainly the most controversial and hotly debated performance in the Budapest showcase in March 2013—some American spectators even left in protest against its alleged sexism and racism—was the adaptation by Mundruczó (born 1975) that makes Coetzee’s novel (1999) Disgrace into a dense and morally explicit stage version.

Mundruczó’s background in film looms behind nearly everything he does as a director in the theatre, and here it is once more greatly supported by Márton Àgh’s set design combining several spaces into a complex home for the action which ranges from the university in Cape Town to the farm and the veterinary station with an incinerator seen to the left. Overall, everything looks heavily used and somewhat trashy, but this multi-layered space also allows the narrative to move with the quick movement of an effective “journey” play.

It opens with the shocking gang rape of Lucy (Orsi Tóth), which is indeed hard to bear but actually puts in a nutshell the complexity of the many questions raised by the novel. This opening also points toward a way of understanding the story: away from post-apartheid South Africa to a more general contemporary world and its conditions of inhumanity, abuse and disgrace. The question is, of course, how much of South Africa can be left behind and where it is then to arrive, once such a trans-geographical journey is on its way into the theatre.

As a close-up—and this is Mundruczó’s principal mode of staging powerful scenes within the big picture— it shows the rape of a young woman (played by the actress, Orsi Tóth) of great physical fragility and an almost androgynous appearance, while the race of the rapists is marked only with curly Afro wigs. (This can, to some extent, be understood as a thoughtful response to the loaded arguments about black-facing in recent German theatre, as Disgrace premiered in Summer 2012 at the Wiener Festwochen festival.) Later, when Professor Lurie (played by the fabulous Sándor Zsótér) is being interrogated, courtroom style, about the seduction of a student (Annamária Láng), the same group of actors plays the students surrounding this event, having easily changed the racial and social aspects of their characters with almost farcical energy and playful theatricality.

The show arrives thus in the world of its viewers, and it wouldn’t even need the few references to the Hungarian world today, where it is easy to decode it as a tale of once-privileged people who have been replaced by people (and the whole system around them) who are not much better than before, and whose moral standards may be even further degraded—or disgraced. Mundruczó’s version has the power to lift the novel’s issues from there to here, from the world of Coetzee’s fiction to a theatre that needed more questions than answers, and remains therefore rather hopeless, despoiled, even despairing.

The other layer of motifs introduced from Coetzee’s work is, frankly speaking, even more horrible. The cruel rape “intro” takes up the notion of the blurred lines between man and beast, or human and animal; the business of the stray-dog killing, that triggered the debates about the novel being post-human or nihilistic, is maybe the point of no return beyond the shocking rape in the sphere of “readable” social reality. Mundruczó uses this, nevertheless, as a recurrent issue of his adaptation, if not the foundation for the whole examination of whether dogs are simply better humans and therefore their victims (after millennia of being watchdogs, hunting companions, pets and, remember, also weapons).

Mundruczó puts the dog question with the barking of characters, a sound track and a real cute doggy right by the furnace—this is how he shows humans from an anthropological perspective beyond any humanism. That certainly addresses not only the human condition of the audience in his country (or any other, including Coetzee’s in South Africa); it also raises a philosophical question with aesthetic means. Theatre becomes, in the mode of aggressive and likewise subtle cinematographically informed theatre styles, the question of our selves. Our Disgrace. No exit. 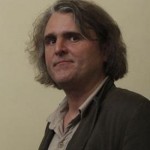 [1] Thomas Irmer is a theatre critic and scholar based in Berlin, a regular contributor to Theater heute and Szinhaz.