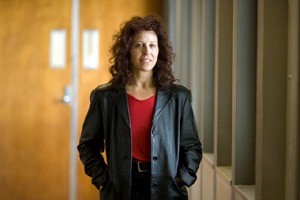 Shadowy shapes, frozen in dance in a darkened nightclub. The tableau resolves into men and women, who silently move to the edges of the stage and take up seats in straight-backed wooden chairs. They sit onstage in the conventions of a Spanish cuardo, the mis-en-scene of a tablao or flamenco nightclub, where chairs flank the three “walls” of the stage and the fourth wall remains open to view. Musicians line the back wall; dancers sit stage left and right, attentively facing centre stage. Like the audience, they are waiting for something to happen. They do not have to wait long: the music is so compelling that a lone woman arises and begins to dance, a sinuous movement. When her dance is concluded, another dancer arises. Women and men perform solos, a man and woman dance together; three women challenge each other on the floor. All are supported by jalos, shouts of encouragement from the dancers watching, as well as an occasional Olé! from an aficianado in the audience.

Peña Flamenca is the latest production of La Rosa, South Africa’s premier professional Spanish dance and theatre company. The production was mounted at the historic Masque Theatre, an intimate amphitheatre in Muizenberg. La Rosa, formerly La Rosa Spanish Dance Theatre Company, formed in 1999 under the artistic directorship of Carolyn Holden. The Cape Town-based dance company performs in Cape Town and surrounds and across South Africa, and many of the dancers have traveled for instruction to Spain, as well as studied under the professional flamencos Holden has brought to Cape Town for teaching and choreography.

This choreography was conceived by the famous Spanish flamenca Eliezer Truco (La Truco) and South African flamenca Carolyn Holden. The production included two new pieces which are considered features of the show. A Fandangos de Huelva opened the show, and the choreography for this and the solos in the Bulería finale were facilitated by Holden. La Truco traveled from Spain to Cape Town, where she set the choreography on the La Rosa troupe. 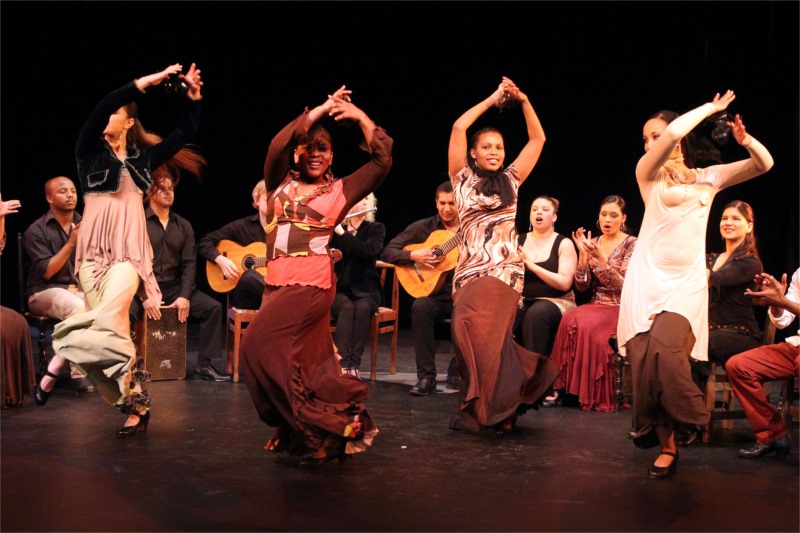 The cast was rotated from show to show and included the local dancers Ché Adams, Maria Cortes, Deidré Jantjies, Thandolwethu Sam, Luvuyo Simandla, Ndumiso Tafeni, and Lisa Ventura, all of whom were given opportunities to create short solos for themselves. This challenged the dancers to make their own relationships with the music and the musicians.

Live music was created for and improvised in performance by Bienyameen Camroodien on flamenco guitar, Robert Davids on cajón and percussion, Robert Jeffrey on guitar and cello, and Heather Roth on flute and saxophone. Loreán Swartz provided the vocals, sometimes accompanied by members of La Rosa’s current vocational training program. The choice of the musicians is an interesting one: Roth’s flute provides a beautiful and at times haunting addition to the music, while Swartz is a largely self-taught cantaore— to my knowledge the only flamenco singer in South Africa.

This show generates from the conceit of the Spanish peña, a private gathering for flamencos and flamencologists; thus the atmosphere, staging and above all excitement of a peña produce effects of intimacy, spontaneity and virtuosity. If a peña flamenca is a regular, informal social activity for locals within a Spanish dance community, where participants can practice and spontaneously perform, then it is also a sought-after experience for flamenco aficianados traveling to Spain. The peña provides a sterling opportunity to witness flamenco puro—the real deal or authentic voice of flamenco—without the stereotypical trappings of red and black polka-dotted dresses, hats with tiny pompoms, or steps and accessories derived from other dance forms (such as folklorico) or developed expressly for the tourist trade. Dancing and singing in a tablao (a performance space with a conventional stage) may be excellent but is likely slanted towards the guiri (tourist), while a performance in a peña calls out the true flamenco dancers and singers to perform for their colleagues.

Mediation of this performance thus generates an additional layer through which to watch and enjoy the narrative: in the peña context dancers move for each other, ostensibly in an unrehearsed, fully improvised and quite spontaneous display of virtuosity. In such a setting they are propelled onto the floor not by a lineup but by duende—the internal spirit of the dance made manifest in the moment of its realization. Of course the audience at Peña Flamenca is aware that the dancers are following a carefully choreographed, highly technical program, in which music, steps and story have been thoroughly considered. In an actual peña, generally held by invitation, it is possible that no dancer would feel the duende and thus the ‘audience’ would see no dancing at all. La Rosa’s loyal following might accept such a convention, but the funding bodies supporting the performance would not.

Consistent with recognition of audience expectations, there were a few regional and ‘Spanish dance’ accents, primarily in the finale. Castanets, not a staple of flamenco, were brought out; a dance with a traditional tail skirt, like a peacock’s heavy drape, swept the floor; a fan dance was performed with two large fans.

Flamenco is generally believed to have come from the working classes in Andalusia, and to have been musically influenced by Gypsy life and musical culture. It is often confused with regional Spanish dance. In folklorico, for instance, castanets are used as a rhythmic instrument played by the dancers (akin to finger cymbals in kathakali); flamenco relies on palmas (rhythmic hand-clapping) to beat the compas of each dance. During the Café Cantantes era, a mid-19th century phenomenon in which cafés and café entertainment flourished, flamenco was performed by lower or working class artists for upper class Spaniards. Subsequently it was elevated to the status of a performing art.

Only after this period did flamenco formalize into a dance system, or codified form, taught in schools alongside accepted Spanish dance forms. Transmission appears to have been inter-familial; hence the rise of Gypsy family dynasties and the confusion of flamenco with ‘Gypsy dance.’ This is also responsible for some of the mystique and remoteness surrounding flamenco. The peña is considered the site for inspiration, where technical mastery, personal artistry and the improvisational moment of duende meet. Without duende flamenco does exist, but lacks the ‘fire’ associated with flamenco performance, mythically linked to Gitano (Gypsy) roots.

I have seen the growth of this company in performance, especially after the residential tuition of Spanish flamencos and company members’ study visits to Spain. La Rosa runs a fully-fledged training program, as well as a dance company almost continuously rehearsing and/or performing. The female dancers have tended to dominate in technical proficiency, or so it seemed during the performances I attended the past three years. This is changing, as each of the three men of the company makes evident technical gains. The men (Sam, Simandla, and Tafeni) were always enjoyable to watch but now have come into their own.

In this form a certain amount of confidence is necessary, whether real or projected. I would venture that the confidence is quite real, as the men are all becoming proudly flamenco. In partnership with other dancers, whether dancing as a male trio (as in previous productions) or with a woman in duet (as in this one), their confidence adds sizzle to the stage.

Perhaps the company’s tour to Grahamstown, for the National Arts Festival (in June 2012) matured their work. On the night I attended I had to wait most of the night to see the dancing of my particular favourite, who had been jumping out of his skin with anticipation. He at last arose from his chair and began a solo that began slowly and then caught fire. The duende was palpable.

La Rosa is an integrated company, with people descended from Cape Malay ‘Coloured,’ Black Africans, Indians and white Europeans (including Semitic Sephardim classified as White). Although Apartheid was delegalised and Nelson (Madiba) Mandela was released from Robben Island in the early 1990s, racial categories remain part of the cultural language and political landscape. All three of the male dancers are of Xhosa heritage, which imparts an isi-Xhosa flavour to the jalos and possibly to their dancing. La Rosa’s language of tuition is English, and Spanish is taught as part of a three-year training program; the course is now in process of being nationally accredited.

The night’s peña was a means of further educating the audience about the de-mythologizing of flamenco. By departing from its Spanish dance associations, and delving into fusion and hybrid forms, La Rosa has joined ranks with flamenco nuevo artists in Spain—artists who choose to create new possibilities and challenges for flamencos and their audiences. Peña Flamenca raised the company’s bar not only in terms of artistic achievement but also in its ability to theorize performance and generate a more informed audience. 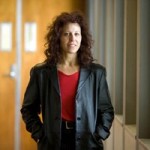 [1] Rob Baum is Professor and Director of Creative Arts at University of Zululand. Her research interests range from African dance ethnology and spirituality to dramatic and performance theory. She is a dance/movement therapist, poet and performer.