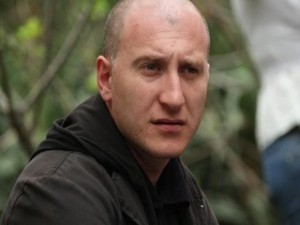 It is unquestionable that the socio-political atmosphere and civil life are reflected on a stage in a straight line. The theatre art is never out of the time. A specific performance is created in a certain time and exists within it; thus, the themes of theatre pieces are always relevant to society. In the Soviet period, theatre was not only art, but also a political tribune and an ideological machine. After the collapse of the Soviet Union, theatres of the post-Soviet countries became theatres of the free and independent states. This huge political occasion caused shock and confusion among the leaders of the theatres. It became quite difficult to discover the actual topics or specific theatre language to make spectators interested, excited and attracted; this was caused, in part, by the disappearance of censorship. The directors were staging the performances about topics which were less interesting for spectators, and they didn’t care.

The production The Entertainer by Avto Varsimashvili (based upon John Osborne’s play The Entertainer) was particularly significant during this period. It covered the vital issues of the Abkhazeti War and was listed in the acting repertoire for a long time. The performance was based on a sample of the Georgian family and highlighted the feelings, disposition and condition of the whole of Georgian society during and after the war. The acting heroes of the theatre generated sympathy, love and regret among the spectators. The post-Soviet Georgian theatre began to search intensively for new forms and carried out experiments. It strived to implement the styles and forms of the performance which were prohibited and suppressed during the Soviet period. But, the process had not quite achieved the necessary relevance; consequently it did not found followers among the spectators and theatre figures.

Since the announcement of the independence of Georgia in Tbilisi in 1991free and independent theatre spaces have opened; such as Liberty Theatre, Royal District Theatre, and Theatrical Cellar. From the beginning, Liberty Theatre was the pre-eminent political theatre, and its founder, Avtandil Varsimashvili, staged his self-written and self-directed play Provocation in 2002. The Liberty Theatre was located in front of the Government Palace, which also houses the president’s residence. In the performance actors were abusing government and the president with rude words, and criticizing him freely and radically. This was an aggressive reaction of Georgian theatre as it escaped from censorship; which might be considered to be another form of extremism, in the wake of the Soviet censor. Despite its scandalous disposition, the performance was not forbidden and the government has not expressed any criticism of the play or of the Liberty Theatre itself.

The directors of the older generation (Mikheil Tumanishvili, Robert Sturua, Temur Chkheidze) were creating their work within the climate of the Soviet theatre, but the younger generation emerged during and after the dissolution of the Soviet Union. Sturua took a leading role, and the influence of his aesthetics on the Georgian theatre is strong and powerful to this day; and it is likely to endure for some considerable time Sturua, as a director of the Soviet neo-avant-garde, continued to struggle against a censorship which did not actually exist (during the period of the presidency of Eduard Shevardnadze, 1995-2003). After the Rose Revolution, Sturua outlined the reality not in terms of metaphors, but with allegorical sketches.

Sturua had already criticized, not Communism, but neo-Bolshevism, with a particular consideration for Saakashvili’s presidency. In this context, we should highlight the production of Irakli Samsonadze’s play In the Evening Garden, as in a Colourful Dream,directed by Giorgi Tavadze, artistic director of Batumi Drama Theatre and apprentice of Sturua. Tavadze described the reality with allegorical language and drew parallels with Bolshevism. However, the the production did not prove attractive to the majority of citizens, who were still engaged in a sense of euphoria surrounding the President’s election with a majority of the popular vote. An opportunity to assess the dark shadows which were cast upon the new governance was lost. The government did not react instantly towards the political criticisms within the productions of Georgian theatre directors’. The PR campaign for the production of The President, the Security Boy and Love by Sturua (which was staged at Georgia’s pre-eminent theatre, the Rustaveli) was disseminated widely by TV and the press. The government did not respond to Sturua’s presentation, and the theatre continued to work as normal.

After several years, the ideological censorship of the Soviet period was replaced by financial censorship. The government stopped financial subsidies to productions which and directors who expressed criticisms of the state. Sturua attempted, unsuccessfully, to provoke the government and to get it involved in debate. The government gave little attention to the political productions. So apathetic and indifferent was the government that the work of the Rustaveli Theatre and its world famous director, Sturua, usually carried on without political interference. Unlike under the Soviet system, theatre was not considered a threat; the government seemed to believe that theatre had been replaced by TV. Consequently, Sturua (among other directors) made speeches on TV which were openly critical of the government, and subsequently he was dismissed from the job.

Sturua seized upon all actions of the government which provided him with an opportunity to criticize authority on stage.. In is production of A Dead Bird in the Field, Sturua was the first who expressed the fear of repression. The production showed how the clichéd phrase “Long Live Freedom” had lost its value and become ridiculous to those who had been grown up hearing such phrases from a regime which repressed them. In Sturua’s work, as well as in reality, the era of the new authoritarian crackdown had already begun. The disguised financial censorship gave rise to a common self-censorship in the productions which broached issues of patriotism, such as the Georgia-Russia War of 2008.

Following these productions, the Marjanishvili Theatre joined the process. Levan Tsuladze, the theatre’s artistic director, offered audiences Kakutsa Cholokashvili. This presentation was one of the most successful historical productions in Georgia in recent years. Why was it so popular? On the one hand, it fed the desire of audiences to see historical plays staged once again on the Georgian stage. On the other, it evinced the strong patriotism of Georgian audiences. The historical chronicle of Kakutsa Cholokashvili was delivered via theatrical forms which elicited emotional outpourings by audiences. It had a great influence, even on the most nihilistic spectator. The production was not distinguished by its artistic value; but it attracted many spectators to the theatre, achieved great commercial success and notably engendered sympathy for the government. Consequently, new opportunities to finance big theatre projects emerged.

The Georgian theatre replied to the Russian aggression after the war of 2008 with patriotically themed productions. The creation of these shows on issues related to the war was a response to the aggression, and one which was made in good faith. The production of Banana and Quince Pudding in Cognac and Rum by Giorgi Tavadze, which was staged at the Batumi Drama Theatre, is particularly noteworthy. A collaboration between Tavadze and dramatist Giorgi Samsonadze,it is a comic fable about Georgia and Georgians, which illustrates both historical episodes and the flawed character of Georgians. Drawing upon the history of Georgia-Russia relations, the play is based upon a sample of typical Georgian family life, and focuses, in particular,on events before, during and after the 2008 conflict. The production underlines Georgia’s pathologic love of Russia. The director reminds the audience, ironically, of the mistakes of the distant and recent past. It should be noted that the performance was presented on the May 26 (Georgian Independence Day) in Chisinau, in the Russian Drama Theatre, as part of the Eugene Ionesco Biennale.

Tavadze tells the truth plainly, wrapping it in allegorical/artistic cloths, and opening out the reality of our lives. He draws an accurate picture of the Russian-Georgian relationship with allegorical and metaphorical precision.

Censorship of different kinds (ideological, financial, self-censorship) will always exist; the important point is for theatre to know how to operate within it. In post-Soviet Georgian theatre, you could mention so-called “Censorship by Society”. By this term I mean that, at certain points, part of society takes to the field against a theatre production, director or company . For example, the non-governmental organization “Unity of Orthodox Parents”, which consists of religious fanatics, is often against productions which deal with religious themes; indeed, it has used demonstrations to try to prevent performances from going ahead. Another example of “Society’s Censorship” would be the demonstrations against Sturua’s production of Twelve Angry Men (Rustaveli Theatre) and Keti Dolidze’s staging of Seroba (Actors’ Theatre), which demanded that the shows not be staged. It should be remembered, however, that these demonstrations failed to prevent any performances from going ahead.

The best example concerning the ideal relationships between censorship and theatre is presented in the production of Raspberry by Levan Tsuladze ( based upon the play University of Laughs, by Japanese playwright Koki Mitani). The central protagonist of this show is the censorship which is living in the souls of the two characters. The artist has a sense of self-censorship and the censor has a rigid character. The production highlights the details of our reality. The newly-appointed cultural censor announces that she does not go to the theatre and is not interested in writing. Furthermore, she considers censorship useless. The majority of Georgian theatre practitioners have been stuck in the same situation. Some readers might think that the there is no real censorship in the 21st-centurycentury, but Tsuladze’s production relates to real issues in Georgian theatre and offers solutions to the problem. Censors such as the protagonist, Neo (played skillfully by Nato Murvanidze), are rarely found in reality in Georgia, However, in 2010, there was an attempt to remove Tsuladze’s production from the repertoire at Akhaltsikhe Theatre.

To take a contrary example. In the production of Balcony by Otar Katamadze (directed by George Shalutashvili), the municipality and the ignorance of its staff are highly criticized. Yet, the Modern Georgian Theatre Research Centre addressed a special letter to the local government to leave the performance in the repertoire list. Tsuladze’s production provides the ideal picture of relations between the theatre and the censor; the censor falls in love with art, becomes “poisoned” by theatre and becomes the main stimulator-generator of creative arts. Her professionalism, deep sense of responsibility and vigorous character makes her friendly to art. The good censor positively defines the creative process, serves the national interest and improves art. This theme is timely, vital and real for our Georgian reality, regardless of the fact that the post-Soviet states live in conditions of freedom, independence and democracy. 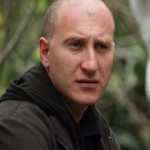