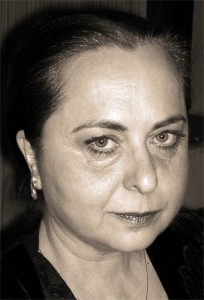 Two opening events, Jean Philippe Rameau’s (1683-1764) The Gallant Indies and The Trojan Women after Euripides have turned the Romanian National Opera in Iaşi into a privileged cultural space. Sold-out performances are given to packed houses, receiving standing ovations. The initiator of this high point of the season is the theatre manager Beatrice Rancea who had the fortuitous inspiration to invite Andrei Şerban.

The director stages a Baroque opera ballet and a tragedy that has reaped tremendous success in famous theatres around the world. The productions are no mere remakes—they are new performances born out of the encounter with the local ethos, with the superb, recently renovated building of the National Theatre in Iaşi, with the performers’ sensibilities and, above all, with the anxieties of our time. Șerban remains faithful to his credo: “I don’t like doing the same thing twice. My thinking evolves.” He is continuously inspired by his passion for renewal. A powerful new element in this process is the bridge between the Opera and the Theatre.

The production of The Gallant Indies staged at Paris Opera Garnier has a much wider scope since the director’s freedom has no boundaries. Impressed by the lavish theatricality, we are seduced by love stories set in exotic places, in which the god of Love confronts the goddess of War. We participate in Inca, Persian, Levantine, Indian, floral celebrations together with the 120 performers. Dancing and singing, they humorously, graciously, candidly celebrate a love feast.

Life seen from an opera box through Andrei Şerban’s eyes is charming. The director doesn’t “make conversation,” he “communicates.” His combination of Baroque and modernism is seductive. He eliminates “the singers’ clichés as well as the traditional clichés—the hidden enemies of the opera,” to put it in his own words. Lured by the theatre, opera singers gain both vocal and dramatic expressiveness. In both the group and close- up sequences, characters become alive through their voices and bodies. The production is decorative and dramatic.

In the interplay of lines, shapes and colours, the dancing arabesques created by the famous choreographer Blanca Li (assistant Deborah Torres) sparkle. One relishes the chromatics and the design of the set and the 700 costumes conceived by Mariana Drăghici—a creator appreciated both in Hollywood and on Broadway. In Iaşi, what we see is a collaboration between her and the stage designer Carmencita Brojboiu.

In polishing the singers’ and the dancers’ performances, Șerban had creative collaborators such as Daniela Dima (second director), Nicky Woltz (stage movement), Gabriel Debeșelea and Adrian Morar (orchestra conductors) as well as Luminița Guțanu (choir director). The singers’ verve and dream enthusiasm catch the audience; the love feast engulfs the house, the performers enter the boxes and we are enveloped in a shower of roses. In a time which loves lovelessly, as Andrei Şerban tells us, the god of Love comes off victorious. In the end, together with the performers and the director, we smoke the pipe of peace, feeling happy and overwhelmed by a sensual optimism.

The pagan faith in love of the Indies touches the divine in The Trojan Women. It is a fragment of a well-known triptych—The Ancient Trilogy, a masterpiece of contemporary dramatic art that changed the face of the Romanian theatre. The first version premiered 40 years ago at New York’s LaMama Theatre and the second version, staged in 1990 in the Bucharest National Theatre, triumphantly toured the world, participating in famous festivals in Europe, Asia and Latin America.

The variant now staged in Iaşi brings new artistic elements. For the first time, The Trojan Women, in the presence of the American composer Liz Swados, is performed as it was conceived for opera singers. Also, for the first time, a score was written for this opera which, until now, had circulated orally. The author is the orchestrator and musical director of the show, Lucian Maxim. A priceless gesture for the present and for the generations to come, for those who will wish to stage this opera.

Just as at the Bucharest National Theatre twenty-two years ago (when I witnessed the rehearsals), The Trojan Women gives us joy and fills us with wonder. We feel that its essential qualities never wear thin. The diagnosis of the world critics—“a milestone in the history of contemporary theatre,” “the reinvention of theatre, a daringly experimental opera”—is confirmed. Together with the new generations of performers and audiences, we realize that this legendary production is still alive. Once again we are thrilled by the wealth of images, shocking associations and explosive visuals. The show is hyperbolical. It is played in the wings, on the stage, in the balconies and, for the first time in the artistic destiny of the production, in a sumptuous house, an architectural jewel.

In the first part, by torchlight, 100 performers construct the procession frieze of the conquest of Troy. Spectators mingle with actors. We are taken to a dark land of flames and blood to witness the executioners’ cruelty and the suffering of the victims. The physical and vocal battle reaches paroxysmal tensions. The stage is seething. The music of the instruments, the words chanted in ancient Greek and Latin emerge in groaning, screaming, yelling. The syllables, the consonants, the vowels are torturing, tormenting, caressing, killing. We are upset by the royal agonies: Andromaca’s heart-breaking lament as she leads her child to death, the outburst of the statuary queen Hecuba who helplessly witnesses the destruction of the citadel and of her people. We shudder with horror at Helen’s lapidation—naked, raped, mud-stained and beheaded for her frivolity, which had caused the downfall of a civilization. The ceremony is violent—it induces panic and a sense of peril. “Theatre should be as such, it should give you the feeling you’re walking the wire,” says Andrei Şerban.

In the second part, the dark energies brighten up. Weightless rhythms become dominant. Historical solitude becomes cosmic. Released from their captivity, the spectators are led to their seats by the Greek conquerors. It is the moment of reflexive consideration. The music of instruments and of words, a mixture of archeology and anticipation created by Liz Swados, the exquisitely stylized costumes conceived by Doina Levintza, the plasticity of the movement and the immobility of the statuary groups created by Nicky Woltz engender energies and powerful emotions which amplify, distort and sublimate the performers’ and the audience’s feelings.

A masterwork of direction by Andrei Şerban, the performers take risks. Physical and psychic barriers are removed. The play is performed in a state of controlled trance. Many sequences of the show have been inspired by ancient rituals from Bali (Indonesia) and Bahia (Brazil), in which flesh becomes spirit. Directed by Şerban, the performers are “cold on the outside and burning within,” balancing between grace and the grotesque, between force and finesse. The double, even triple casting requires inventiveness and fresh reactions. The thrill is transmitted. Inner participation is total. “It’s a dream we don’t want to wake up from”—the actors confessed in unison after the show.

A grim tragedy ends in hope. In times of confusion, greed and desacralization, Andrei Şerban confessed in turn that he cultivates “an art destined to heal, to purify, to strengthen us. An art that helps us live.”

At the end, the Trojan women are pleading shadows overpowered not by the violence of the earth, but by the burden of heaven. As they get on the ship, together with the Greeks, with whom they will build another civilization, a religious restoration occurs. Grief and despair become sacred and meaningful. For Andrei Şerban, theatre is a factory of illusions, a torture chamber, but it is also mystery and liturgy. 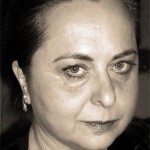 [1] Ludmila Patlanjoglu, PhD, is a theatre critic and historian, as well as University Professor and Head of the Theatre Science Department at the “I. L. Caragiale” National University of Drama and Film Arts in Bucharest, Romania. Degree Honoris Causa conferred by The Arts University in Târgu Mureş, Romania (2012). She was formerly President of the IATC- Romanian Section (1999-2008) and a Member of IATC’s Executive Committee (2001-2007). She is currently an honorary member of the IATC – Romanian Section board (2008 – present) and a Member of the Romanian Theatre Artists’ Association (UNITER). She directed the 2002 and 2003 editions of the “I. L. Caragiale” National Theatre Festival in Romania and the 21st Congress of IATC organized in Bucharest (November, 2003). She launched the IATC’s Thalia Prize (designer Dragos Buhagiar) and is a Member of the Editorial Board of the Critical Stages.