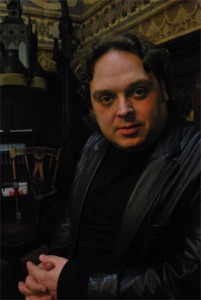 “Criticism is itself an art,” says Gilbert to Ernest in Oscar Wilde’s great dialogue The Critic as Artist. He continues, “The critic occupies the same relation to the work of art that he criticises as the artist does to the visible world of form and colour, or the unseen world of passion and of thought.”[2]

This is a seductive idea, not least for critics themselves. Who among those fortunate enough to make their living (or, at least, part of their living) by creating something from start to finish (be it a piece of furniture, an item of clothing, or, indeed, a theatre review) would not want to be hailed as “an artist” in her or his field? Indeed – during the international symposium on ‘Inter-criticism’ held in Maribor, Slovenia during the annual Borštnik Theatre Festival in 2010 – there was, from some theatre critics, a strong insistence that, at its best, theatre criticism should be considered an art.

This seems to me to be a very peculiar state of affairs, and one which does not stand up to semantic scrutiny. The Oxford English dictionary defines the word “arts” thus:

[T]he expression or application of human creative skill and imagination, typically in a visual form such as painting or sculpture, producing works to be appreciated primarily for their beauty or emotional power.[3]

By contrast, it defines “criticism” thus:

[T]he analysis and judgement of the merits and faults of a literary or artistic work.[4]

If we accept these definitions, and I see no good reason (save placing the performing and literary arts on a par with the visual arts) why we should not, it is, surely, unarguable that Wilde’s Gilbert is wrong in his contention that the critic bears the same relationship to the artwork as the artist does to the natural world and the realm of human experience. The critic, no matter how accomplished her writing style, analyses. Her style is considered to be at its best when combining linguistic skill and originality with clarity of analysis. To demand the same clarity of analysis of an artist would be philistine in the extreme. Art is at its greatest when it achieves emotional, psychological or erotic effects which are, in essence, a mystery to us. As the English dramatist and theatre theorist Howard Barker writes, “It is not to insult an audience to offer it ambiguity.”[5]

Artistic and critical expression are, therefore, fundamentally different in kind. I have long maintained that criticism, “Exists in the discrete space between journalism and art.”[6] That is to say that, whilst it often appears in newspapers alongside works of journalism, it is not, in itself, a form of journalism; I feel sure I am not alone among newspaper theatre critics in having been asked on numerous occasions by fellow audience members if I was writing “a report,” only to insist that I was, in fact, writing “a review.” The professional analysis of works of art, rather than being a form of journalism, is, I contend, a distinct kind of writing in and of itself.

It is (as I have argued above) not art, because it requires a clarity of analysis which it would be absurd and destructive to require of artistic works. Nor, however, is it journalism. When a newspaper wants a journalist to report on the news associated with the arts, it employs an arts correspondent, a journalist who reports on the facts of the appointments of directors of national artistic companies, the vagaries of arts funding, social or political controversies over artworks etc. This journalistic role is, and should remain, quite distinct from the role of the critic, which is to deal in the entirely non-factual realm of aesthetics.

“Ah,” I hear some critics cry (as, indeed, they did at the Maribor symposium), “is not some criticism so beautifully written as to be artistic?” Let us turn, then, to Kenneth Tynan, who remains, arguably, the greatest stylist in modern, English-language theatre criticism. In a typically witty and insightful article, he writes:

What counts is not [the critic’s] opinion, but the art with which it is expressed… The subtlest and best-informed of men will still be a bad critic if his style is bad. It is irrelevant whether his opinion is ‘right’ or ‘wrong’: I learn more from GBS [George Bernard Shaw] when he is wrong than from Clement Scott when he is right.[7]

Tynan is correct about the greater importance of style over judgment; it is, surely, style (alongside experience and knowledge) which marks out the professional theatre critic from the amateur reviewer. However, his association of critical style with “art” is problematic. A great stylist he may have been, but Tynan still valued the critic’s powers of analysis very highly. Why else would his review of Harold Pinter’s The Caretaker in 1960 begin with a corrective to his review of the same dramatist’s earlier play, The Birthday Party, in 1958?:

With The Caretaker… Harold Pinter has begun to fulfil the promise that I so signally failed to see in The Birthday Party two years ago.[8]

With this emphasis on critical judgment, Tynan contradicts his own assertion that criticism is an art form. He is implicitly acknowledging the distinction between criticism (which is founded, in large part, on analysis) and art (which is not).

In any case, the idea that the defining factor in art is quality, thus rendering the best criticism “artistic,” is erroneous; and downright bizarre when it is endorsed by critics. Critics are in the business of drawing distinctions between “good art” and “bad art.” More than anyone in society, we are under no illusions that art is synonymous with quality. Why then, when it comes to our own profession, can we not be satisfied that, like journalism and art, criticism is a literary phenomenon unto itself; and that, just as we talk of “good” and “bad” journalism and art, we should, likewise, refer to “good criticism” and “bad criticism”?

Ironically, given that many artists consider critics to have an unduly high opinion of themselves, the refusal of some critics to see criticism as a distinct literary form appears to stem from a lack of professional self-esteem. In their professional proximity to art, these critics aspire to the status of artists. They insist that the best criticism is art, as if creating great criticism were not enough.

Just as good journalism is preferable to bad art, so too is good criticism. In these faux-democratic, cultural relativist times, when anyone with a computer and an opinion can, and increasingly does, proclaim her or himself a “critic” of the arts, professional critics should be defending their unique literary craft, rather than accepting the idea that they, as a literary species, are constantly straining to join the ranks of the artists whose work they analyse. 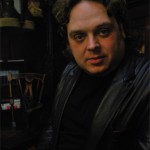 [1] Mark Brown is theatre critic of the Scottish national newspaper the Sunday Herald and Scottish performing arts critic for the UK national newspaper the Daily Telegraph. He teaches in theatre studies and theatre criticism at the Royal Conservatoire of Scotland. He is a member of both the executive committee of the International Association of Theatre Critics and the editorial board of Critical Stages.

The Critic is Not an Artist