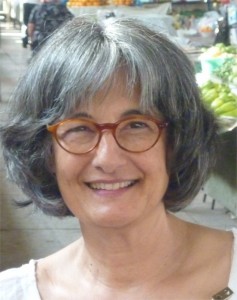 As early as 1996, in London, during a period of actor training, Luís Castro (born in 1961 in Mozambique) tried in Comb, at Smith’s Gallery (in Convent Garden) and I.C.A. (Institute of Contemporary Arts), an approach to what proved to be, later on, his favourite artistic territory: the perfinst, a concept—and a word—that combines performance and installation.

Back in Lisbon, and after some years of regular acting on stage,[2] Luís Castro chose to proceed in his own territory and develop this personal method of conceiving theatre in which body art and visual arts come together without forcing one of them to take the lead. Each one finds its own way of developing its artistic logic, even if the principle regulating the combination may prove to be in itself contradictory.

Conflating theatre, dance and body-art in his performances, Castro focuses mainly on the building of characters irrespective of psychological concerns. His emphasis is on the configuration of the human body and its manipulation of objects. And he does so by convoking visual art references such as expressionism, neo-realism, butoh or gore aesthetics.

One of the issues involved in the perfinst has been a more persistent relation to the social, political and cultural fields, with a double meaning and intention. On one hand, defying some conservative opinions (targeting, for instance, the catholic position against abortion, or protesting against the war, by means of short public performances), and, on the other hand, bringing along memories of past ways of living, both on a personal level (through his own memories of childhood), and on a more anthropological and cultural level.

This latter tendency has oriented him to search for inspiration in rural areas as well as to the use—as props—of outdated tools and objects. In fact, he enjoys bringing them into his performances, together with simple toys and other personal stuff, which, altogether work as inspiring triggers for his work.

However, and though it may seem contradictory, Luís Castro does not dispense totally with canonical plays. In fact, he has been using dramas by playwrights like Bernardo Santareno[3] or Almada Negreiros[4] (among the Portuguese), but also William Shakespeare[5], Copi[6], Albert Camus[7], or Federico Garcia Lorca[8] from the international canon. He uses them, however, in a very provocative way: not only by deconstructing the plot, and retaining only some of the characters and a very thin thread of the story, but also by creating a sort of meeting milieu for actors with strong and eccentric makeup, as well as objects, mostly miniatures, dolls and fragments of artifacts that present his own seductive—as well as weird—imagery.

In his stage world, haunted by miniatures of catholic icons, traditional embroideries, dolls and a Lilliputian zoo, performers operate on tables (or marble counters) as if performing surgeries or displaying exhibits (from his curious collections), while the audience moves freely around the site.

By choosing non-theatrical places for his perfinsts (as an art gallery, a warehouse or a laboratory of the former Faculty of Veterinary), and working with a visual artist – Vel Z –, Luís Castro has orchestrated small scale experiments involving few performers, limited spaces and a modest but meaningful chiaroscuro. And the performance progresses through a continuous manipulation of these props while questioning identities, social problems and political themes.

In some of them he focuses on his own body, his memories, his affections, thus publicly certifying a very personal theatrical imagery. And we can find in some of them an emotional commitment that bears witness to a performing authenticity that does not leave us indifferent.

In his trilogy about Mozambique Moç+amor (Mur | Ral | Elo), in 1999, he displayed lots of fragments from his youth in the former Portuguese territory: his education, a glimpse of colonial times, the raising of the guerrilla movement with the FRELIMO and, after our April revolution (1974), and the beginnings of decolonization.

In fact, what he was giving us was History through his personal experience and in that record we could find a congenial kindness and understanding towards the events he had gone through, while remembering his family life, colleagues and friends, all in all, the funny and the difficult times he and the country had gone through. And although it was mostly a memory in the first person singular – recollecting his days at school, the special relation to his mother, the awareness of his body and the awakening of the sexual desire – he was indeed presenting the image of a cultural milieu and a political time in a very engaging way.

In Slave of others, in 2005, he performed a one-man show based on a series of short choreographies, directed by five different choreographers (Gil Mendo, Mark Deputter, Sílvia Real, Vera Mantero, Amélia Bentes, Miguel Pereira). Presented in the former laboratory of the Faculty of Veterinary—that was his artistic venue for some time—it proved to be an expressive and rather personal cartogram, not devoid of anxiety and fear; revealing a contradictory impulse between acceptance and denial of his own self.

One of his latest productions – Humus (2010)—was based on a most moving novel by Raul Brandão, a Portuguese expressionist novelist and playwright of the first two decades of the 20th century, a declared Republican, and at the same time profoundly Christian and committed anarchist. The performance Luís Castro designed matched Brandão’s fictional world in a most impassionate way. He tried, and succeeded in making it fit into the site—specificity of the place—an art gallery. We listened to Luís Castro’s recorded voice reading parts of the novel Humus (1917), but also scraps of The Story of a Clown (1896), andThe Death of the Clown (1926), while the different performers were engaged in manipulating objects and the audience moved freely along the various rooms and recesses of the gallery. Everything was disclosed in a dismal and pitiful atmosphere, thus evoking extreme poverty and suffering. Like Raul Brandão would repeat: “I show how life is knitted with a thread of pain, a thread of tenderness, but I introduce in it a thread of dream.”

The performance offered – along one of the corridors – three counters where actors repeatedly created installations by manipulating objects—at the same time that an action was performed in a kitchen—very much recalling those of old time villages—, an old woman “died” on a bed and the funeral invited the audience to participate.

We would therefore subscribe Erika Fischer-Lichte’s concepts of “semiological body versus phenomenal body,” by recognizing the constant shift in this perfinst between these two modalities of performing. The scenes, showed in the kitchen or the bedroom, were naturalist in their aesthetic scope and the actors performed accordingly: for example, the old woman cooked some loaves amidst the great poverty of the scene, using real outdated tools; and once laid on the iron bed she discreetly “played” her own death. By contrast, the other actors along the gallery “reclaimed” their own bodies (in attractive costumes) and performed by exhibiting props – which we immediately recognized as the special territory of Luís Castro: embroidered drapes (as we find in churches), knickknack decorations, dolls, icons of saints, plastic animal figures, even a chamber pot, among others.

A further elaboration on suffering and pain was one of the first scenes, performed on the large window (with a broad arch) of the entrance of the gallery that allowed us to see the cars passing by. In front of that would-be altar, an old and poor woman—with an incredible name (Restitua da Piedade Sardinha)—was saying goodbye to a son who was standing on the windowsill and avoided looking at her. Having raised him with hard toil and great suffering, she appears as a mater dolorosa image, while the young man – in a tremendous inversion of the Christ figure—forces her to disappear, since he is about to wed in a rich family and prefers to play the orphan rather than show his ancestry, which, he thinks, could damage his social image. And when she leaves the place—so humbly, dumb and in great pain—we know she is going to hang herself.

The fact that—with only a single exception—no actor says anything, since it is the recorded voice of the director reading in a very neutral tone, deepens our idea of a narrative being told, thus turning these “semiological” figures into demonstrations of how upside down the world is.

A short moment of fantasy came after this sorrowful “Pietá”: a beautiful young actress was sitting on a chair in the figure of a woman clown with a black gown and a red nose. With her bare hands up—as if holding puppets—she gave the impression of someone elaborating on the struggle between the “reason” of the jester and the “foolish passion” of the clown. It was a really poetic moment which, at a certain stage, when the opened black cloak revealed a beautiful white dress with romantic laces, intensified this general feeling of fantasy.

Perhaps no other of his performances has combined in such an emotional and truly theatrical way his concept of perfinst, partly due to the impressive narrative itself, but also because of the constant oscillation between playing and showing; fixed positions and constant reconfiguration of the installations; cruel reality and obsessive dreamlike visions.

This proved that Luís Castro’s project of perfinst—the way it summoned that particular site, organized the performers’ work and responded to that fictional world—was able to encompass contradictory streams of representation. And it did so in full awareness of and consistent with Raul Brandão’s vision.

He did defend in his writings that theatre should be “simple and entrenched deep in the human heart,” and that it should make us dream or think; but it should also tackle a great problem, be it psychological or social, without many sentences, but like a hurricane that would drag the audience alongside; […] acts performed as a knife trespassing the body” (Brandão 1986).

And we, as critics, all recognized that aim in this particular show. That was one of the reasons why it was awarded a prize by the Portuguese Association of Theatre Critics in 2010. 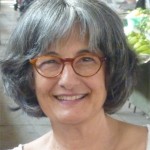 [1] Maria Helena Serôdio is Full Professor at the Faculty of Letters, University of Lisbon, where she directs the post-graduate Program on Theatre Studies. She has published widely on English and Portuguese Drama, Comparative Studies and Theatre Studies in various national and international journals, newspapers and collective books. She is the President of the Portuguese Association of Theatre Critics and directs two research projects at the Centre for Theatre Studies of the University of Lisbon. She has edited several books on theatre and is author of, among others, William Shakespeare: A sedução dos sentidos(William Shakespeare: Seducing the Senses). Lisboa: Cosmos, 1996, and Questionar apaixonadamente: O teatro na vida de Luís Miguel Cintra (Passionately questioning: The Theatre in Luís Miguel Cintra’s Life). Lisboa: Cotovia, 2001.