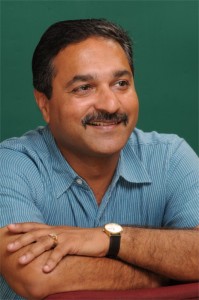 Ladi najariya, written by Abriram Bhadkamkar. Cafila, adapted from a short story by Bhishma Sahani. Both performances directed by Vidyanidhee Vanarase and given at the Flame school of performing arts in Pune, Maharashtra, India.

India is a country with an abundance of regional literature craving to be translated into the numerous languages spoken here, enabling it to transcend linguistic barriers. Accompanying this are the varied forms of expression of the written and spoken word. Indian theatre has long provided plays that have bridged the gap between the amusing and the intellectual, with a veritable hoard of brilliant playwrights and vastly talented actors.

The intermingling of the arts has provoked experimentations of transferring one form into the other. Not that this is a new phenomenon here, but it is definitely not something practiced on a regular basis. And this is one reason why my attention was drawn to two performances, both theatrical works evolved from stories: the first, a play Ladi najariya (1996) written by Abhiram Bhadkamkar, based on a story Das din ka anshan (Ten days of fasting) by Hindi novelist Harishankar Parsai; the other a stage adaptation Cafila (Convoy) based on a short story Amritsar aah gaya (1974, Amritsar has come) by renowned Indian writer Bhishma Sahani. Both productions are directed by Vidyanidhee Vanarase, an alumnus of the premier theatre training institute in India, the National School of Drama. The actors are his students at the Flame school of performing arts in Pune, Maharashtra, of which he is also the Dean.

What was endearing was the strong contemporary connection these plays projected, not only regionally but also on a plethora of larger global matters: corruption, exploitation, passion, hatred, fear, vested interests, religious intolerance and such emotions all streamed into a strong undercurrent in these two productions.

Ladi najariya has a rural, North Indian ambience, a setting amply portrayed by the non-urban simplicity and blind faith in superstitions, peppered with the unmistakable Bhojpuri dialect establishing its geographic location. The story revolves around a village simpleton, Namya, in love with the village belle, Savitri. He is completely smitten by her, but the glitch is that Savitri is married to an intellectual. Not bothered by this predicament, he is ready to go beyond his limits to get her hand in marriage.

His friends, out for some fun, urge him along in this seemingly unattainable love affair. But seeing his steadfast determination, friends convince him to take the advice of a spiritual guru, Baba Sankidas (brilliantly acted by a young actor, Himanshu Talreja), who apparently seems to carry the solutions to all dilemmas. What follows is a rollercoaster of events where vested interests, politics, superstitions, hatred, personal animosity and religious fervor all jump onto the bandwagon, grappling to take center stage.

Baba Sankidas advises Namya to go on a fast unto death, to move hell and heaven to achieve his goals, assuring him of a sure victory in his endeavor. But faith has other things in the offing. The author has created many sub-plots which add punch to the story: the helplessness of Savitri who is roped into this jamboree; the hawk-like media out to get juicy bits for their breaking news; the bitching of the village womenfolk as they take a dig at Savitri, blaming her for everything; the utterly confused Namya, played into the hands of the devious Baba, who, unable to resolve this issue, feels challenged, while going to unthinkable limits to prove himself.

As the play progresses, you see the layers of the characters revealed. Naïve village folk, gossiping conniving womenfolk, religious leaders, spiritual leaders, best friends, spineless husbands, feminists, the ever-strong woman, the worldly-wise mother, the controversy-hungry reporters, and all kinds of characters that make up the fabric of today’s society find a place in the play.

And churned into this whirlpool is the common man, Namya, whose only hitch was that he was in love. The ending is shattering, when the political powers decide that Savitri should indeed be married to Namya, after breaking her marital vows with her husband. As the festivities for their union are underway, apparently against all odds, Namya succumbs to the pressures of his fast, leaving a huge void of unanswered questions. Doesn’t the view of the woman herself hold any importance? Who, in the end, is the beneficiary of the whole hullabaloo? Is the audience really a puppet in the hand of media and political puppeteers? What was the role of Namya in the whole spectacle after the first meeting with the Baba? Are we as a society really helpless to prevent such incidents? Is there no moral responsibility or conscience left? If there is, why are they not able to do anything?

With minimal set design, clever use of props, space and manpower, the play was able to recreate the mood and settings of various locations easily without the trappings of time-consuming breaks between scenes. Accompaniment of live music to the remarkably fine-tuned chorus sung by the actors; well-paced, witty dialogue; thinly yet cleverly veiled insinuations and jibes at the current Indian societal and political state of affairs; a theme layered with simplicity and metaphor; and a cast worthy of the otherwise intimidating script, Ladi Najaria rose above and beyond the conventions of theatre, the fetters of feared controversy, and the challenges of ensemble acting, to deliver a performance that left its audience with a smirk on their lips and a glint in their eye.

Having enjoyed this performance, I was keyed up to see another by the same director, once again using theatre as a device for storytelling. This piece, Cafila, by renowned writer Bhisma Sahani, had just returned from a tour of Romania. While the previous one juxtaposed the theatrical form beautifully over the narrative, which was a tiny nucleus allowing for immense theatrical interpretations, Cafila played with strong narrative storytelling, struggling till the end to find the correct form for presentation, failing to bloom in its entirety.

It is set against the backdrop of the partition of India and Pakistan, when a large migration of humanity ran helter-skelter from the impending war, riots, and instability both political and personal. A group of travelers board a train from Pakistan to Amritsar, India, clutching their meager belongings and their lives.

This journey is horrendous as they pass through burning cities, displaced people fleeing the tormentors and an exodus ravaged by the partition and its bloody aftermath. Their various religious orientations, beliefs, personal plights and stories create a strong undercurrent of restlessness, apprehension and suspicion. What starts as a cordial and informal journey, with the Hindus and Muslims sharing a camaraderie, turns into one of mistrust, hatred and revenge, churning up pent-up rage and frustrations. Even the otherwise inconspicuous commoner, coyly sitting in a corner of the train, lashes out and doesn’t bat an eyelid while mercilessly battering and murdering a refugee and his family who are fleeing the overcrowded train compartment. These are the effects of war when one becomes centered only on oneself and cares only to save his own skin!

This is a strong story of a journey, told by the four travelers in turn. It reflects a universal theme, in these times so dangerous and unpredictable the world over. The staging in the compartment of a moving train has been laudably planned and executed. The use of masks to represent the masses, the subtle use of earth colors depicting the common man who was the most affected by the post-partition riots, the juggling of narrative in English and Hindi, the background musical score, the interplay between the characters, the clever use of space and a sense of time, the minimalist set (this play indigenously uses a single bench to create the entire ambience of the train compartment and the world beyond), does stir silent waters. But taken as a whole, the visuals fail to elicit the horror of the situation.

The strong narrative completely overshadows the presentation, making it appear as a series of movements and exaggerated emotions, which fail to stir the consciousness of the viewer, let alone to shake him out of his stupor and cocooned life, in the face of such eventualities. Though the director has meant well, he grapples for a way to tell a story with such a strong narrative. What is remarkable is his band of students, who hold their ground while handling both of these productions. This is one bunch of trainee actors to take cognizance of! 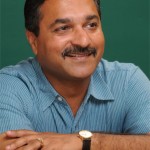