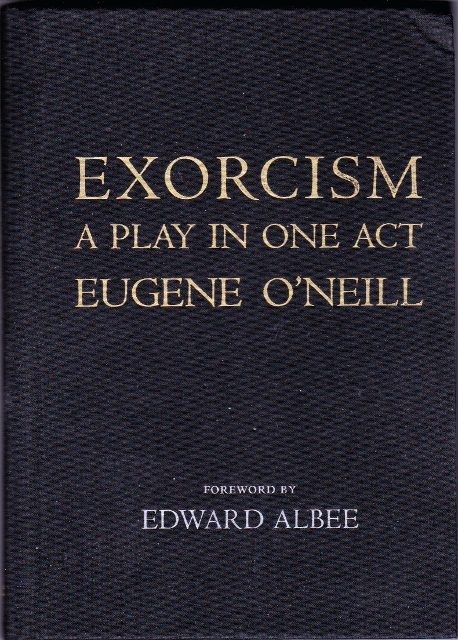 I must admit that I have found it rather daunting (though very exciting) to presume to review this publication of a long lost early work by Eugene O’Neill; particularly in the face of the many erudite and respected scholars, critics and authors who have commented on the text over the past year or so, ever since its first publication in the New Yorker in late 2011 and this more formal publication in a facsimile version by Yale University Press in 2012. For it is most interesting—though perhaps not all that surprising—that this slight text (20 double spaced typed folio pages) by America’s greatest tragedian has in fact generated such an expansive range of criticism and discussion from theatre critics, practitioners and academics alike.

Reading the play text for the first time took me directly back to the 1970s, when I was wading through virtually all of O’Neill’s available work for my post-graduate research. This process included reading all those wonderful and not-so-wonderful short plays, his more tortuous expressionist experiments, as well as the justifiably celebrated works. And this time round I found myself reacting in much the same way as I did back then—initial shock, wondering how this dark and frail text could be the product of one of the greatest playwrights of all time, and then a slow realisation that what I was reading was not a final product, but a simply a step in an extended process of creation that stretched over a lifetime. In reading Exorcism, simple and flawed as it is, I felt that I was actually once more within touching distance of the genius of Desire Under the Elms, The Iceman Cometh and ultimately—supremely perhaps—A Long Day’s Journey into Night.

What we have here is a short, autobiographical one-act play, written in 1919 and clearly based on the author’s own botched suicide attempt in 1912. The Provincetown Players premièred the text in New York in the spring of 1920, but it largely failed in production, bombing after two weeks in the Provincetown Playhouse. And not surprisingly, for it is a rather stilted and strangely, even badly-constructed work clearly trying to fit too large a theme into too small a compass, and is notably let down by the abrupt and unmotivated ending.

This point is made by a number of the authors and critics who have discussed the text recently, including Edward Albee in his Preface to the publication. One could argue that a well-directed performance could make it work (as is often true of O’Neill’s plays), but I rather doubt it. O’Neill himself had conceded that much as early as 1920; when, apparently embarrassed by its weaknesses, he not only withdrew it from performance after the short run in New York, but also destroyed all available copies, and erased the play’s name from his list of works.

The copy of the text under discussion here was fortuitously saved and later found among the papers of Philip Yordan, having been a gift to the screenwriter and producer from Agnes Boulton after her divorce from O’Neill; and thus it was acquired by Yale University in 2011. It was first published in the New Yorker of October 17, 2011 (with a short introduction by John Lahr), and subsequently Yale University Press brought out this more comprehensive version: beautifully designed and neatly bound in hardcover; accompanied by a short but thought-provoking Foreword by Albee, a comprehensive and wonderfully incisive Introduction by Louise Bernard, then Curator of Prose and Drama in the Beinecke Rare Book and Manuscript Collection at Yale, supplemented by a full facsimile version of the typescript and a short biography of O’Neill , containing a brief description of the process by which the manuscript had been preserved and acquired.

What we thus have is a full scholarly edition of what could perhaps be called an “apprentice piece,” or what Albee has called a “pre-opus” project. In a blog posted in The Guardian on Friday 21 October 2011, Sarah Churchill goes further and calls Exorcism “the last apprentice-work of a playwright who was just six months away from coming into his own as an artist, with Anna Christie and The Emperor Jones both premièring a few months later.” While I do not quite agree with this absolute assessment, for O’Neill had written a few very competent and compelling short plays before then, it is nevertheless difficult to argue that this particular text is more than a set of dramatic notes, or at most a draft, for something larger and better which was to follow.

And herein, I think, lies the true value of this publication, with all its scholarly apparatus. It is certainly not a “new” O’Neill text after all, it is only the text of a play long thought of as irretrievably lost; and given its quality and its author’s own attempts at suppressing it, some may argue that it is just as well that it had been gone missing. However, there is another possible point of view: this “apprentice piece” is one of O’Neill’s most unabashedly autobiographical pieces, one dealing simply and almost naïvely with some of the key tropes in his canon. Indeed, it is but one of a series of such works he would go on to write over the years, seeking to confront a few of the demons of his youth; exploring nihilism, depression and death. Ultimately it is a precursor of, among others, works such as the aforementioned Iceman Cometh and the magisterial Long Day’s Journey into Night.

As such, this annotated facsimile version of the text may be seen as an invaluable aid to scholars seeking to unravel the conundrum of Eugene O’Neill, that mesmerizing yet frustrating colossus of American, and indeed, world theatre; the flawed genius who not only would go on to create some of the most haunting and magical moments in world theatre, but somehow at times also manage to simultaneously produce a number of tortuously experimental works, some of the most dismally inarticulate dialogue, confusing scenes and incompetent plays in the world canon. Exorcism, I suppose, may be classed among the latter—even O’Neill conceded that much it would appear—for it displays him struggling openly and with little real success, with some of his most fundamental problems, including his battle with the written word, his constant search for an appropriate theatrical form of expression for his ideas, and his ongoing quest for organic structure in order to arrive at moments of pure theatrical magic. But in its very inadequacy, this edition of the Exorcism text thus becomes a marvellous resource for exploring and possibly understanding more clearly something of that belaboured process by which the genius of O’Neill was able to flourish so spectacularly in his best work. 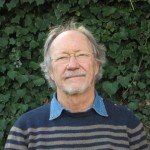 [1] Temple Hauptfleish is the founding editor of the South African Theatre Journal now published by Routledge and Professor Emeritus and former Chair of the Department of Drama at the University of Stellenbosch.