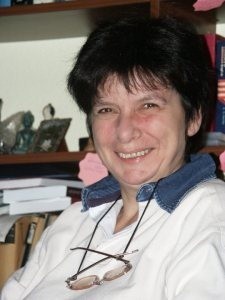 Béla Pintér & Company, one of the “oldest” independent Hungarian theatres, works outside the traditional theatre structure and yet is an important part of the theatrical mainstream. This apparent contradiction is due to the anomaly of the system of theatre-funding on the one hand, and to the hardcore audience on the other.

Béla Pintér founded his company in 1988. For several years, their productions pointed out different sensitive social problems, for example, healthcare, religious sects, etc., using dramatic texts by Pintér. These were based on fictional stories and non-fictional social phenomena, addressing subjects such as traditions; dependence on ideologies, drugs or the newest self-distracting trends; the complex nakedness of those living in the lowest one-third of the population, of those living in small villages, of those keeping to traditions in religion, in life-style, in manners. Béla Pintér, the leader of the company, is always the one who writes and directs the productions, and he is one of the actors, too. The tone is always sarcastic-ironic, mixing the comic and tragic elements with the surreal and the absurd.

It took only a few years for the company to build their audience; their relatively small venue of 160 seats is always filled to capacity. Their venue is located in the main building of the Technical University of Budapest. Béla Pintér is a hard-handed leader: his company is more or less closed, it changes very slowly, and he is their only writer and director, though music has always played an important part in their activities, and concerning composers he seems to be more flexible.

The main production of the 2011-2012 season, entitled Kaisers TV Ungarn is a piece based on Hungarian history using uchronia (alternate history) as the main source of the absurd. Uchronia is quite popular nowadays, mainly in novels: to rewrite the best-known turning points of history can generate long-term lessons. The most popular uchronistic turns of events are: Hitler winning the Second World War, and the Confederacy winning the Civil War. Uchrony is often called the what-if method, sometimes combined with science fiction or mystery elements, but it is always written as deliberate fiction.

Pintér’s text digs into 19th century Hungarian history. A woman, Amalia, arrives at her mother’s deathbed in a hospital in 1881, and wants to find out the secret combination to a safe where her inheritance is hidden. An assistant in the hospital offers his help: by hypnosis Amalia can go back into the past with her mother Elza and find out the combination. By chance, all three, the mother, the daughter and the assistant, find themselves in the turmoil of 1848-49, when Hungarians fought for their freedom; first against the Kaiser and the Austro-Hungarian Monarch, then against the Romanian army.

Amalia’s father, Count Baraznay, has just won a battle which in actual history was lost. By 1881, he is a legendary hero who mysteriously disappeared in the final days of the battles that left Amalia to be brought up alone by her mother Elza. Amalia pops up in a television studio (a most anachronistic scene for the period), where both the décor and the ideological goings-on pay homage to the Austro-Hungarian royalist rule. Then, all of a sudden, two Hungarian icons of the 1848 revolution and war of independence—Kossuth and Petőfi respectively—take over the studio, kick out the personnel and make the stumbling Amalia an anchorwoman, assigned to interview her own father, Count Baraznay, the hero of the revolution… They know nothing about the family-ties, of course.

Slowly it becomes clear that this hero of history, Amalia’s father, is having a love affair with an anchorwoman who was kicked out, Szidónia, and who harbors deep ambitions to be an actress. They plan to escape together to South America. Baraznay plans his disappearance in a battle which was to be lost (according to our present knowledge). Amalia sadly witnesses her parents’ bitter debate about their marriage and her mother’s pregnancy, his father’s deep love for Szidónia—and this is the point at which Amalia resolves to change the course of both private and national history.

Using today’s military knowledge and historical information, Amalia makes her father the Count win the battle and return to his wife. When she returns to the original year, 1881, she finds her mother Elza in good health after a minor operation and sees her father the Count bring his wife some sweets. The only loser of the whole story is the assistant who helped Amalia make this time-journey, but who could not make his way back in time—and Amalia sees a monument to the assistant in the lobby of the hospital, as he has become a national hero…

If the summary is somewhat complicated, onstage it is clear and uchronic. The message is clear as well: huge legends are almost always the consequences of minor accidents, mere beliefs and fantasies. The great historical icons are ordinary people—vain, frustrate and frail. So our preference for making our legendary past bright and elevating is always an element of our present illusions and ambitions. Short scenes and quick, dense dialogues follow each other.

The style of acting is rather placard-like and transparent, concentrating not so much on psychological realism but on the dramaturgical urge to strengthen the symbolic layers. Ordinary intrigues and overwhelming emotional outbursts, jealousy and seduction—both ends of everyday life are present here like a seesaw; the rhythm is both predictable and unexpected. The characters are partly caricatures, partly image-concentrates. Those whom we know too well from the pages of history books move quite easily in the story and history. The main hero, the father, who is later called the Lion of Sukoro, is a resigned count who uneasily bears both his costume and his role as a national hero. Zoltán Mucsi plays the role by mixing empathy with reflection, resulting in the mixed effects of comedy, absurdity and tragedy. This is Pintér’s style: high and low, elevated and earthbound, sloppily sentimental and sharply ironic. The music, by Antal Kéménczy is a characteristic potpourri of Hungarian folk-music and popular tunes, played by a live orchestra beside the stage.

There are several subplots, for example, a strange and comic rivalry between Kossuth and Petőfi, the two revolutionary icons. The latter is played by Béla Pintér himself, who carves a narcissistic portrait of the greatest national poet of Hungary, who died in his twenties on the battle-field; only a few decades later, he was already confused with the other greatest poet of the century, János Arany. Petőfi’s poems are always predicated (by mistake or illiteracy) on Arany’s having made Petőfi most indignant…

The wife of the Count, Elza, who is left behind and pregnant with her daughter when her husband elopes, is an elegant, aristocratic woman to whom her selfish husband causes plenty of suffering. The role is played by one of the best actresses in the company, Zsófia Szamosi. Her rival, Szidónia, the television anchorwoman and wannabe actress is played by Angéla Stefanovics, who joined the company with this role. And, as always, there are some typical figures in some typical scenes: the media people willing to serve all regimes; the ordinary people as victims of history; the familiar strategies to survive historic times. A strong impulse to rewrite the past is not unknown in present-day Hungarian politics, and Béla Pintér’s performance shows not only that it is possible; he shows the results as well.

The acting in general is appropriate and low-key, in this way leaving it to the audience to judge over past and present. The set is simple and functional, while still lively and scenic (meaning: a single flag can dominate the scene or a few pieces of furniture can fill the entire stage). In the last two performances, the company has used the same set, an empty box which can be furnished with smaller gliding platforms pulled on from either side.

The performance won the Critics’ Prize for the best independent performance of the 2011-12 season, though it was not nominated in the annual Hungarian best-of festival of the same year. This caused some turbulence in theatrical circles, and the subsequent critics’ prize can be perceived as a way of paying tribute to those theatres who know that theatre is always a mirror of the society they emerge from. 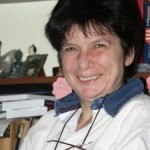 [1] Judit Csáki is a free-lance theatre critic for the Hungarian weekly, Magyar Narancs; editor-in-chief of the website for criticism called Revizor; and associate professor and chair of the Department of Theatre at Kaposvár university.

Béla Pintér Rewrites the Battles of 1848