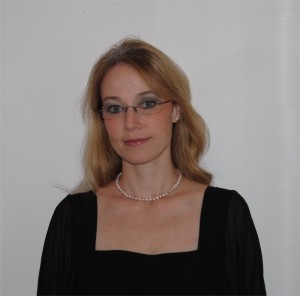 The International Shakespeare Festival, April and July, 2012, in Craiova and Bucharest, Romania.

“Tired with all these, for restful death I cry,
As, to behold Desert a beggar born,
And needy Nothing trimm’d in jollity,
And purest Faith unhappily forsworn,
And guilded Honour shamefully misplaced,
And maiden Virtue rudely strumpeted,
And right Perfection wrongfully disgraced,
And Strength by limping Sway disabled,
And Art made tongue-tied by Authority,
And Folly, doctor-like, controlling Skill,
And simple Truth miscall’d Simplicity,
And captive Good attending captain Ill:

Tired with all these, from these would I be gone,
Save that, to die, I leave my love alone.”[2]

This Sonnet 66 seemed to be the unofficial leitmotif of the 8th edition of the International Shakespeare Festival 2012 in Craiova and Bucharest[3]. The sonnet kept surfacing throughout the event, even though its motto was a different one: “All the world’s a stage, and all the men and women merely players.” But this famous “seven ages” monologue spoken by the “melancholy” Jaques is preceded by Duke Senior’s more realistic words: “we are not all alone unhappy: / This wide and universal theatre / Presents more woeful pageants than the scene / Wherein we play in” (As You Like It II.VII). Actually, these were the words of Shakespeare’s that somehow mirrored the general atmosphere of the festival: one of self-conscious sadness caused by a social and economic situation (whose prospects are) looking more gruesome than ever, at least with regard to culture—a situation in which the fight has unfair odds and the producers’ fatigue becomes either resignation or sarcasm. As Jacques said…

One of the organizers confessed that the story of the Bucharest edition resembles the Theatre of the Absurd: “Luckily you don’t know it!” It is true, we don’t know it, but we can very well imagine it… Nonetheless, the festival did take place, and even if in such a context the program was not very generous with Shakespearian comedies, we were still able to enjoy memorable productions and events, from Robert Wilson’s and Rufus Wainwright’s Sonnets—a pure state of mathematical emotion—to soul-to-soul meetings with legendary theoreticians, such as Stanley Wells or Eugenio Barba.

And there were performances bursting with imagination, humour and poetical beauty, from Romeo and Juliet by Oskaras Koršunovas to Nikolay Kolyada’s bold Hamlet. Finally, the cherry on the cake: the very As You Like It directed by James Dacre, presented by Shakespeare’s Globe Theatre of London. The performance was a living lesson in theatre, a practical demonstration of how you can activate the emotional mechanisms of an audience not necessarily familiar with the language spoken on the stage, and at 40 ºC in an open public square, in the loud rush hour of the evening.

The next editions are already announced: “Everyone’s Shakespeare” in 2014, at the playwright’s 450th anniversary and “Shakespeare for Eternity” in 2016, a tribute to the commemoration of 400 years since his death. It is obvious that we still need Shakespeare. He will always be our contemporary and this festival, unique among its kind in Romania, and (exclusively) dedicated to his work is, in fact, a necessity in our times and for our world. What could be more appropriate than to laugh at pretenses, at false rulers, at preconceived ideas, at put-on airs, at vanities?—to believe that, alongside reason, there is still room for the inexplicable and the miracle, and to see in the things of reality, gods and mystery?

However, the festival would not have happened (or, with certainty, it would not have reached its 8th edition), had there not been a Don Quixote of the Romanian theatre capable of fighting all the windmills in order to bring to Romania top productions and recognized artists of the first rank. Ever since the 1994 first edition, this Don Quixote has struggled by all possible and impossible means so that the festival should survive with dignity. Actor and director, manager and initiator of the festival, and also the president of The Shakespeare Foundation in Romania, Emil Boroghină is the one who gave The National Theatre in Craiova a new face, while working as a managing director during the time of Silviu Purcărete’s productions and their international tours (Titus Andronicus, Ubu Rex with scenes from Macbeth and Phaedra).

Driven by a longstanding, truly passionate interest in Shakespeare, Boroghină is, in his way, an enthusiastic and faithful wizard. Indefatigable, persevering, modest, seemingly naïve while still fanatical, utterly ubiquitous during the festival, he has always believed in his mission, even if the material difficulties have been growing from year to year. After previous editions he kept intending to resign from being an organizer but he reconsidered his decision every time, afraid that the festival would be left to die. And it is well he did!

Under these circumstances we had the privilege, this year, to witness a unique encounter. Although still uncertain at the outset of the festival—and for this reason even more feverishly expected—there was a special one-man show, of the one night only kind, on the evening of Sunday, April 29. However these words don’t properly describe it: the show was not intended as an “actor’s recital,” but rather as an episode in a personal affair with Shakespeare. Emil Boroghină began this adventure half a century ago, in his student years, so that the performance he gave this year should be seen practically as a remake of the one presented in 1974, which was also in Craiova and was equally precious due to its uniqueness. At that time, the selection of pieces had taken no fewer than eleven years, in order to create a scenario reflecting the human condition through Shakespearian writings. “I was burning so long, I was working so many years for just a single show,” confessed Emil Boroghină.

Still, the years which have passed since then have enabled him continually to rediscover Shakespeare—to meet the profound Shakespeare, who has surprised him time and again, with each play, with each line. The 1974 recital was a personal event, one of those that leave traces, shows the way and—maybe—establishes a destiny; the one that took place in 2012 was meant as something completely different: a collective re-reading of Shakespeare’s verses, in the same way in which believers read and re-read the Bible. And we, the few chosen, felt that we were witnessing a sacred act, a confession.

In an empty, silent space, in a box with black walls, a man in black enters with a holy book in his hand. He is no longer a young man, but his aura of bright white hair lights him up. Is he an actor facing his audience? No, he seems more like a man reciting Shakespeare for his friends. From time to time, his taped voice comes to us, ghostly, from afar, in a dialogue with himself, like mirror of sound. A dialogue loaded with theatricality. An hour of emotion poured out in concentrated doses: Sonnet 66, the monologue of the “seven ages,” Puck’s magic or Queen Mab’s charms. “Put money in thy purse,” says Iago, and Shylock’s gold shines as if grinning in the dark. “Kings, emperors—the world is theirs,” but the world is deranged, and so is the order of things. Denmark is a prison, the world is a prison and man is alone. The masterpiece that is man is in times “out of joint.” Not only Hamlet is faced with dilemmas and existential questions. Actors, clowns, fools—we are all equally exhausted. “Come away, come away, death, / And in sad cypress let me be laid,” adds the Clown, and Prospero abjures the rough magic. The ”charms are all o’erthrown…”

“A great while ago the world begun, / With hey, ho, the wind and the rain: – / But that’s all one, our play is done, / And we’ll strive to please you every day,” said the man Emil Boroghină at the close of an encounter that was almost secret, but warm, intimate and utterly discreet, just as he wished it. We rejoiced in the fact that it was there for us, too, and that it was not consumed merely in and for itself.

[2] All quotations are from The Complete Works of William Shakespeare, Wordsworth Editions, 1999.
[3] Produced by The Shakespeare Foundation, “Marin Sorescu” National Theatre in Craiova, The Romanian Cultural Institute and The Centre for Cultural Projects of Bucharest Municipality, with the kind cooperation of numerous partners and co-workers. 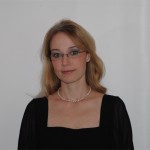 [1] Maria Zărnescu is a Romanian theatrologist and critic, teaching associate and a PhD candidate at the University of Theatrical Arts and Cinematography “I.L. Caragiale,” Bucharest. Her theatre and music reviews, studies and essays have been published in Critical Stages, Time Out Bucharest, Teatrul AZI, Yorick, Concept and Theatron. Long experience as a radio journalist and manager, television editor, and events producer.

A Secret Encounter at The Shakespeare Festival in Craiova