Take it from me, it’s not easy to make an encyclopedia. And trying to make an international encyclopedia is even tougher. If one knew the problems in advance – or believed the horror stories of their editorial predecessors – they would never, I am sure, begin such undertakings. But such is the arrogance of the human species that normally sane people do get involved in such mad undertakings for a variety of reasons, most of them, no doubt, noble.

In my case, despite warnings from such distinguished company as a recent editor of the Encyclopedia Britannica and a warning to steer clear of such things from an editor of a major Canadian encyclopedia of music, I blundered ahead with the supreme confidence of almost total ignorance of what I was really getting into. Of course, I did have my own noble reasons. When I began work on my six-volume $3 million World Encyclopedia of Contemporary Theatre (known among those of us working on it as WECT) back in 1985, I thought I was making a groundbreaking international roadmap of world theatre to help a new generation of exceedingly mobile critics and scholars move around the globe more effectively. Fifteen years and much political and financial quicksand later, when the series was finally complete, I was teetering on the edge of nearly total disintegration. A few things had gotten in the way as I tried to move the project from here to there.

First, the promised funding never showed up. That shouldn’t have been but it was a shock to both my trust and my enthusiasm. Second, the political infighting among sponsoring organizations proved as debilitating to the project as a whole as it was depressing to everyone trying to simply do the work. International organizations – especially those connected to the UN – seemed to prefer to talk the talk rather than walking the walk. And third, simply trying to edit material coming in to the editorial office in Toronto from over 120 countries in more than twenty languages became exorbitantly expensive (translators were being paid four times what writers were being paid). Making editorial choices from what was being offered at that and too many other points became untenable at best.

Then came the deluge of 1989 and the entire world began to shake. You remember I am sure. I will never forget it. The Soviet Union shifted from a monolith to a multi-national megalith. For me that meant pulling apart a 25000 word essay on a single country and trying to turn it into 15 separate essays on what had overnight become 15 separate countries across two continents (and two of my volumes). Then two Germanys became one and one Yugoslavia became five. I remember phoning the United Nations in New York one day in the early 1990s – we were trying to follow UN protocol on recognition — to ask if Moldova had become independent that week. On such decisions hung the editorial approach of that madly ambitious project.

The final volume in the WECT series appeared in 2000. That was about the same time that my Canadian colleague Peter McKinnon (we actually both were teaching – and still are – at Toronto’s York University) passed by my office to share with me his excitement about a new mega-editorial project coming out of OISTAT (the International Organisation of Scenographers, Theatre Architects and Technicians) – a three volume series on international stage design since 1975, an encyclopedia by another name but one clearly masquerading in those early days as a picture book. I recall Peter asking me if I had any advice. I told him to get out of the project while it was still possible, before the politics and funding problems and linguistic and critical attacks started.

Peter argued for this new project with the same kind of eloquence and enthusiasm that I vaguely recalled from my own early visions of doing WECT. It was clear to me from that moment that I couldn’t talk him out of doing it. Shortly thereafter I met his co-editor on the project – Eric Fielding from Brigham Young University in the United States. He too was determined to make it happen. “After all, “they both said, “the Belgian designer-scholar Rene Hainaux had published over many years a series of similar volumes for the International Theatre Institute. And he didn’t even have computers or e-mail.”

What could I say in the face of such optimism? Not much. I wished them both well and said I would be happy to offer any advice I could give on the project as it evolved. I must admit right here that neither Peter nor Eric contacted me much during the decade or so of work they did on their recently releasedWorld Scenography: 1975-1990. Given my total lack of influence on the work, I do feel free to comment on the first of what they say will be three volumes (the second is to cover 1990 to 2005; the third 2005 to 2015). May their enthusiasm and optimism last so long.

So given my concerns for their joint health, let me say right off: bravo to McKinnon and Fielding for getting it out and bravo for surviving the first series of organizational pitfalls. And bravo to OISTAT for supporting this expensive publication. Though it does not claim to be an encyclopedia as such it certainly has an encyclopedic feel to it. It is huge and though not comprehensively international (it has a clear anglophone bent and quite a euro-american feel to it) it nevertheless includes a lot of countries and some several hundred visual images. The fact is, this may be the heaviest book ever published on the subject of world theatre weighing in at more than two and-a-half kilos (about a kilo more than any of Hainaux’ volumes). It is also an extremely large book measuring a foot high and nine inches wide and coming in at 420 extremely glossy pages. Hainaux’ 1960 volume, by comparison, was a lighter and tighter 240 pages.

And this is certainly a beautiful volume, one that designers and many other theatre people world-wide will want to own. I must also add that it is also quite under-priced at the moment so if this is a book for you, I urge you to buy it sooner rather than later. The published price right now also includes postage. A lot of postage.

As for content, beyond the exquisitely printed photos, there’s probably not going to be enough hard information or even soft speculation in it for scholars of theatre generally or designers more specifically. There are disappointingly no overview essays attempting to contextualize the 15 years under review and no attempt to engage critically or theoretically with any of the material. There are no explanations for why certain designs are included. The closest the editors get in the volume is simply “a survey of significant stage design work” without explaining “significant” to who or why. Unfortunately, for one reason or another, real analysis seems to have been scrupulously avoided and that is a lost opportunity. Hopefully it will be found in time for the second and third volumes.

Certainly the original Hainaux volumes went the more scholarly route and even included useful bibliographies of books published during the decade related to design and theatre generally. One volume, in fact, reprinted a useful chart from a French newspaper comparing theatre in the 1950s with theatre in the 1970s. By quoting an external source, Hainaux and his team were no doubt able to avoid some of the infighting that must have occurred within OISTAT itself when it came to a final selection for inclusion in this volume and in a discussion on how much interpretation should or should not be included. Hainaux’ volumes are also still exceedingly useful for their clear approach and layout of the material itself: productions of Greek classics from around the world appeared in an opening section, then productions of European classics from Moliere to Shakespeare, and finally productions of significant modern plays from Miller and Pirandello to Beckett and Genet.

On the other hand, Hainaux’ volumes reveal a clear eurocentric bias. In this comparison, the new series is superior in that it includes at least some Asian and African material. But the chronological organization (1975 productions, 1976 productions, 1977 productions) is both meaningless without context and rather confusing. The 1975 section, for example, starts off with an Australian production of The Rocky Horror Picture Show, then moves on to a production of Equus in the UK, a production from Pittsburgh in the US and then, for some reason to a picture of a Samoan Fire Knife Dance from Western Samoa. We are given basic information on what each is but all connections are missing. Reasons for inclusion are missing. Yes, the pictures are beautiful but they only tell part of the story and no one – neither editors nor researchers — seem willing to tell the rest, the real story of world theatre and world theatre design during the years under examination.

Perhaps most curious is that the title page for each year actually includes a coloured flag down the page with important socio-political events from that year. But they are hard to read against the background and seem more decorative then editorial, as if someone couldn’t quite decide on whether or not they were important. For my money, such editorial support material is the skeleton that is needed to hold such a disparate mix together. Without that editorial centre, that critical centre, it is all just a wander, a designer’s tiptoe through the tulips.

Writing in his model Stage Design Since 1960 volume, then editor Rene Hainaux – a Belgian designer, an academic and certainly a bibliophile – said that he hoped his series could be “a bridge…between academic research and stage practice.” Each of his volumes were an important step closer toward becoming exactly that. Let me say again that McKinnon and Fielding and their team of research assistants and editors from around the world deserve the highest praise for resurrecting the Hainaux series and for publishing it so handsomely and so well in a time of tremendous economic pressure. Their efforts need to be supported by the theatre community at-large.

But Hainaux’ own vision is being given somewhat short shrift here. We need more and better beautiful words to make the beautiful visuals truly come alive. I have no doubt that the editors can make that happen. And if OISTAT itself doesn’t have writers to articulate their work in such an important series, perhaps IATC as a sister organization could offer some of its own expertise in the next volumes to provide the critical overview that could make this series truly worthy of its founding editor’s vision and its current editors’ dreams. 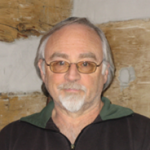 [1] Don Rubin is the editor of Routledge’s World Encyclopedia of Contemporary Theatre and was the founding editor of the national theatre journal Canadian Theatre Review. He is a former Chair of the Department of Theatre at Toronto’s York University and founding director of York’s graduate program in Theatre Studies (M.A. and Ph.D.). He is a member of the Executive Committee of IATC.