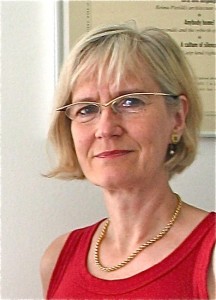 The death penalty. Life imprisonment. Flogging. These are punishments for homosexuality in more than 75 countries.

Why does the private become political? Who makes it happen? Why do religious doctrines define private matters such as sexuality? Why should those who wield power in the political system define personal sexuality?

Pirkko Saisio (born 1949), a theatremaker, a prolific and versatile author of 20 plays, several novels, film and television scripts, has written a play for the Finnish National Theatre entitled HOMO!, subtitled, ‘An opera about odd people.’ Since its premiere, September 2011, HOMO! has been playing to full houses.

HOMO! is particularly topical in Finland; civil relationships between two people of the same sex are permitted, but there is no law on equal, gender-neutral marriage. Both the Lutheran and the Orthodox churches in Finland receive government support (from taxes), and the majority of Finns are members of one or other of these religious communities. The churches’ doctrines have thus traditionally been influential. Socially, homosexuality is no longer considered reprehensible (neither is divorce!), but because some of the leaders of the Christian Democrats – who oppose the gender-neutral marriage bill – have expressed strongly homophobic views, thousands of tax-paying members have left the Lutheran church.

At the Finnish National Theatre HOMO! is a musical, composed by Jussi Tuurna; there’s a live band of four musicians on stage. The dozen-strong cast – including two students from the Finnish Theatre Academy – delight the audience with their considerable musical talents.

The characters of HOMO! include a middle-aged married couple, Veijo and Hellevi Teräs, their student daughter Rebekka and the family’s au pair, the handsome young Moritz, as well as Hellevi’s Conscience. Scene 1 begins as Veijo steps out of a closet, dressed as a fairy-tale prince.

This outfit isn’t specifically for me, because… I mean, it’s part of this whole thing. This Snow White thing. I’m waiting for the play to start. Just like you are. My name is Veijo Teräs and I’m playing the point of view role in this story. Writers put point of view roles like this in their plays nowadays. They didn’t used to.

Just to be clear – this isn’t a ballet costume. I’m not going to do any ballet dancing, but I won’t mind if someone dances, even if it’s a man. Particularly if it’s a man. But I don’t watch. Ballet, I mean. Not at the opera house, or on television, or anywhere, and I have no idea why we had to bring up ballet – or I had to bring it up – because this is a historical costume, so it’s appropriate. This is what men used to wear, real men like Romeo and Hamlet, or Cyrano de Bergerac. But we in the theatre these days have a hell of a job getting an audience to listen to what a man has to say when he’s standing there saying what he has to say in an outfit like this. People get the idea that it’s a humorous thing, but this isn’t, this Snow White thing, where I play the prince. Snow White is waiting in her glass casket, she died from an apple, which seems to have become the Apple logo, Lord knows why, the one on the laptops you see on the tables of every café in town.

Hellevi is a tough, hard-line Christian member of parliament who does not approve of gays. The biddable house-husband Veijo has sought the services of a psychiatrist because he is tormented by dreams about Snow White – who looks exactly like Hellevi.

Rebekka is infatuated with the handsome Moritz, but he is seeking his sexual identity and falls in love with a Muslim boy – who is gay, but suffers from the fact that as a Muslim he has no chance of being gay.

Hellevi’s Conscience can no longer tolerate Hellevi’s fundamentalist views, and runs away and becomes (temporarily) a Muslim… Saisio also portrays in her ironic fairy-tale the seven dwarves: these are young ice-hockey players, and ridiculous macho clichés. Moritz, unsure of his identity, desperately tries to be one of them.

From the metatheatrical opening onwards, the story treats its audience to a switchback ride of events and imagination. Scene 15 consists of a complete ”International Little Homo Opera”: in melodramatic succession, we see characters such as Hitler, Stalin, Churchill, St Paul, Goering, an Orthodox bishop (a parody of a well-known Finnish priest) and the brilliant British mathematician Alan Turing – who poisoned himself, with an apple, after he was sentenced to treatment with female hormones as punishment for a homosexual crime.

Hellevi, who has incessantly been praising ”the good, practical St Paul,” finds out that St Paul is (naturally) appalled by the fact that women are allowed to speak in the congregation – and the Orthodox priest is quick to inform him that in the Lutheran church women are allowed to be priests as well…

Borrowing from Ludwig Wittgenstein, the choir sings: “Whereof we don’t speak doesn’t exist, whereof one cannot speak, thereof one must be silent!” Stalin declares: “Homosexuality is a relic of capitalism!,” announcing that in the Soviet Union “revisionists, Jews, invalids, poets, homosexuals and believers in God‘ were not “talked about.” We remember how minorities have been treated in the past by various dictators – and how they are treated today.

In the end Hellevi is reunited with her Conscience in mutual, sweet politeness, as they both need each other. Veijo has started an IT business and found he is no longer bothered by weird dreams – even though he is still not sure about his sexual identity. Moritz has found his, as a gay man.

Saisio skillfully satirises the arguments of politicians and bishops in her dialogues, allowing also Hellevi a biting intellect as well as a sharp tongue. Ideologies and world views are juxtaposed, but the characters and the theme are not trivialised, despite the comic turns.

The subtitle of this review is borrowed from Tony Kushner’s world-famous play and television film,Angels in America (1991–1992), ‘A Gay Fantasia on National Themes.’ Set in the years of the outburst of AIDS in 1980s New York, it is a play about gay people, but embraces a huge scale of issues and themes – including religion, history and politics, Jews, Mormons, angels, McCarthyism, marriage, race, illness, friendship, loyalty and betrayal. Its world-wide success must result from the fact that the rich portraits of its characters are very sympathetic both in their suffering and in their love – as well as amusing.

Perhaps HOMO! is “preaching to the converted” – homophobes will hardly choose to see it. But it can make people examine their own thought patterns.
Politicians must not define people’s identities; gay people should not be subjected to any political or religious ideology.

The play both begins and elliptically ends with a metatheatrical construction as Veijo again ponders his “point of view role.” The finale is not a traditionally happy fairy-tale end, but it is touching.

The ensemble sings: “… if there were a land / where everyone could / love, love, love / whoever they want… There the twin towers / would still rake the sky, / in Baghdad instead of bombs / we’d hear a new story / about a thousand and one nights / where you can / love, love, love whoever you want!… Could it be here, that land, / where even strangers / are able to be loved?” The audience and the cast both share the last minutes of the performance in sincerely mutual wishful thinking.

A recording of HOMO! is available on a CD (later in digitised form,) from the Finnish National Theatre

The list of countries where homosexuality is criminalised:
http://en.wikipedia.org/wiki/LGBT_rights_by_country_or_territory 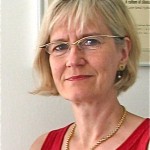 [1] Soila Lehtonen is the Editor-in-Chief of the online literary journal Books from Finland (www.booksfromfinland.fi) and a theatre critic. Among the books on Finnish literature and theatre she has edited is Helsinki: a literary companion (co-edited with Hildi Hawkins, 2000), and the Finnish issue of the internet magazine of European literature, Transcript (www.transcript-org, 2004) . She is also an Honorary Vice-President of the International Association of Theatre Critics (AICT–IATC).
[2] Pirkko Saisio (born 1949) is an author, playwright, director and actress. She has written a wide selection of tragedies, comedies, musical plays, television dramas and film scripts. Saisio has also published fiction under two pseudonyms, Jukka Larsson and Eva Wein. The third novel in her trilogy of autobiographical novels (1998–2003) won her the Finlandia Fiction Prize in 2003 (she donated the sum, € 26,000,  to the Finnish association for sexual equality, SETA).