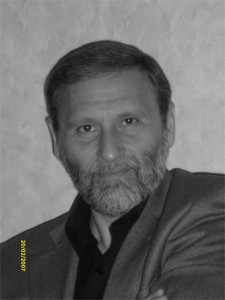 Children perceive the world through fairy tales; they grow up, little by little, on these tales. There is nothing conditional, fictional or false for them: everything is true, real—as real as the sea, as ships sailing on the sea; as real as the earth and the trees growing on it. There is a fine line between reality and fantasy in such tales.

Fairy tales are a nation’s childhood. Every country senses its cultural identity in these stories. If you want to discover a nation for yourself, observe its traditions, learn its language and then read its tales.

The Baku International Puppet Festival also had its origins in tales. It began with the heroes of both folklore and authored stories: Jirtdan, Malikmammad, Phoenix (in Azerbaijani – Simurg), the beautiful long-haired Tik-Tik khanim, and other characters from world-famous yarns… The opening ceremony took place in front of the Abdulla Shaig Puppet Theatre (named after a well-known Azerbaijani tale-teller). Puppets and people mingled. Journalists perched here and there with their cameras and microphones.

The opening performance was White and Black, by the Azerbaijan State Puppet Theatre. The little hero of the play took children and adults by the hand and led them into the night of an emerald city full of tales; he showed them funny, prankish dwarves, a good sandman and beautiful babies in the strange shadows in the Baku theatre.

We were next introduced to Uzbekistan’s Khorezm regional puppet theatre and their performance of The Lezghin from Khiva at the Russian Drama Theatre. The story is based on motifs from Uzbek fairy tales and combines ethnic traditions, dances and music: a display of Khiva Lezghin culture. It is built around a dialogue between two Lezghin characters as masters of ceremonies and has the traditional motifs of Soviet national puppet theatres of the past century. The actors, however, were highly impulsive and in an positive mood: they performed with great joie de vivre and fanfare. To tell the truth, this was necessary to the performance: the aim was to appeal through the exotic rather than through puppet dynamics. A pleasing performance, I was right in believing that this would be the oldest spectacle in the festival!

Evening shows were provided for the older aficionados of the art. I do not say “shows” in vain. The Paper Cinema puppet theatre had come from the UK with three of Edgar Allan Poe’s stories made into short films with paper pictures and projector, with live music and a mix of cartoon, shadow and puppet theatres. The puppeteers manipulated the paper pictures in front of the lamp so that 3D images appeared on the screen, providing perspective, rhythm and a dynamic visual story. The three stories were based on a pattern of thought. However, the magic of the technique outshone the idea, the action and even the thread of thought; it was most attractive as a way of creating a certain mood and atmosphere. I thought this show had the most imaginative technique of the shadow plays.

The Gong Theatre for Children and Youth from Sibiu, Romania, surprised everyone when they presented a marionette performance called Honey, Sugar and Salt as a Romanian story, although there were clear similarities with Shakespeare’s King Lear. One day the king asks his daughters… Do I need to continue? The only difference was that after the youngest states that she loves her father as she does salt, and is expelled from the country, she meets a handsome prince, falls in love with him and lives happily ever after. To tell the truth, this performance was less engaging and technically quite stiff; without scenery or music.

Child’s point of view Thoughtless, by the Playground puppet theatre from Spain, was a brief show on a small stage and was based on the aesthetics of the black box.

This very visual story was told with a child’s heart and a child’s spirit, but about adults. This spirit was embodied in a child’s possessions, which were the main characters in the performance. The puppeteer entered the stage with a large box and played like a child. He put a long white sock on his hand, poked his first and middle fingers through holes in it, took out a pair of little shoes like thimbles, put them on his fingers and began the play, which was a visual presentation of a story. Love takes a young woman to heaven. But life without love means an emptiness of dreams and a falling from the sky. The puppeteer manipulated his fingers as if they were a puppet and used chalk to draw on the floor of the stage the life line of a woman falling from her dreams. He shuffles her through the city’s sewers and takes her to a broad asphalt street with many cars. So, this is a new stage in her life. The musical accompaniment helped the audience to understand the meaning of the puppeteer’s pictures.

Thoughtless is a show made up of short stories. Fantasy and reality are interwoven; ordinary objects are combined with unusual visual projections. Using finger puppetry, the puppeteer also exploits shadow theatre, object theatre and digital art, and remains faithful to his theatre’s creed: to assign new meaning to small things through a creative approach. This performance was, for me, the most successful play of the festival!

The Budrugana Theatre, from Gagra, Georgia, performed What a Nice Day, a play without puppets or actors; they used only hands, a projector and a screen, i.e. shadow theatre. The miraculously flexible hands of the actors gave life to the shadows and turned them into cartoons. Hands became a tree, the wind, the moon, a pond; they moved like a bear, they swam. This was certainly the most miraculous shadow performance of the festival.

The Figure Puppet Theatre from Vienna, Austria, gave a masterful manipulation of marionettes. There was a wonderful synergy of marionettes and shadows as the former painted pictures, played the piano and skateboarded – all the while their actions being projected onto screens as if they were decorated eggs. This was the most skilful acting in the festival!

The Lele Puppet Theatre from Vilnius, Lithuania, performed Music Box (V. Odoevskiy´s Box with a Secret) which presented a view of a child and his family relations. This was a highly intellectual show. The actors brought three boxes onto the stage. Snuffboxes, perhaps? As the boxes opened, they turned into puppets (Father, Mother and Child). Their heads were human, as were their feet, but their bodies were machinery. The Father was a typewriter, the Mother was a sewing machine. Preoccupied with their work, loving only their occupations, their only communication was quarrelling with one another. Next to them, the Child just spun his bicycle wheels.

This was also a “black box” performance: the actors in black on a dark stage, with heavy music and difficult subject matter. The atmosphere was a little oppressive and the action a little static. In any case, The Music Box was the deepest play of the festival!

On the last day we watched the Georgian Multi-Pulti World Puppet Theatre from Tbilisi present Tsikara, a Georgian folk tale for children.

The set revolved around a fir tree, adding rhythm and a dynamic to the puppets’ movements. Tsikara the bull helps his orphan friend escape his stepmother, and is ready even to sacrifice his life for the boy. But there is no final tragedy and it was an interestingly energetic fairy tale for children. I think that Tsikarawas the best performance for children.

Azerbaijan´s Gah State Puppet Theatre performed its celebrated show, Repka, at the Abdulla Shaig Puppet Theatre. This play is a wonderful combination of pantomime, wooden puppets and marionettes, but technical problems prevented the performance from reaching its full potential.

The festival’s final performance was Wild Geese, by the Ekiyat State Puppet Theatre from Kazan, Tatarstan. This was an event on a grand scale, played at lightning speed on a grassy set. The actors were actually more expressive than the puppets: they sang, danced and organized a small Sobuntay (Tatar national holiday). This was the perfect way to end a festival, which had also featured puppeteers from Egypt, Iran, Turkey, Kazakhstan, Estonia and Astrakhan.

All performances bar one sold out, and there were even people on the floor and stairs. The festival aimed to spread artistic and aesthetic trends important to modern puppet theatre, to discuss the areas of interest and priorities for the contemporary world of puppetry, and to establish a wide network for contact between puppeteers. Time will tell how far it succeeded…

The festival was organized by the Azerbaijan Ministry of Culture and Tourism with assistance from TURKSOY and UNIMA. 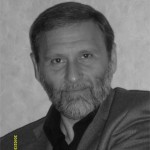 [1] Talibzade Aydin Agha Yunis oghlu (b. 1958) is a theatre expert, critic, member of Azerbaijan Writers Association since 2001, Candidate of Art (1989), laureate of the «Aydin Mammadov» award (2001). He became a junior researcher at the Azerbaijan State Museum of Art (1983). He now works as an associate professor at the Azerbaijan State University of Culture and Art (since 1983). He defended his dissertation, The Poetics of the Middle East’s theatre in the middle ages, in Moscow (1989). His publications include Tragedy: about genre definition (1990), Master and Mirror (2004), Theatre and theatricality in the Islamic world (2006, in Russian), The History of the Theatre of the East (2008), The Problem of Mehdi, or Conceptual hamletism in Art (2009).