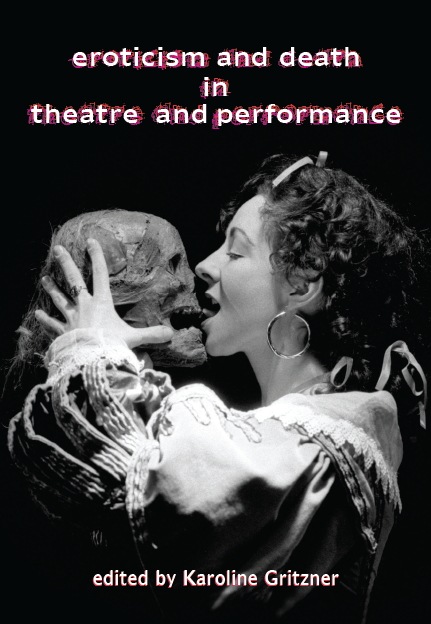 In Andrei Tarkovsky’s remarkable final film, The Sacrifice (1986), the protagonist, Alexander (a revered theatre critic) responds to an impending apocalypse (an implied nuclear holocaust) by cycling to the home of Maria, a humble young woman who is believed to be a witch “of the best kind”, and persuading her to have sexual intercourse with him. The ensuing sex scene freezes the entwined couple mid-coitus and elevates them above the bed as if they were a spiritual statue representing sacrifice and redemption.

This scene, indeed the movie as a whole, stands in a long dramatic and literary tradition in which sexual desire and death, the two great mysteries of human existence, combine as a driving force. Indeed, one might argue that this sex/death nexus, rather than Aristotle’s formula, forms the fundamental basis of tragedy.

In Sophocles’s Oedipus Rex, for example, the ill-fated king brings disaster upon his people through an unwitting act of transgressive sexuality; namely, having sexual intercourse with his mother. In Euripides’sThe Bacchae the power of the god Dionysus over his followers is founded upon his sexual magnetism. The frenzy in which the Bacchae destroy Pentheus is, at base, a sexual frenzy.

If we move forward to the Renaissance, we find the sex/death nexus at the heart of many of Shakespeare’s tragedies, from Romeo and Juliet to Hamlet. In Macbeth, Shakespeare toys with the Aristotelian notion of fate (through the witches’ prophecies), but the regicide is not an inevitable act; Macbeth is no Oedipus, he is not an unwitting pawn in a celestial game. Rather, Macbeth’s power lust is inseparable from his sexual desire for his wife. Lady M plays her rhetorical trump card when she says:

When you durst do it, then you were a man:

And, to be more than what you were, you would

This sexualised rhetoric-cum-blackmail (Lady M promises greater sexual desire for her husband if he commits the crime, and threatens less if he does not) is no less persuasive than Henry V’s speech before the Battle of Agincourt. More than any other factor, it drives Macbeth on to the murder of the King.

To consider these various examples is, I would suggest, to agree with Karoline Gritzner, editor of this fascinating collection on eroticism and death, when she writes (in her own contribution to the book, a fine essay on Büchner) that the sex/death nexus is “typically resistant to deterministic explanations… ”[i] This resistance has many aspects, ranging from the profound and seminal mystery of both sexual desire and death (a mystery which is deepened and magnified when sex and death combine), to the kaleidoscopic array of artistic contexts in which the sex/death nexus plays a central role.

Given the tremendous plurality of the topic, it is immensely helpful that this book is, rather than the work of a single author, a collection of various voices, alighting upon a hugely diverse series of subjects. This collection ranges from David Rudkin’s essay on the Eros/Thanatos interface in Attic tragedy, (a piece which asserts expertly the thesis of the entire collection; namely, that the sex/death nexus is the ancient and enduring driver of tragedy) to pieces exploring the combination of sexual desire and death in a diverse set of contemporary contexts, including essays on the work of American performance artist Ron Athey (by Roberta Mock) and Australian rock star and novelist Nick Cave (by David Pattie).

In alighting upon Büchner, Gritzner has identified a particularly interesting example of the use of the sex/death nexus in the work of a 19th-century dramatist who was pulled agonisingly between competing and powerful political, philosophical, ideological and aesthetic forces. Gritzner explores the painful tension between Büchner’s radical socialism and his, at least equally strong, nihilism. Citing Raymond Williams and Terry Eagleton, she makes a brief, but intriguing, excursion into the case for a left-wing tragedy (one in which socialism and nihilism form a productive dialectic).

Gritzner finds an excellent example of the productive possibilities of Büchner’s personal and philosophical crises in his first play, Danton’s Death (1835). Here, as in his unfinished masterpiece Woyzeck (1837), Büchner reveals himself to be a post-Romantic writer (“a child of Romanticism” the dramatist has the Romantic spirit of sturm und drang, sharing its “openness to the ultimately unanswerable questions surrounding human desire, passion, love, sexuality and death… ”). [3]

However, despite his personal and aesthetic nihilism, he locates his Romantic spirit in the arena of politics. In Danton’s Death we find, in the character of Danton himself, a liberal and pluralistic sexuality. This, as an expression of revolutionary freedom, is in absolute contrast to the “puritanical moralism” of Robespierre.[4] Here, the practice and ideology of sexual desire become bound up in what Yeats calls the “terrible beauty” of revolution.[5]

We return to France in Richard J. Hands’s ingenious, conceptual essay, ‘Labyrinths of the taboo: theatrical journeys of eroticism and death in Parisian culture’. Here, Hands takes on the mantle of a critical flâneur, walking us through the streets, and the cultural history, of Paris.

From the Paris Métro system as the location of subterranean nefariousness and transgressive sexuality, to the Eiffel Tower as phallic symbol and the Arc de Triomphe as its vaginal partner, Hands makes a very persuasive case for the strong link in Parisian culture between l’amour and la mort. This he finds located not only in the burgeoning sex industry of modern Paris, but in the fascination/revulsion of 19th-century Paris (as London) with the crimes of necrophiliacs; one infamous defiler of the Parisian dead was known, illuminatingly, as “the vampire” (a title which alerts us to another aspect of our culture which is predicated upon the connection between sex and death).

In his essay, ‘Flirting with Disaster’, David Ian Rabey, by way of Joe Kelleher, offers a crucial challenge to Aristotle’s notion of tragedy as social and political catharsis which, through enacting transgression on stage, prevents such destabilising behaviour from occurring within society. On the contrary, argue Rabey and Kelleher, theatre, and tragedy in particular, have a “mercurial” quality; their tendency is towards other social and political possibilities.[6] Rabey’s ensuing consideration of the destabilising possibilities of eroticism and philosophy, and the sex/death nexus is both rewarding and convincing.

Rabey finds evidence for his case in the erotic tragedies of both Shakespeare and Howard Barker. Eros and the sex/death nexus transcend the seductions of political power. When Shakespeare’s Cleopatra announces, “My oblivion is a very Antony”, she articulates a catastrophe of immense personal and global political significance which is rooted in sexual desire. When Barker’s Katrin (the dismembered, raped and impregnated protagonist of his great play The Europeans) says, “I wish to hold on to my agony, it’s all I have”, her public expression of the pain endured through sexual violence is in defiance of a Christian State (the Habsburg regime) which would subsume her experience within its narrative of sacrifice and victory.

Given his status as, arguably, one of the greatest living tragic writers in English-language theatre, it is appropriate that the afterword to this book should be written by Howard Barker. Entitled ‘The corpse and its sexuality’, Barker’s essay makes a powerful case for, “the erotic status of the corpse”.[7] One need only think of the life-sized, ornately painted sculptures of the pre-resurrection, dead Christ which adorn numerous Roman Catholic places of worship to understand what Barker means by the “exquisite vacancy” of the cadaver.[8] From the Dracula narrative to the rise of anatomy as performance in the 19th-century, Barker makes a compelling argument that the sex/death nexus is so deeply embedded in human culture that death itself, as manifested in the dead human body, also carries its own sexual fascination.

Barker’s bold historical afterword is a fine end point to a genuinely and wonderfully diverse collection on an inescapably powerful subject. Try as they might, the exponents of a modest, 21st-century naturalism in the theatre cannot drown out the resonant possibilities of tragedy and its multifarious articulations of the seminal connection between sexual desire and death.

Eroticism and Death in Theatre and Performance