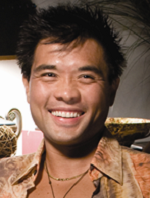 Read the set of interviews in this sixth edition of Critical Stages not for the subjects’ nationalities, which are evident enough. Read them for what the interviewees have to share about the states of their contemporary theatre. One value of these interviews arises from their diversity—their differing senses of what constitutes internationalism within the context of their theatre practices.

Three of these five interviews introduce us to new voices in the international theatre: the Bulgarian director Javor Gurdev, French playwright Rémi De Vos and Italian playwright Fausto Paravidino. Two other interviews offer career retrospectives of theatre artists who have made a tremendous difference in their part of their world: the American actor/director/scholar Robert Goldsby and the Romanian actor/general manager Ion Caramitru.

Unless you’ve spent time in Bulgaria and Russia, you may not have heard about Javor Gurdev, a 40-year-old director of film and theatre, whose productions the critic Emil Iliev is passionate about. Iliev’s interview, “You Can Twist Time And Space And Find Yourself Somewhere Else,” gives us a glimpse into the mind of a stage director from the Balkans who intensely fixes on what he calls the “naked theater reality.” In so doing Gurdev’s productions flirt with the mystical sides of life, as Iliev notes in the questions he asks. We find in Gurdev a remarkable young artist who’s searching for his place in a shifting, global landscape. “Theatre artists maintain different identities in each local context,” Gurdev avows. “I am one person in Bulgaria, another kind of artist in Russia or America or Berlin.”

Critic Irène Sadowska-Guillon interviews the French playwright Rémi De Vos in a probing article, entitled “Un théâtre briseur des tabous.” Sadowska-Guillon gives us a crash course into De Vos’s writing life. Applying her critical faculties, she interrogates De Vos whose theater is engaged with comic absurdities and sociopolitical realities, especially in the world of work. This is a terrain familiar to De Vos, having worked over the years as an ambulance driver, a night watchman and a metal worker while living in Paris and setting his sights on becoming a writer.

That peripatetic lifestyle led to pursuits abroad. He’s had residencies, workshops, immersions and productions in places as far-flung as Beirut, Vietnam, Paraguay, Peru, Turkey, Greece and the Democratic Republic of Congo. “When I started writing theater,” Rémi De Vos recalls, “I was asked to do writing workshops in various Latin American countries for several months, for several years running. These work stays abroad helped me put into perspective my reality: the French way of life.”

Critic Sadowska-Guillon also highlights the recent work of Fausto Paravidino, a young Italian playwright born in 1976 in Genoa. After brief stints at small theatre companies and Rome’s Gloriababbi Theatre, Paravidino nabbed a residency at London’s Royal Court Theatre in 2000, where he wrote La maladie de famille M (which he discusses with Sadowska-Guillon). A translator into Italian of the plays of writers such as Shakespeare, Harold Pinter and Conor McPherson, Paravidino is very much an up-and-comer. Last year, his tragic farce La maladie de famille M. was staged in the city of Taipei in Taiwan.

Theater artists can’t help but discover the nature of their work in the crucible of the international encounter. In the case of Ion Caramitru, the legendary Romanian actor and general manager of the National Theatre in Bucharest, the theatre arts are indistinguishable from statesmanship. In a 1992 conference held in London’s House of Commons, Caramitru said, “In the part of the world that I come from, a generation was born and lived which, besieged in its own country, understood that culture was the only way out. To overcome a deep sense of metaphysical fear, this generation formed deep and trusting friendships, searched for books, went to the theatre and made great efforts to learn foreign languages. Looking back on it now, why does it remind me of Gogol, of Dostoyevsky, of Swift? Why, at a time of lies and compromise, did I feel the need to withdraw into the theatre? Was it because everything seems possible there?”

Theatre was a chance to survive for Caramitru, whom the critic Ioana Moldovan describes as “one of the most recognizable faces that kept hope alive during the first days of the Romanian Revolution of December 1989.” Theatre was a shared language—the only medium in which dissent could be expressed at the time. It was no coincidence that in the 1989 revolution Romanians turned to Hamlet (i.e., Caramitru) for a leader who declared, “My army is at your disposal. Tell us where to go.” Following his instinct, Caramitru directed protesting students and teenagers to the TV station where, after fierce fighting, he found the TV news studio guarded by only a single Securitate man, too frightened to raise his hand in a salute. From there Caramitru and a poet-friend made an announcement to the nation: “We’re free, we’ve won. Don’t shoot anyone. Join us.”

Hamlet serves as a signpost for another legendary figure: Robert Goldsby. In Lissa Tyler Renaud’s candid and beautifully illustrated interview, “Old Souls into New Souls,” Goldsby fesses up. He says that the scholar-critic Dover Wilson’s book What Happens in “Hamlet” made a strong impression upon him. He states that the title of Wilson’s book on Hamlet expresses that “critical question”—”where I always start as a director of any play.”

Goldsby played an instrumental role in guiding two Bay Area troupes—San Franciscio’s celebrated American Conservatory Theatre in the late 1960s and the legendary Berkeley Stage Company (1974–1984), which introduced many important new plays and playwrights to the USA—both of which helped define USA’s non-profit resident theatre movement. Goldsby explains that “the director faces the audience as the ‘beast with a thousand eyes’ whom he or she must persuade to laugh or cry, and they spend months making choices that they hope will connect with the public at the performance taking place in the present time.” But while politics courses like blood through Ion Caramitru’s veins, Robert Goldsby insists that “Doing plays for social or political ends has never appealed to me.”

A word about the contributors:

Read the following set of interviews not for the nationalities of their authors, which are evident enough, but for their critical expertise. Emil Iliev, a writer and critic based in the city of Sofia in Bulgaria, appears for the first time in this web journal. Already his choice of whom to interview and his pointed questioning style reveal a searching intelligence. I look forward to receiving more reports from Iliev concerning the performing-arts treasures of Southeastern Europe.

The prolific critic Irène Sadowska-Guillon, featured in this edition with two interviews, remains one of the journal’s passionate chroniclers of the contemporary international theatre scene. She deserves a medal for always turning in her interviews way ahead of the deadline. More important, her eye-opening interterviews illuminate fresh new voices whom we might never have known without her critical interventions.

Critic and writer Ioana Moldovan is a regular contributor to Critical Stages, with the result that she has transformed herself into something unique. She has become an indispensable critical guide to the Romanian national culture. She is able to argue that attention must be paid to intriguing new or young artists from that part of the world. She is also an intrepid historian, spurred by a desire to record for the future the voices of some of Romania’s great central figures.

Critical Stages is profoundly grateful to Moldovan, for example, for her poignant interview, “Looking Back Now After Seven Decades of Theatre Activity,” posted in last year’s fifth edition. This was one of the last major interviews granted by the late Romanian actor/director Ion Lucian who recently died a few days short of his 88th birthday. Lucian was one of the few theatre people who still recalled the glamorous days of old before the advent of Communism when the Romanian theatre was managed by private enterprises. Lucian remained a mover-and-shaker in his old age. Last year he opened a new children’s theatre in Bucharest. Called Excelsior, it was the first theatre in Bucharest since the 1989 Revolution to be built completely from scratch.

A final tip of the hat goes to warm, brilliant and indefatiguable Lissa Tyler Renaud. A director and master teaching in acting and voice training based in San Francisco, Renaud continues to shine a light on fantastic theatre people who sometimes work out of the (rather blind) eye of the media. Putting together this multimedia piece on Goldsby was, as Renaud tells me, “a wistful experience.” Each email or photo he sends brings up amazing anecdotes too rich and numerous to fit in an article.

“Goldsby is a wonderful man of the theatre, an artist of the sort we have far too few of in our time,” Renaud notes. May I direct you to the lavishly illustrated slideshow that accompanies the Goldsby interview? With just a few clicks, this album tours the portfolio of a complete person of the theatre.
Enjoy these conversations as much as I was thrilled in curating and editing them together. 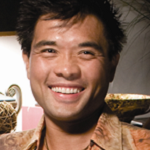 [1] Randy Gener is a writer, editor, critic, playwright and visual artist in New York City. His photographic installation-art piece, In the Garden of One World, recently debuted at New York’s La MaMa La Galleria. Author of Love Seats for Virginia Woolf and other Off-Broadway plays, he is the recipient of the George Jean Nathan Award, the highest accolade for dramatic criticism in the United States, and NLGJA Journalist of the Year, among numerous other awards, for his critical essays in American Theatre magazine, where he works as contributing writer. He also won a Deadline Club Award from the New York chapter of the Society of Professional Journalists for “shedding light into censorship and repression of the arts.” Gener most recently helped curate, produce and create “From the Edge,” the USITT-USA National Pavilion to the 2011 Prague Quadrennial of Performance Design and Space. His website is theaterofOneWorld.org. 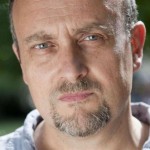 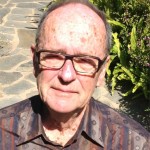 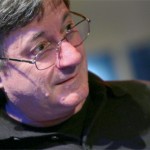 When Hamlet Is in Charge – An Interview with Ion Caramitru, Romanian Actor, Director and General Manager of the National Theater in Bucharest 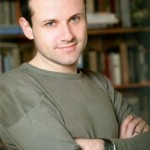 “You Can Twist Time And Space And Find Yourself Somewhere Else” — Javor Gurdev, Bulgarian Director