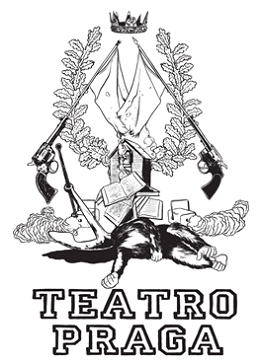 The individualities that form Teatro Praga — a group of artists who began to work together in 1995 in Portugal without a director — state that they “embrace an unrepeatable theatrical practice.” According to the company’s website, www.teatropraga.com, “They [the performers] are always different, in constant metamorphosis and subject to unpredictable variations of themselves. The group [members] find their difference and identity not in questions such as ‘What do we do? What has been done?’ but in a necessity and will to live in confrontation with the answers that arise out of those questions.”

This is how Teatro Praga describes itself and its body of work. But a curious particularity in the work of Teatro Praga is revealed when the company members are able to combine intense references that are as broad as philosophy, theatre theory, sociology and economy. The group says: “Our performances are happenings which, whilst maintaining the physical form of theatre (fiction), search for the ‘utmost responsibility of the spectator,’ i.e. the chance to find a community amidst the fictional chaos.”

What these statements mean is that throughout the years Teatro Praga has managed to prove that it is possible to conciliate a theatre that proposes a reconstruction of the theatrical hierarchy while maintaining the art form’s principal purpose — to question why do we go to the theatre. In Portugal, a country that has a very recent history of contemporary theatre (no more than 30 years) and which still suffers from a lack of visibility abroad, Teatro Praga’s discourse is able to move along the frontiers and to present itself as a political theatre in the sense that “political” means a public intervention.

What follows is a wonderful and elliptical discourse not just with one member of Teatro Praga but with the entire collective. In reply to questions posed, this group response comes from André e. Teodósio, Cláudia Jardim, José Maria Vieira Mendes and Pedro Penim — all of whom are based in Lisbon.

To emphasize this point, Teatro Praga has declined to submit to Critical Stages not your usual company portraits of its members. Instead, Teatro Praga prefers to identify itself through a company logo.

1. In your country/city, is there any major issue (e.g. a contemporary social problem) that artists fail or neglect to address on stage? Why? Is this due to censorship, or to a blind spot in the community’s shared perception of the world?— or to a community’s consciously or un-consciously avoiding it?

So, there is no censorship, and not even a blind spot on the community’s shared perception of the world. Quite the opposite: what the community is unconsciously avoiding is dissent or difference. The Portuguese theatre community is afraid of losing its notion of democracy which confuses equality with being equal! As a result, art loses terrain.

2. What, if anything, is difficult in communicating with the designers/directors/actors/playwrights? Why? How early and how often do you exchange views about the coming production? Have you designed shows yourself, and if so, does that make communication easier?

I guess that what is difficult is to find people who demand of themselves to work in a fundamental way (not in a fundamentalist way). What I mean by “fundamental” can best be understood when it is opposed to someone who’s just trying to fulfill the needs of the performance (which are invisible) in the most literal way — without risk but, above all, without thought. Fundamental in the sense that the result of their actions short-circuits other people’s ideas. I guess that happens due to the burden of academic teaching and the power of media heritage (as if a painter could only paint forever). For example, in their personal lives, set designers display great taste in their choices, but when they work in theatre, their designs suddenly become “theatre-like.” It is still the power of Aristotelian mimesis seizing people’s habits (the democratic misunderstanding, as I mentioned above).

Because in our company we devise our work, we all have to lose all media interests and just talk about abstract notions related to the performance we are creating. That means that our communication afterward is easier (everybody is acknowledged with the performances issues) and that our process is fundamentally against disciplinary totalitarianism. Art was never about discipline — although I will not guarantee it is not about being totalitarian. (Laughs)

I would say presenting the performance itself. I guess we would be happy just having ideas, and building the performance until the premiere. But anyway, we tackle it by the feedback. It is always worthwhile when you have audiences who’ve seen you perform are then provoked to think out loud (either in happy or sad terms). So we go on.

That is a hard question when the creative process itself is as critical as it can be! We are always fighting (we are like an army of thought). I guess you mean criticism in newspapers and other publications, and on television. Well, we have had all kinds of criticism. We joke about stupid texts saying bad things about us, and we are always proudly angry with bad texts that declare bad things about us. The in-betweens don’t matter (good texts saying good things and good texts saying bad things — which are very rare). Of course when a good text is really good, it is important for us in the sense that the text itself contains the answer for our next production. A good text shows us where we do fall on the pattern, and that makes us want to run away and go someplace else.

5. In what way do the devised performances of Teatro Praga address the current zeitgeist? For those people outside of Portugal who have not experienced the themes/questions/issues you explore, how would you describe your work?

We always say that we are info-maniacs (we try to absorb everything that is around us). In that way we can somehow manage what we call the sublime maneuver, that is, using everything that is available to us in fragments, condensed together in one time and one space (an Event). That Event is a monster. Some call it the return of the real. We say it is a real monster that was always here, but we manage in our everyday lives to turn our eyes away from it. You may ask why should that Event be pertinent to us? Because for us that Event is responsible in our current zeitgeist for the opportunity it gives us to underpin and destroy things which are everyday being naturalized (being that naturalization is even more monstrous than the real monster). However, it is not as if we are fighting “real” with reality or fiction. We are making the sublime — we are constantly putting ourselves on the verge of falling — we leave behind nature and are heading to humanization — and vice-versa, that is, leaving behind humanization and heading to nature. Nature not in its form but in its potential power to destroy. 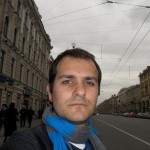 [1] Tiago Bartolomeu Costa is a theatre and dance critic based in Portugal, working for the newspaper Público and founder of the performing arts magazine Obscena. He is the receipient of the International Cultural Leadership Award by the British Council (2009–2010) and the International Prize for Cultural Journalism Carlos Porto (2011).

“We Make the Sublime Maneuver, Constantly Putting Ourselves on the Verge of Falling” — An Interview with the Portuguese Collective Teatro Praga