In this edition of Critical Stages we conclude our publication of papers from the conference on the timely subject ofIntercriticism which was held in Maribor, Slovenia in October 2010.

Theatre criticism around the world is, arguably, currently undergoing a greater period of turbulence than it has experienced since the invention of the printing press (in the 15th-century) and the consequent arrival of mass-published newspapers (in the 17th-century). The economic and professional position of critics is increasingly endangered, by economic, cultural and technological factors (from the growth of the internet and of online theatre reviewing of varying kinds; to the decline in the circulation, and sometimes closure, of printed newspapers and magazines; to the perceived reduction of the ‘cultural capital’ of theatre critics in cultures which are, it is argued, increasingly anti-intellectual).

The economic vulnerability of professional theatre critics is reflected in the realities of employment for young people who are currently embarking upon careers in criticism. I had the honour and privilege of monitoring the IATC’s young critics’ seminar in Riga, Latvia in November of this year (2011), and of the 11 participants from around Europe (including myself), not a single critic made a living wage from criticism alone. The remunerative work done by members of the group ranged from commercial copywriting to theatre administration, teaching, editing, personnel management and singing in an acapella group! Increasingly, the rise of the boundary-defying ‘intercritic’ – who moves onto territory which, in some cultures at least, was forbidden to critics in the past – is a matter of simple economic necessity.

As so often, however, when the conditions of life for a group of intellectuals change, we have to analyse not only the economic realities, but also the intellectual implications. So it is, in his paper entitled ‘Whose Performance Is It Anyway?’, that Finnish critic Matti Linnavuori turns his analytical and witty attention to trying to define an ‘intercritic’ from a cultural, intellectual (and footballing!) perspective.

In his paper, entitled ‘(Un)Critical (Re)positionings’, the co-editor of this section, Savas Patsalidis from Greece, places the ‘intercritic’, tantalisingly, alongside the ill-fated character of Pentheus from Euripides’s great tragedy The Bacchae. Where, Patsalidis asks, does the ‘intercritic’ sit in relation to Pentheus’s tragic shift from observer to participant?

Finally, Slovenian critic and academic Tomaž Toporišič focuses upon the immense implications of a fast-changing economic, cultural and technological landscape, asking: ‘Critique and criticism? Can they survive in a time of intertextuality, intermediality and corporate capitalism?’

The changing landscape of theatre criticism has created a startling array of questions. A fact which is reflected in the breadth of subjects and perspectives contained within the three papers we are proud to publish here.

[1] Mark Brown is theatre critic of the Scottish national newspaper the Sunday Herald and a theatre and performing arts critic for the UK newspaper the Daily Telegraph. He teaches in theatre studies and theatre criticism at the Royal Conservatoire of Scotland. He is a member of the executive committee of the International Association of Theatre Critics, for which he is also adjunct director of young critics’ seminars. He is a member of the editorial board of Critical Stages and English-language supervisor for the webjournal Prospero European Review. He is editor of the book Howard Barker interviews 1980-2010: Conversations in Catastrophe (published by Intellect Books). In 1999 he received the Edinburgh Festival Fringe Society’s ‘Allen Wright Award’ for “outstanding arts journalism” by a young writer. 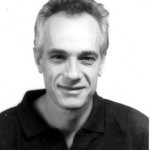 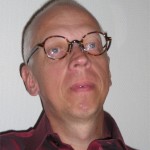 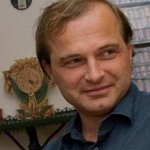