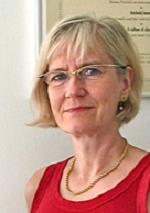 Sitting on a bench on the revolving stage of the Finnish National Theatre, on the wrong side of the closed iron curtain, beginning to whirl around in the semi-darkness lit only with candles, the order from someone in the cast, “Let’s roll!”, sends a pleasant chill down my spine: do, let’s!

This is a carousel, a Ferris wheel, a ghost train starting its circular journey into an unknown theatrical universe. The spectators of Mr Vertigo find themselves spending most of the evening on the benches on the revolving stage, or, after the interval, around it, accompanied by cool, melancholy, contemplative, sensual, hilarious tunes by Verneri Pohjola’s jazz trio of wind instruments, keyboard and percussions. This is music that matches the play perfectly: a strong narrative entwines with self-confident improvisation, inspired by the interaction between the ensemble and the audience.

Mr. Vertigo (1994), Paul Auster’s seventh book, tells the story of an orphan boy in 1930s St Louis. After harsh years as the long-suffering apprentice of the mysterious Master Yehudi, Walt becomes the sensational Wonder Boy – by learning how to levitate. Auster’s whimsical, rambling, dark, tragicomic novel about illusions, freedom and the unattainability of love is transformed into a capricious theatrical journey.

One night in 2008 Kristian Smeds stands in the middle of the big stage of the Finnish National Theatre, after yet another performance of Tuntematon sotilas (“The unknown soldier”) that he directed. His adaptation of a novel the majority of Finns know well – or at least they are familiar with either of the two films made of it, an epic story about soldiers in the long and heavy war of 1941–44 – had been running there since late 2007.

Smeds feels the afterglow and energy in the now empty house: the sad and at the same time strangely consoling experience of something that just a moment ago was present, its absence so strongly felt that one wonders whether it really existed at all. Smeds begins to think about possible means of conveying a similar theatrical experience to the spectators – those who never stand on the stage alone. Smeds remembers Mr. Vertigo he once read, the story about magic, illusions, an artist’s hubris. Would an adaptation work on the stage? And how would the stage work?

Another Finnish theatre practitioner, Esa Kirkkopelto once said that theatre is not for everyone. I think it means that theatre, as a form of art, is something you have to both accept and favour, it is a game you play with certain rules. Bertolt Brecht said that in order to have fun in the theatre the spectator must agree that in general theatre IS fun. (He also noted that for someone suffering from an acute gallbladder attack “The Merchant of Venice” is not exciting enough.)

An old theatre is infused with the past presence of hundreds of thousands of people, of emotions, thoughts, experiences and theatrical illusions – “tragedy, comedy, history, pastoral, pastoral-comical, historical-pastoral, tragical-historical, tragical-comical-historical-pastoral, scene individable, or poem unlimited”, as well as the satirical, the post-modern and the meta-theatrical. To stand on the revolving stage of a venerable old theatre is, for someone who does accept and favour the game of the theatre, a special moment. The theatre is larger than life, and it is in control of your life as long as the performance lasts.

Watching Mr Vertigo, I am suddenly made to view the 111-year old auditorium, those thousand or so empty early 20th-century red velvet seats in semi-darkness, and the strange undulations of lights and colours projected onto the circles that make the whole space sway and flicker, as if reflecting water. I suddenly see a column of smoke rising up in the middle of the stalls, then, for a fleeting moment, the surreal figures of a giant giraffe and zebra – doing something in the sixth row, making love? – as if in a dream where reality is distorted in sounds, lights and forms.

The highly expressive, athletic Tero Jartti (an actor by training, but in his first theatre role in 20 years) as Walt, wearing just a pair of long johns, interprets the dizzyingly powerful experience of creativity with hilarious comedy as well as with touching desperation. Jartti, an intensely expressive body, portrays the laughable hubris of an artist facing sudden celebration in front of an audience, as Walt finally tastes the sweet success of his magical tricks. Before that he has had to obey the rules of his ruthless master, at whose command the stage becomes a claustrophobic chamber of horrors – on one occasion, even the heavy lighting rig descends threateningly towards the heads of cast and audience.

The performance is also peopled with a range of non-Austerian characters – dead Finnish actresses for example, or the choir made up of members of a Helsinki theatre group. Smeds is fond of meta-theatrical jokes – and as this is theatre for us Finns, the jokes, scattered in the dialogue, work in their context. Thegenius loci of the National Theatre is honoured with passing references to its actors and actresses of the past, in the yellowing posters pasted on the walls and in the dialogue. Tea Ista, in the role of the old Indian woman, is actually a retired National Theatre actress herself. The old building is a character in its own right: it participates in the creation of the performance as it wheels us through history like a ghost train.

Mr Vertigo, a story about being on a journey, is born out of a journey: it has come to life through intensive rehearsals, improvisation and constant change, not by “printing out” a “play”. This is a dramatisation that creates its own universe: instead of becoming a staged reproduction of a novel, it takes up what is essential in the original work, extracting its thematic core, creating a new universe using non-verbal devices, highly original visual surroundings and music. The result, a combination of both faithfulness to Auster and self-willed theatrical creativity displays that very core enhanced. In producing this Mr Vertigo, premeditations did not exist. Like its music, the play interprets the subject matter with original artistry.

For me the game of the theatre offers, at best, a chance of enchantment: the theatre is capable of touching my intellect, my senses and my memories. The common denominators of the performances that stay alive in my mind are a few moments of wordless communication that strangely and suddenly create immense space for personal, intimate reflection.Mr Vertigo also succeeds in communicating without words – which is not only my experience, as is proved by the unanimous praise by the critics and the sold-out performances.

Auster’s story contains violence, death and departures. Lady has to put up a fight with the Count, her dead husband, played by Esa-Matti Long. New love is shattered as Lady and Master Yehudi part from each other; Lady drowns herself in alcohol. Kristiina Halttu as Lady, standing in the middle of the stage, starts pouring water from a dozen large bottles over herself until she is soaking wet; and finally Jukka-Pekka Palo as Yehudi, standing on a stool, gathering the audience around him, explains how he, being terminally ill, shot himself in the head.

The journey seems to be coming to a melancholy end, as the actors and the spectators are joined standing in a circle on the stage, sharing the final turns of the story, of a giant wheel now slowly grinding to a halt. We have been shown an illusion about illusions, as brittle and fragile as human life – sad and little… rounded with a sleep. And then the music starts to play a dreamy tune filled with air and light, and all grief melts into the thin air as the long-awaited miracle occurs.

Walt appears soaring freely high above the upper gallery, against a bright, dazzling light, performing a serene, joyful flight, cavorting graciously, weightlessly, boundless by any laws of gravity. For a moment at least, Walt is free, the music plays, life goes on, and people start smiling, and climbing down the stage, they keep smiling.

On leaving the theatre, I felt like patting the grey granite cornerstone, to thank the building for its fine performance. I still smile as I write these words, looking at the photograph of Walt who really did walk in the air.

short samples from the music for Mr Vertigo, by Verneri Pohjola’s trio:
http://meteli.net/downloads/levy/Music-From-The-Play-Mr-Vertigo/92389140 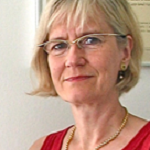 [1] Soila Lehtonen is the Editor-in-Chief of the online literary journal Books from Finland (www.booksfromfinland.fi) and a theatre critic. Among the books on Finnish literature and theatre she has edited is Helsinki: a literary companion (co-edited with Hildi Hawkins, 2000), and the Finnish issue of the internet magazine of European literature, Transcript (www.transcript.org, 2004). She is also an Honorary Vice-President of the International Association of Theatre Critics (AICT–IATC).

Walking in the Air, Mr Vertigo: a Fantasy of (an Artist’s) Freedom by Kristian Smeds