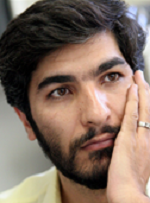 The Christmas show at The Royal Exchange theatre is a comedy classic by Manchester playwright Harold Brighouse. Harold Brighouse’s northern comedy Zack—a lesser-known cousin to his Hobson’s Choice—is directed by Greg Hersov. It is a classic comedy performance, which can be connected to Molière’s style. The structure and the context of Zack (1920) are similar to the 17th century; however, this argument can be perceived as inconsistent. Some English people believe that England’s playwrights do not follow any foreign style, even though there are examples such as Zack to prove the opposite. As I have mentioned, it is an ordinary storyline from the past:

In the middle class Munning household, Mrs Munning has inherited a struggling joinery business from her late husband but in order to make ends meet she has added her own speciality, catering, to the firm’s mixed repertoire of services. The company is managed with ruthless efficiency but no personality by her son Paul, whereas her clumsy and indiscreet son Zack, written off long ago as useless, is kept out of the way.

When Mrs Munning’s niece Virginia comes to stay to convalesce in the country after an illness, the Munnings engage a maid Sally to create an appearance of thriving. Zack’s innocent ‘comforting’ of employee Joe Wrigley’s daughter Martha is misinterpreted as an act that will require him to marry her, but this fits in with Paul’s plans to marry into Virginia’s money. However, when it comes to light that Zack is rather more important to the business than his brother or mother suspected, Virginia takes charge to force an ending that neither of them expected.

In the following I give not only my own interpretation of the production, but also the opinions of Ben East, Malcolm Handley, David Chatterton and Ruth Lovett. I am indebted to their insights in building this conversation, where I learn from what they have to say, and question it. The paragraphs marked by quotation marks are paraphrases of their words, whereas mine are unmarked.

“Style of gentle northern comedy, where the unlikely protagonist wins out despite nothing to recommend him but a mixture of good humour and pathos. Justin Moorhouse as Zack certainly ‘got a gift for jollification’, as well as eliciting several choruses of ‘ahhh’ from the audience when his fortunes fall. Pearce Quigley’s Eeyore-ish Paul is as drippy as his lank moustache, while Polly Hemingway as their mother nicely catches the sharp-tongued quality of the aspiring lower-middle-class. Even the panto-averse won’t object to its fairytale happy ending.”

The play begins by introducing all of the characters. Later on, there is no end of problem, conflict, elaboration of acts, twisted plot, a few unpleasantly abnormal events which connect to the behaviour of the characters, crisis, resolving of difficulties, and finally a happy end.

“Reading, eating, sleeping, being friendly and the occasional bit of work around the place are all Zack’s favourite habits.  His family, his mother and brother think he is lazy and the family catering business is on the slide.  So when well-to-do cousin Virginia comes to convalesce, life in the household is ripe for a change.”

From the above it is clear why Zack was taken into the repertoire. The piece follows sophisticated rules of the theatre, but however sophisticated, they are recognized by everyone and known to everyone. Nothing is strange. The performance is great fun and contains a lovely and comfortable message perfectly suited for Christmas time.

As we know conventional theatre is about translating a message to the audience. What message is convenient and suitable for the audience? Following this question, Zack has launched some points, but the audience is interested in knowing more. In fact we are facing two aspects of the semantic: normal and deep.

There is not the multiple faces of art or media form or a complicated vision in Zack. Characters are not fragmented, and there is no depth of heterogeneous artistic forms. All costumes and stage design are simple. It is easy to understand everything at a glance. This is not a problem, but the problem is that the mental region missing from the performance is the contemplative and thoughtful. Zack suggests to the audience that everything we see is real and understandable. So far so good, but it is not enough for the some members of the audience who will stubbornly look for something more.

As Baudrillard demonstrated, the real is no longer real and illusion no longer possible, and what is more, it is impossible to separate true from false and real from its artificial resurrection. No matter how eagerly we wish to see behind the scenes, Zack does not answer our questions. However, an audience of the 21st century expects to find deeper layers to become really engaged. Zack’s limitation is its concentration to make an adorable message to the masses, which in a way excludes the possibility of challenging the audience. Also, it does not shout to the audience a sublevel of interpretation, which would move the audience into different discussions and challenges. This simple family melodrama does not grow in a variety of directions. When one leaves the theatre at the end of the show, nothing has happened in your mind except a smile and the desire to be thoughtless. There is nothing for exploration and discussion in the intellectual way. Ordinary people may be happy, because of the happy end and the loose story, but for someone who is going to have a little challenge for revelation, there is nothing there. This critical problem refers to my main point which I mentioned at the beginning: the old structure ofZack’s script, which has not been made up-to-date and which has remained true to ideas dating from the 17th century. The production does not provide for intellectual expectations, not in its form nor in the concept. As a result it is necessary to develop something till something comes up.

“As you might expect from the writer of the popular Hobson’s Choice, this is a very well-written northern comedy with a few nicely-drawn characters mixed with a few stock ‘Lancashire mill town’ characters. Although set a century ago, and with a few attitudes towards relationships and employment that are foreign to our modern ways, the basic situation certainly still works for a modern audience, and the jokes that arise from it are still able to raise laughs.”

But is there a flipside to the laugh? Something to counter the laugh? Not here. You should seek it in some other script or play. This is just relaxed fun. However, Zack has consistently shown that it is a legitimate request from the audience to see a comedy and not something peppered with some other aspect of theatre, such as tragedy, melodrama and so forth. The mode of comedy in the majority of theatres is comparable in complexity to that of any other genre.

The mixing of different actors and actresses exerts a powerful effect upon the audience throughout the performance. The actor playing Zack does not try to make the audience laugh, but rather allows this to take place spontaneously. He just gently indicates where the high points of the performance might be; well done!
“The Royal Exchange has chosen for the title role the stand-up comedian Justin Moorhouse, whose only previous stage credits are for pantomimes, but this role is played perfectly straight, allowing the comedy to arise naturally, to create such a loveable and believable character that there are many moments, when it feels like the entire audience wants to put out its arms and give him a collective hug. Due to his acting inexperience there are a few times when it is a struggle to hear everything he says.”

Other actors and actresses also do a beautiful job. They all have a perfect collaboration and cooperation which create many memorable moments. Contrasts of the roles, which come from actors and actresses, are so clear that the performance certainly is far from flat and boring.

“There is another great performance from Pearce Quigley as brother Paul who speaks everything in a flat, monotonous tone, which could become tedious in the hands of a lesser actor, but Quigley makes it very funny and perfect for this dull and ultimately unlikeable character. Polly Hemingway gets across the stern, strong and sour-faced matriarch Mrs Munning very well, not helped at all by the sharp-tongued maid Sally in a very funny performance from Michelle Tate. Kelly Price is perfect in the character of kindly but firm Virginia with a strong sense of justice, and there are some nice supporting performances from Samantha Power as Martha Wrigley and James Quinn as her father Joe.”

Of course, Zack is plenty of talk, and would benefit from more varied scenic images. However, it is clear that everyone really works hard for the wellbeing of the audience. But as noted earlier, the show’s weak point is its lack of intellectual content, but then again, the knots of the plot are a true pleasure. Thanks to the Royal Exchange, the midwinter had a smile and a joy of life. 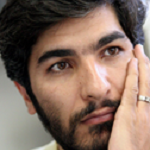 [1] Mehrdad Rayani Makhsous is a critic, playwright and director as well as a principal lecturer at Azad University. He is the international director of Roudaki Foundation in Iran. His current PhD studies in Manchester University are on ‘Audience and Theatre’.

New Year and a New Relationship!