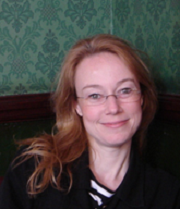 The International Festival for Musical Performing Arts, in Bucharest, November 2010.

In a world haunted by social anxieties, economic crises and global unrest, a festival that is exclamatively entitled Life Is Beautiful!appears like an act of mad courage. A closer look will reveal a deployment of artistic, but also logistic and organizational forces that can hardly be expected in such a world. The International Festival for Musical Performing Arts – organized by the National Operetta Theatre Ion Dacian in Bucharest – arrived last autumn at its 3rd edition – a magic number. Quantitatively, it can be summarized as follows: more than 700 artists from 12 countries performed in 79 shows, for 11 days in November 2010. Qualitatively, we find that this year the event was more generously open to related genres, including operetta and musical shows, concerts, theatre and dance, a performance contest, lectures and thematic evenings, book and album launches, costume and photography exhibitions, children’s workshops, presentations of recorded shows and related radio programs. All but natural, since the institution of the Romanian Operetta has reached its 60th anniversary and deserved to be properly celebrated![2]

In a festive atmosphere, the event opened with the première of The Bat by Johann Strauss – son, under the direction of Răzvan Ioan Dincă, with the choreography of Florin Fieroiu, and under the baton of Andrey Alekseev, a Russian guest conductor. The show preserves unaltered the music of the Viennese operetta “golden age”, but reinterprets the libretto in a contemporary key, bringing on stage representative characters of the present. The director intended to create a new expression language, not just a formal updating, his concept proposing a show in the show (not necessarily “theatre in theatre”), populated by human marionettes that gathered in a true “bestiary” of today.

The “classical” genre was also represented in the festival by two productions of the guest theatres. A steady, already traditional partner of the Romanians, the Budapest Operetta and Musical Theatre was present with The Bayadere, one of Emmerich Kálmán’s most famous works, under the direction of KERO® (the author of a number of successful shows presented on the Bucharest stage, among them the musicalRomeo and Juliet) and the choreography of Jenő Lőcsei. In another evening, The State Theatre of Musical Comedy of Saint Petersburg performed The Bird Seller by Carl Zeller, under the direction of Yuri Aleksandrov and with the choreography of Vladimir Romanovsky, completing thus the series of productions that inspiredly join tradition with innovation, in order to obtain the best result to be expected in the theatre: open stage standing ovations.

The pure and simple dancing pleasure was brought in by the National Operetta Theatre of Kiev, in a performance directed by Bogdan Strutinskyi and choreographed by M. Bulgakov. Twenty dancers performed in Tango of Life, a simple love story with all the accompanying sentimental ingredients, developing on the background of dominantly Latin-American rhythms.

With Latin genes in their blood, the Romanian audience enjoyed this show, but also the one suggestively entitled Paris, mon amour. In a romantic atmosphere staged in the theatre’s foyer, the public is seated at candle-lit tables, drink champagne, taste fine little snacks and witness a show directed by Răzvan Ioan Dincă in compliance with all the rules of the Parisian cabaret. No post-card character seems to be missing, the performers sing in French, the dance exhibits acrobatic accents, magic is present in its own right and humour has the bitter-sweet flavor of the chansonette.

Due to its “spectacular element”, the musical continues to fascinate the world, wherever its stage: on the Broadway or in West End, in America or Europe, Asia or Australia. While the previous edition of the festival Life Is Beautiful! proposed the musical Romeo and Juliet by Gérard Presgurvic, a coproduction of the Operetta Theatres of Bucharest and Budapest, as its undisputed success, it is the turn of the independent theatre to be represented this year. The non-conformist lady director Theo Herghelegiu stages an unconventional, but extremely vivid and thematically actual show: Supermarket (music Eduard Jighirgiu, choreography Silvia Călin). Despite its bitter themes, specific for the 21st century (consumerism, secludedness, manipulation) and its not-at-all-happy ending, the show is funny and profoundly optimistic. The eleven performers (as many as in a football team) display a huge acting appetite that is rarely to be seen in the state theatres these days. Contradicting the definition of the “classical” musical, featuring no stars, with minimalist scenography and costumes that are as kitsch as our surrounding world, with no orchestra or ballet team, Supermarket seduces through its energy and humour.

The musical was also the subject matter of two important lectures held under the festival. The first one,The Musical Theatre in Europe, presented by the German journalist Dieter Topp, a music teacher and producer, chairman of the Kultur Forum Europa, was devoted to the promotion of the values and culture of the old continent. A similar subject took us farther in space, in a discussion moderated by Randy Gener, senior editor at the American Theatre magazine and at Critical Stages, the IATC webjournal. The colloquium entitled Elements of the American Musical: from History to the Stage hosted such guests as Michael John LaChiusa, composer, lyrics and libretto writer, and Jose Llana, actor and singer.

An intensely animated and positive dialogue took place, the participants attempting to jointly formulate answers to questions related to the evolution of the musical performing arts. As stated during the discussions, through the exploration of the national and cultural specificity of each country, the contemporary musical may become an ever more important source of revitalization.

The latest edition of the festival Life Is Beautiful! hosted not (just) one, but a true inflation of concerts. From religious music performed by the choir of the National Operetta Theatre (conductor Gabriel Popescu) in four churches in Bucharest – to the opera show Best of Erkel of the Gyula Castle Theatre from Hungary. From jazz played on the panpipe by the internationally famous Romanian musician Damian Drăghici – to the underground bands of Berlin. Besides these, three grand names completed the rich program. Since at the previous edition the hall was cramped by the audience that had come to the meeting with the Londoners of Tiger Lillies, this time the organizers scheduled the concert in a larger venue, and rightly so. Difficult to classify, their music appears to be a strange blend of Berlinese cabaret and avant-garde, but spiced with much humour. Music for connoisseurs, one could say, if the heterogeneity of the audience and the homogeneity of their response would not contradict the statement.

Another evening raised great problems for the melomaniacs who had to choose between the challenging and always innovative Laurie Anderson of the United States and the famous fado ambassador, Mariza of Portugal. Accompanied by just a violin and a lot of electronic sounds, Laurie Anderson unfolded, in all the voice registers, a retrospective of songs and stories – real or imaginary, mythical or just everyday – under the title A Transitory Life. The result: an unequalled level of emotion, rewarding the expectation – too long, maybe, over the years – of this phenomenon of the avant-garde, an accomplished multimedia artist. In her turn, Mariza, who is considered a successor of Amalia Rodriguez, generated an irrepressible emotional flow and made us hope that people are still enjoying kinds of music other than the mainstream radio playlists and are still able to become interested in tales, not just in the news stories.

A Kind of Magic

The festival last evening was literally a magic one. The magician Andrei Teaşcă performed a true recital under the title Hazard, an original show, with the accompaniment of the orchestra of the National Operetta Theatre, conducted by Lucian Vlădescu. For the first time in Romania we could witness a levitation act, but also a carefully built story, which was meant to convert magic into the eighth art.

Sweet-ironic was the closing of the festival, since a little more magic would not bring any damage to this beginning of decade. Because we are not referring only to economic or political crises, but also to a deeply cultural crisis of the entire contemporary society, in which the so-called thermal death of symbolsapplies to the receptivity of all arts. Or, in this context, when all the other arts retire in the laboratory to experiment open structures and faced with a true “madness” of the present forms of theatre, the musical show may represent the necessary stimulus for reawakening of new audiences and for the regeneration of the older ones. The festival Life Is Beautiful! organized by the Ion Dacian National Operetta Theatre does nothing but confirm the endurance of the genre in Romania, where it was constantly supported by one institution. The operetta does not die, does not surrender, but it refreshes year after year, bringing along all the younger relatives that are, maybe, better prepared to face life in the new millennium. 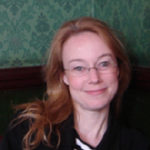 [1] Maria Zărnescu is a Romanian theatre critic and teaching assistant at the Chair of Theatrology, Cultural Management and Theatre Journalism of the I.L.Caragiale National University of Theatrical Arts and Cinematography of Bucharest. She is currently preparing a thesis entitled From Straight Play to Musical. Creators – Creations – Creativity. She writes criticism for Teatrul azi (Theatre Today) and Yorick magazines. She has worked as an editor and manager for radio and television, and in the field of event and musical production.

[2] The National Operetta Theatre Ion Dacian was founded in 1950 in Bucharest. Throughout its 60 seasons, more than 150 premieres have seen the footlights, out of which 28 were Romanian operettas. Its repertory includes almost 100 titles – varying from the French school to modern musical, from classical ballet to contemporary dance-theatre. The new managerial team that came in 2006, with director Răzvan Ioan Dincă as General Manager and the theatrologist Alina Moldovan as Deputy General Manager, created a new modern look for the institution. Eventually, the theatre succeeded to become an important cultural center of Bucharest due to a series of projects, programs and much international collaboration, as part of an original and attractive cultural strategy, which promotes the value, the uniqueness and the importance of the musical performing arts, both in Romania and abroad. The International Festival Life Is Beautiful! is one of the most important projects of the theatre, through which it desires to be an active participant on the Romanian cultural stage. It allows identifying problems and developing solutions that respond to the technical, artistic and receptivity requirements, which the operetta and the musical performance in general are facing today in Romania.