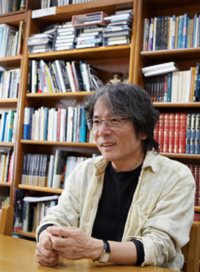 Starting with this fourth issue of Critical Stages/Scènes critiques, there are three major changes being implemented. First, CS/Sc will now be posted every June and December, instead of in April and October. The editorial board decided on this change at its meeting in September, 2010, on a ferry boat from Helsinki to Riga, when we were participating in the 20th anniversary of the Baltic House Theatre Festival. This adjustment in scheduling allows writers for each issue of CS/Sc to address more theatre productions and related occasions, and more time to write about them. A second change, and a rather painful one, was imposed upon us: Dr. Maria Helena Serôdio stepped down from her position as Editor-in-chief, after having orchestrated our first three issues. Her expertise, competence and sacrifices have been crucial to the birth of this journal. Critical Stages might well not have been possible without her leadership. As a result of Dr. Serôdio’s return to the editorial board, I have had to take on the editorship myself; however, I am thinking of myself only as an interim editor-in-chief, serving until I find a replacement.

In my role as the new editor, I have brought about a third set of changes. I have created a section called Special Topics that will accommodate articles or statements on current issues surrounding aesthetic or thematic approaches to the theatre; regional or global theatre arts policies; or other interesting phenomena of social significance to the contemporary theatre. I have also designated Section Editors, who will take the initiative to keep their respective sections dynamic. These changes have worked well, and that can be seen in this issue.

The special topic for this issue is “Censorship in Disguise.” Recently, I have had reported to me some unfortunate and anachronistic occurrences of political intervention into cultural policies, particularly in Central and Eastern Europe. As President of IATC, I publicized my letters of protest on the cases of Hungary, Belarus, and Serbia, to protect the rights of my colleagues and their freedom of speech in theatre criticism; two of these letters are posted on the IATC website. In this time of Jasmine Revolutions, censorship of any kind is pure nonsense. Andrea Tompa and Ivan Medenica let us know, through their reviews of Hungarian and Serbian performances respectively, how theatre artists have responded to these actions. Randy Gener has been keeping a keen watch on the agonies of the Belarus Free Theatre and gives us vivid reportage on the censorship and persecution of this courageous political theatre group. Bringing even further breadth to this topic elsewhere in the issue, Jean-Pierre Han’s review of the Iranian theatre and Alvina Ruprecht’s essay on the Cuban theatre are also written with reference to the notion of “censorship in disguise.” Taken all together, we have such a rich cluster of articles on the first special topic, both within and without the section itself, that they serve as a mandate for us to fight together against this evil practice, with vehemence and commitment.

In the Interview section, edited by Randy Gener, diverse theatre artists such as Zinnie Harris, Igor Josifov, Jan Lauwers, Arne Lygre and Ma Bao-Shan, from the continents of Europe and Asia, are interviewed by Irène Sadowska-Guillon, Lissa Tyler Renaud and Randy Gener. In the Essays section,edited by Maria Helena Serôdio, Irène Sadowska-Guillon timely writes about Valère Novarina who has been recently awarded by the French Theatre Critics the best production prize of a new play; Alvina Ruprecht about Cuban theatre, about which we rarely hear; Ajay Joshi on post-colonial Indian theatre, an ever-interesting topic for our times; Tamás Jászay about the new projects of Árpád Schilling, the best-, internationally-known Hungarian director; Maria João Brilhante about Teatro Meridional, recipient of the 12th Europe Prize New Theatre Realities; Sophie Bastien about the history of the first version of Camus’sCaligula; and finally, Andrzej Żurowski about the Polish pope, John Paul II, as playwright. For the Conference Papers section, I have invited Primož Jesenko, the Slovene organizer of the Maribor conference, to select five papers and give introductions to those papers on “Inter-criticism.” The papers he selected each articulate a different concept of criticism and its roles in today’s changed critical culture. This conference was so well organized, and blessed with so many interesting papers, that Mark Brown, this section’s editor, and myself have decided to make a special exception and devote his section to more of them in our upcoming December issue. We had another symposium in Tbilisi, Georgia, where our colleagues are trying very hard to establish the Georgian section of IATC. Its very classical theme of the interaction between critics, audiences and theatres deserves our attention and now we have two papers from that symposium: one by our Shanghai colleague Liu Minghou, the other by Georgian critic David Bukhrikidze. In the Performance Reviews section, Matti Linnavuori has invited ten critics from South Africa, Georgia, France, Finland, Korea, Iran, Romania and China to review their contemporary theatres that are of international interest, so that Critical Stages may serve as a “guiding window” on world theatre today. Don Rubin, editor of the Book Reviews section, has had four interesting and far-ranging books reviewed: Directors/Directing: Conversations on Theatre by Maria Shevtsova and Christopher Innes, Must You Go? My Life with Harold Pinter by his wife Antonia Fraser, In Search of Lost Space by Octavian Saiu, and Un œil sur le bazar : Anthologie des écritures théâtrales turques, a collection of Turkish essays by Irène Sadowska-Guillon. Finally, we have two timely essays in the section calledCritics on Criticism, edited by Andrea Tompa: one by Steve Capra on the roles of the theatre critic in this era of internet journalism; the other by George Jean Nathan, the American drama critic and editor (1882 – 1958), a re-print of Nathan’s philosophy of criticism from his book The Critic and the Drama(1922).

I am proud and pleased that we are now posting the fourth issue of Critical Stages, with so many interesting articles by so many authors from so many countries. Unfortunately, we are living in a time when theatre criticism is being radically and rapidly reduced in stature. Let’s set aside, though, any pessimism, or even defeatism, both of which appear to be in full demand and ready supply. Instead, we should raise our voices and speak up for the sake of theatre criticism and theatre art. Critical Stages has now proven for the fourth time that it serves this crucial cause very well. Thank you for your readership. 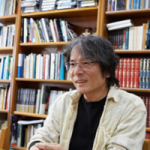 [1] Yun-Cheol Kim is President of IATC; teaches in the School of Drama, Korea, National University of Arts, Korea; and edits The Korean Theatre Journal, a quarterly. Two-time winner of the “Critic of the Year Award,” he has published nine books so far, two of which are anthologies of theatre reviews.