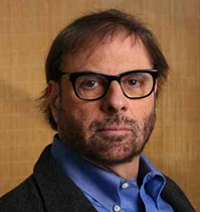 The Critic as Publicist

To examine the relationship between criticism and its national theatre is to ask how, and indeed if, one influences the other. That the theatre influences criticism is self-evident; it is the stimulus to which criticism responds. More complex, however, is the question of whether criticism influences the theatre. Criticism obviously influences its theatre inasmuch as it determines, to a large extent, ticket sales. We all agree that a review from a prominent critic can hobble a new production or give it an invaluable imprimatur. However, that review cannot sustain a production that doesn’t meet the public’s taste. Criticism is the initial word-of-mouth, but its power is limited.

The Critic as Print Journalist

To affect the theatre through ticket sales is to use a blunt instrument. It does not allow the critic to contribute to the subtleties of the artists’ work. It is, for one thing, criticism is after the fact of creation. What’s more, the artist does not want influence from the critic. He wants only his approval. It is precisely because of the critic’s power as publicist that the artist wants nothing more from him.

In The Critic as Artist, Oscar Wilde wrote of the critic’s inability to affect the artist: “When a man reaches the age of forty, or becomes a Royal Academician, or is elected a member of the Athenaeum club, or so recognized as a popular novelist, whose books are in great demand at suburban railway stations, one may have the amusement of exposing him, but one cannot have the pleasure of reforming him.”

Indeed, our most successful artists don’t even care for approval. Wilde wrote “Of the two hundred and sixteen criticisms of Dorian Gray that have passed from my library table into the wastepaper basket I have taken public notice of only three. … Of the other two hundred and thirteen criticisms I have taken no notice. It is a sad thing, but one wearies even of praise.”

The Critic as Musical Developer

The situation excepted from this rule is the case of the out-of-town tryout. In the U.S., plays have traditionally opened outside of New York before they opened on Broadway, although the practice is not universal. Artists do attend to criticism during tryouts, and they have been known to make changes in their work in response.

This engagement, however, is hardly significant. Firstly, it applies largely to musicals, and musicals qualify only marginally as serious theatre. Indeed, the quality of American criticism comes into question if the only genre to respond to it is the musical.

More to the point, out-of-town tryouts by definition are a function of productions aspiring to Broadway, and Broadway theatre is not the important American theatre. Important theatre is woven into the fabric of the community. Broadway is merely a tourist attraction.

It may be argued that Broadway is of the same nature as regional theatre, but of superior quality. To an extent this is true. However, Broadway is not the bulk of theatre. We must concern ourselves with the broad base of the pyramid, not with its glamorous apex.

It appears, then, that criticism has a rather insignificant effect on its theatre. However, we have been speaking thus far only of the critic as print journalist. The critic can have other functions.

The Question of Role

In The Critic as Artist, Oscar Wilde expands enormously on the role of the critic and his pedagogical relationship with the public. He never suggests that the critic address the artist he criticizes.

However, Wilde assumes in his discussion that the art in question is flawless. He sees criticism as interpretative, not corrective. We who live in the real world cannot make that assumption. Criticism is needed to improve art, and it is the proper role of the critic to engage both the audience and the artists.

The Critic as Dramaturg

Robert Brustein has said “Dramaturgs are essentially internal critics who not only contribute scholarly material and background to actors and directors and playwrights that request it, but who keep a kind impartial eye on the production as well.”

Literary Managers and Dramaturgs of the Americas, the professional organization for American and Canadian dramaturgs, explains the several functions of the dramaturg. These include: – to contextualize the world of a play – to establish connections among the text, actors, and audience

These indeed are among the proper functions of the critic. The critic influences the artist not as print journalist but as dramaturg.

The dramaturgs of Literary Managers and Dramaturgs of the Americas have formalized their roles, at least to the point of assuming a title. How many theatre companies across the country look to its members to “keep an impartial eye on the production”? And how many of their members are qualified to be “internal critics”? The American theatre would benefit from assimilating qualified and frank dramaturgs into its companies.

The Critic as Theorist

Another function of the critic is that of the theorist, to write about theatre as a discipline. Robert Brustein’s The Theatre of Revolt is a prime example. Brustein was twice the winner of the George Jean Nathan Award for Dramatic Criticism (from Cornell University), and he also wrote one of the definitive interpretive treatises on modern theatre, which has been hugely influential.

Interviews and compilations can be directly influential as well. The director who would pass over a review in a newspaper might attend to a book. Because the critic is not addressing a specific production, his relationship with the artist is not adversarial. It is pedagogical. The artist doesn’t feel threatened.

In this function the critic influences the current playwright, the current director, but he affects the plays yet to be written, the productions yet to be directed. As Wilde wrote, “It is to criticism that the future belongs.”

The Critic as Internet Journalist

How has criticism been affected? In 2008, the Newspaper Association of America reported “There’s no doubt newspapers are cutting back on business reporting, original international reporting and features reporting (especially reviews)…” At least the plight of the disenfranchised critic is acknowledged in a parenthetical expression!

The New York Times will always employ a print critic, and perhaps a few other newspapers with international readerships, but the local print critic is lost. The critic, then, must move online.

This migration is a challenge, but it represents a great opportunity. The digital medium is a very different form from print. The interactive platforms of the internet will allow the critic both to engage the audience more closely and to engage the artist. Online criticism will reinforce the community nature of theatre.

The critical website will offer reviews and other forms of guidance for event selection. Some critics disdain being consumer guides, but it is the proper role of the critic to shape the theatre through recommendation. It is a sort of natural selection. What’s more, the critic needs to to attract readers. Aside from reviews, the website will offer other selection guidance such as artists’ statements and background material. It will offer after-market services such as feed-back opportunities and real-time talkbacks. The audience/reader will be invited to post responses to performances and to reviews.

Most importantly, artists will be invited to respond online to reviews. In this way, the adversarial paradigm is broken. The review will be an opportunity for the artists to address the audience directly.

Website criticism, then, will precipitate a discussion between three parties: the artists, the critic and the public. The criticism, of course, must remain paramount. The critic is not the first among equals, he is the expert. For this reason, he may choose to withdraw from the discussion after publishing the review.

The majority of critics in the country can expect to own the website. This ownership is an enormous advantage, and it can reshape criticism. It frees the critic from the burden of an employer. He will be free to write as he chooses, to invent his own form, and so the artificial boundaries between review, theoretical criticism, and scholarly criticism will dissolve.

Of course, he will still be free of a salary. But paradigms to monetize web content are appearing. If the funding avenues of an NGO are unavailable, the writer can experiment with revenue streams from memberships, advertising, and purchase per review or event.

The delineation of the critic’s roles is artificial. Whether he is acting as journalist, dramaturg or theorist, his work is all a coming to consciousness of the same impulse.

The emergence of the internet provides the critic with an opportunity to engage the community – that is, audiences and artists – as never before. Its participatory nature will revitalize criticism as a discipline. It will lead to enhanced relationships, allowing the critic to shape both audience taste and the theatre itself. 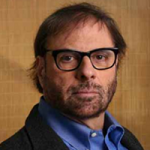 [1] Steve Capra writes on New York theatre for a regional American theatre publication, The New England Entertainment Digest, as well as for his blog, newyorkcritic.org. He’s the author of Theatre Voices, a set of interviews with leaders of the theatre. Currently, he works as a series producer for the Living Theatre, New York.