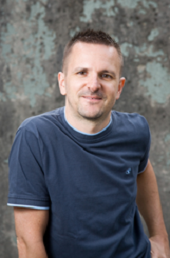 The conference entitled Intercriticism, was organized by the Maribor Theatre Festival, Slovenia, and the Association of Slovenian Theatre Critics and Researchers (a national section of the AICT/IATC), aimed to present an apparent re-contextualization and reorganization of critical writing about theatre and the performing arts, and examined the situation of critical writing from various viewpoints as well as within particular social contexts.

As proposed in the call of the Slovenian section, critical writing has become just one of the roles fulfilled by theatre and performing arts critics – but how does this affect the analysis, description, evaluation and social position of the observer and his/her relation to the subject of observation? What happens when a critic no longer observes a performance from a privileged, detached position but becomes part of the performance itself as a result of these circumstances?

In addition to their primary task, i.e. critical writing, contemporary critics have namely become interactively involved in parallel activities that pertain only indirectly to their area of work while, more importantly, engaging their field of vision as critical observers and judges. Usually, a free-lance critic is also a member of various juries and panels, a dramaturge, a producer, a university teacher, a program adviser co-shaping a program, a selector of performances or a (co)creator of festival programs, a moderator of panel discussions, an editor of professional publications, a copy-editor, and sometimes even a performer. Critical writing has therefore become just one of the roles fulfilled by theatre and performing arts critics.

Over the past decades, the aesthetic, cultural, social, political and productional realities have placed the theatre critic into an area of intermediate interest, a location which has undermined the presence and the role of a critical position. “Theatre criticism” or “theatre journalism” has suffused virtually all segments of social life dealt with in the print and broadcast media. This raises the question of how much room is left for the critic’s basic task within this network of interests, and how privileged this position in its delicate presence is. The term proposed to denote this presence was inter-criticism.

The initial presentation defined intercriticismas a notion which has not yet been given or granted its full scientific definition which it could, however, be attributed in the course of the upcoming debate. More than coming to to a common denominator in dealing withintercriticism, the discussion pointed out the heterogeneous ways of reflecting criticism and its roles in the countries of presenters. Apart from the more theoretical discourse of a couple of papers (i. e. on transfigurations of critical judgment of the »new« criticism), the conference consisted of many individual experiences. Though some presentations have (in an appropriately mild way) contradicted each other (as was anticipated already in the dramaturgy of presentations), the papers pointed at three other possible understandings of the proposed term with the »inter-« prefix – they all moved away from the proposal of the Slovene section: the intervening of criticism into the society, the intervening of the critic into the artistic event, a form of collaboration among critics.

The inspiring presentations published here address, among other matterrs, the magnitude of the critical conflict of interest, the issue of critical engagement in society, the myth of critical distance and objectivity, and the code of practice of the AICT/IATC. Slovenian experience was mirrored to a large extent in the case of Slovakia, however, it could be said that the debated notion got ever more elusive, the more conference dealt with it. The variety of perceptions of contemporary theatre and performing arts criticism needs to be acknowledged in order to reach a fruitful debate on the common phenomena of criticism.

The conference confirmed the AICT/IATC as a highly responsive organism. Hope persists that the term ofintercriticism will pass over into the general use and will in time gain a recognisable theoretical meaning. The notion managed to arouse constructive responses at the Maribor conference but its persistence still needs to be tried out. 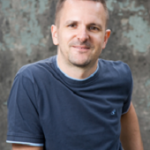 [1] Primož Jesenko was chair of the Intercriticism conference in Maribor.