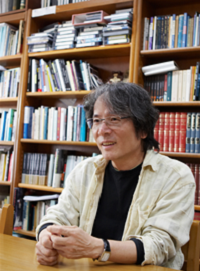 As President of the International Association of Theatre Critics, it is both my great joy and my great pleasure to welcome you to this 25th Congress in Yerevan, Armenia.

As far as I know, this is the first time in the 54-year history of the IATC that we are holding our Congress in a country where there is no national section, nor any individual member. It must have been, therefore, enormously challenging for our host, Mr. Hakob Ghazanchyan, as well as for his team, to go through all those complex and time-consuming organizational processes, about which I know only too well as the organizer of the Extraordinary Congress of the IATC when we celebrated its 50th Anniversary in Seoul in 2006. I appreciate our Armenian hosts for the courage, commitment, and enthusiasm they have shown since the very beginning of their preparations. Dear Colleagues, may I invite you to join me in applauding our Armenian friends from the bottom of our big hearts? I would now like to present our plaque of gratitude to Mr. Ghazanchyan. Thank you!

This Congress is special for us in many ways, and particularly so in four respects. Firstly, it is special because we are in Armenia, the first state to adopt Christianity in as early as 301 AD. This very city of Yerevan was established in 782 BC. Despite the fact that we are in the middle of one of the oldest and richest cultural sites in the world, for quite a few of us, it is our first time to see Armenian theatre. It is still-unknown, mysterious territory for us. Theatre critics are an intellectually curious bunch, and we are thrilled to view some representative Armenian theatre works for the coming week. We will experience various differences in the definitions and aesthetics of the theatre, which will enrich our theatrical and critical vocabularies—and that makes this Congress special.

Secondly, it is critically important for the IATC to have its most important meeting of the year here in this old city. My Executive Committee colleagues and I have been working hard to establish new national sections. Since our last Congress in Sofia, Bulgaria, national sections have come into being in China, India, and Slovenia. And I expect that a Georgian section will be established very soon. Our friends in Georgia have already invited us to hold our Established Critics’ meeting there in October of this year, in the frame of the Tbilisi International Theatre Festival. Now here in Yerevan, I believe our Armenian hosts and critics will soon follow suit. This region is our “new kid on the block.” I am very proud that our Association is growing so fast and large, in spite of its being a difficult time for the theatre. I believe Yerevan will be the catalyst to promote the IATC in this region.

Thirdly, the 25th Congress in Yerevan gives special thanks to Dr. Richard Schechner, the third recipient of the Thalia Prize. Prof. Schechner has long influenced our critical thinking about the art of theatre with his numerous writings and productions. I am very proud that the IATC is giving its highest honor to this great theorist, artist, teacher and editor. As the IATC President from Asia, I am especially impressed by his theatre studies on Asia and Africa. Richard Schechner is just the right person to be awarded this precious prize of ours, for his multi-cultural, multi-disciplinary achievements in theory and practice. My warmest curiosity is excited as to how he will read the Armenian theatre we will all experience together this week.

Lastly, this Congress is special in relation to our job as theatre critics. Ever since I joined the IATC, theatre criticism seems to have been caught in a persistent downward spiral. This is tellingly reflected in the frequent theme of our Congress symposia: the crisis of theatre criticism. In 1996 in Helsinki, for example, we discussed “survival” strategies for theatre criticism. Ten years later in Turin, we even talked about “the end of theatre criticism.” Even when we tackled other topics, we nevertheless felt, as a present absence, the same strong sense of crisis.

Externally, we have seen a radical reduction of space for criticism in both print and broadcast media. Internally, we have witnessed the loss of critical impact both inside and outside the theatre. Today’s criticism-unfriendly culture is, of course, a by-product of the anti-intellectual zeitgeist of our times. Today, the “in-your-face” news media is more respected for its sheer brassiness, in which a summary or a factoid searched on internet substitutes for comprehensive understanding, in which complexity is defied. At the same time, in many parts of the world, the theatre is guided by new concepts such as de-theatricalization, de-manipulation, de-centralization and de-logicalization. These new philosophies and production aesthetics require us to adopt new approaches to criticism.

Unfortunately, empirically, theatre critics are generally suffering from a fear of change. Criticism is, or used to be, essentially logical writing. Writing about the theatre that has moved further and further away from the logical may be quite challenging for critics who are oriented towards logic. Some have escaped into esoteric cultural theories—or ideologies, if I may—while some others have simplified their readings of contemporary theatre to such an extent that they have become irrelevant. As you know, ideological approaches to performance work better in the academic world, where they can afford to be isolated from, and indifferent to, the real world. But they can also isolate theatre criticism from real readers and the real world. From my perspective, this “losing touch with the real world” is one of the main causes of the current crisis in theatre criticism. We have to find some ways to achieve social relevance, even in our reading of contemporary theatre that is illogical and unconventional. We have to get back to reality, shifting our focus from ideological theories to phenomenological practice.

This is why we will be talking about femininity, not about feminism, in our symposia that follow. Feminism is either a political ideology or a cultural theory, but femininity is phenomenological and existential. Feminism separates men and women into objects and subjects; femininity transcends the borders between genders. In femininity, there is no line of demarcation between classes, races or cultures. Femininity may have been awakened and strengthened by feminism, but it is not necessarily confined to feminism. To say it another way: feminism is a cultural, social movement; it is a struggle, a commitment to raising our consciousness. But femininity is a human condition, either received or chosen, and in it we see reflected the paradigm shift of an entire system of values.

As an example of this shift, we can simply look at how the meaning of crying has changed. Crying used to be considered a sign of weakness in the male-dominated societies of East and West. These societies defined femininity in terms of softness and dependence on the emotions, and masculinity in terms of a stoic independence from them. Today, crying has become an honorable trait even for men. I don’t know whether this might be the case in your countries, but in Korea, both stage and screen are now inundated with crying men, and these are well-liked by both male and female audience members. We might call this male femininity. Or we might say that we are living the end of masculinity. Being fragile is no longer seen as weakness in a man.

If you will allow me further discussion of this kind, it will be about male nudity. By this time, I think you have realized I am interested in male femininity. My colleagues, especially my female colleagues in Korea, all say I am more feminine than masculine. What do you think? I believe your President is as much feminine as masculine—which is very balanced, very postmodern!

Anyway, I am keenly interested in male femininity on stage, which is graphically found, again, in male nudity. Today, particularly in Europe, it is very rare for us to see female nudity. But as for male nudity, it is very rare for us not see it. Three years ago, I was in Wroclaw, Poland, participating in the Dialog Festival, and had a little chat with the Festival Director, Krystyna Meissner, about the almost exclusive nudity of the male on the contemporary European stage. She joked that it is only fair—that it is women’s turn to see men’s naked bodies. Her joke was very telling, perhaps more telling than she meant it to be: men’s bodies have become as fragile as women’s bodies. The dichotomy between the victimizing, gazing man and the victimized, gazed-at woman is destroyed. In our apocalyptic time, naked human bodies, male and female, are seen simply as bodies in existential sorrow.

It has always been one of the most essential responsibilities or functions of the theatre critic to define the social, political, artistic and philosophical phenomena that are put onstage. Femininity has had a forceful impact on theatrical phenomena and, more broadly, on the way humans live. We need to re-define femininity now, since advanced societies are no longer organized only on the basis of bonds between males, and we are no longer living with absolute distinctions between the sexes. We may find ourselves talking a lot about feminism to articulate femininity. At its best, this symposium could be our very first attempt to reconcile theory and criticism, towards making both relevant to our society. 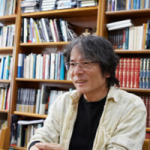 [1] Yun-Cheol Kim is President of IATC, teaches at the School of Drama, Korea, National University of Arts, and edits The Korean Theatre Journal, a quarterly. Two time winner of “The Critic of the Year Award”, he has published nine books so far, two of which are anthologies of theatre reviews.