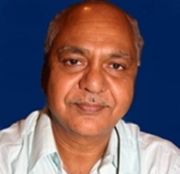 Today in the 21st century India, women are not asking for grace and charity. Rather, their effort is to register their contribution to the cause of nation-building which exceeds that of men. As a result, with the introduction of the Women’s Reservation Bill in Parliament the hypocrisy of almost all the political parties in the context is exposed. The article intends to underline the changing image of woman as reflected in the theatre of 21st century and their social activism as well.

Although Indian women have been an important subject for discussion, a search for the local voice has always been in the forefront. The socio-political need of the country emphasizes the need of a local voice to construct a stage for the new wave of feminism in the Indian context as well. It is important for us to realize how crucial it is to have a local voice for issues that affect women today. It is indeed important to have an adequate representation on the world stage.

The Indian theatre has been a playground for several playwrights to flaunt the Indian women in all their forms, gaiety and glamour. They appear most of the time enthused with a revolutionary might and Indian naivety, a blend of the urbane and the rustic, mixing tact and feelings, practical sense and emotive strength. They are tactfully balanced between extreme romanticism and sheer reason. Noted Marathi playwright G. P. Deshpande, who has meticulously carved his female characters with a subtle political consciousness and an intelligent awareness to their surroundings, writes: “the discussion of the political would not be complete without reference to the new women in Indian theatre.” He then further states that, “both in terms of female characters and female performers Indian theatre has shown increasing Gender Consciousness. There have been great actresses and also great women-characters.”[2]

As a new feature of the 21stcentury theatre, Women Playwrights’ Festivals and Women Directors’ Festivals have become regular phenomena in major Indian cities. The last twenty years or so have seen a significant change in this respect. The Indian theatre is no longer the male preserve it used to be. Women directors, previously a rarity, have come to the fore by the 21st century.[3] Consequently, the number of women playwrights has also increased in comparison to the number of male writers, sufficient enough “to become a potent force in the society.” [4]

Anyway, I am discussing a different production, an adaptation of a Malayali novel written by S. Mukundan of Kerala that is lesser known and not frequently staged. Mukundan is neither a female name, nor a feminist writer, but his novel – adapted and staged by a senior director from Kerala G. Kumar Varma – forces us to think and analyze the image and the place of women in Indian society. The play’s title in Malayali Oru Dalit Yuvtiyute Kadana Katha meansSad Story of Dalit Girl (“Dalit” refers to a lower caste). There have been several plays in Indian theatre dealing with the problem of female exploitation or issues of cast discrimination. The title of Mukundan’s novel is focused upon not only the word “dalit”, but also the word “yuvati” or “the girl”, which is also capable enough to ignite the fiery debate on various feminist issues, since the word “dalit yuvati” is combined with the phrase “kadan katha”, i.e. “the sad story”.

The context of Mukundan’s novel as presented in its stage production does not seriously address “dalit” issues in the strictest term. Rather, the adaptation it looks like a documentation of the problems of an amateur theatre group, which is preparing to stage a play based on a supposedly real story of a “dalit” girl – Bhagwanti – whose respect was injured by a local landlord of the village and was forced to walk without clothes through the village street. The director and the writer of the play are not ready to compromise with the realistic presentation of the scene, where the girl is forced to parade undressed. Both of them insist upon to show it as it happened in reality. The professionally trained actress Radhika (who belongs to an upper-class family) refuses to act the scene even though she knew the script’s requirements and was initially ready to perform the role; in the end, she walks out of the production, leaving the group in lurch. When the production was almost at the verge of closing, Vasundhara, a non-actor, offers herself to do the role according to the director’s design. She performs the role, even though she was haunted with several questions haunting her mind related to her family, parents, fiancé, society, and so forth; ultimately she pushes all her reservations and inhibitions aside and commits to the role. At this stage, a sensational element adds into the play itself, by virtue of this scene, ultimately creating such a situation that it goes completely out of control finally resulting in the abrupt discontinuation of further shows and the closure of the production. The group celebrates this closure with heavy hearts but in a ceremonial way: with alcohol-filled glasses in hands standing around the burning script. The play closes in an atmosphere of festivity with Vasundhara sitting dejected in the centre and holding the flowers in her hands. She rises and throws her engagement ring in the fire.

The production seems to connect and redefine the mythology and the modern reality, as explained in its production note where the actress Vasundhara evokes the images of Draupadi, Sita, and Medea. But one should not forget that all these injured women pledged to take vengeance in some way or another, underlining the intensity of their sufferings, instead of sitting around and looking quiet and numb. In the play Vasundhara hardly makes any clear sign of protest. She appears more like a dejected person in her loneliness, while sitting in the midst of a crowd of her sympathizers and friends, who were responsible for bringing her in this performance, and who are now not much concerned with the injured state of her personality. The important thing is that she did not leave the flowers that were given to her after the show by an unknown lady as a mark of her sacrifice, or as flowers on her grave. Rather she evokes the image of deserted image of Shakuntala. One must not forget that the vengeance always leads to a certain politics, which might be creative or destructive, but one finds no indication of either after the performance. The issue becomes multi-fold and important when the title of the production has a prominent sound of the word “dalit,” which uses emotions to create a cognitive world, a politics born out of anger.

The other important question (hinted but left without giving appropriate and proper space in the text of the novel as well in the production) is this: Does the play’s action knowingly or unknowingly depict a process of making a “dalit”? Or is it a kind of trap fabricated by male chauvinism of the non-compromising director and writer, the media, the audience and all those who left the victim in her suffering? It seems that an innocent girl full of enthusiasm for life has fallen into the trap after the exit from the play of the professional actress Radhika who understood all too well the results that were about to come. The play also comments upon the uncontrolled consumerism when there is the case of female body in contemporary times.

In Oru Dalit Yuvtiyute Kadana Katha, the Writer has wonderfully exposed the role of print and electronic media in a very small scene, which seems to have gone completely out of control in offending the basic privacy of the human being in a very lustrous manner. The production, at one point, painfully explains that, “….When Gundecha (the landlord) undresses Bhagwanti by snatching the last piece of the cloth from her body, countless cameras hidden in the auditorium suddenly brightens the body of Bhagwanti with their glittering flashes completely destroying the beautifully designed light effects.” [5] The play further puts forward the question on this lustrous trend of media and the people: “… Why do people bring cameras in a stage show? No one clicked the camera during the entire show of two hours duration but everyone was waiting for that particular scene.”

There is another scene in the second half of the play where the brother of Vasundhara is lighting the candles in the door arches: she looks at the portrait of his father Fernandes Masih and utters that “….For everyone this is a full dress rehearsal and for Vasundhara…. a dress-less rehearsal.”[6] At this moment, the portrait of the father, which has been hanging on the wall, is suddenly found standing on the gate; soon after the lines are spoken, the scene sinks in darkness, the father’s image disappearing in shadows. Does this moment not symbolically represent a withdrawal of the heritage and legacy of the history and tradition, which were tied closely with Vasundhara, leaving her now alone in the solitude? From this point on, towards the end, the parental figures gradually sublimate. She needs her mother, who dropped the idea of seeing the play; the image of father felt in the auditorium has disappeared, too, and finally when she needs the company of her fiancé, he is also absent. All these disappearances multiply the pain of a humiliated and wounded woman to hundred times.

By way of closure, I want to underline that Feminist theatre in India has proved to be a creative theatre that challenges representation of our dominant culture. The goal of almost all feminist theatre groups is to subvert expectations, to enable or initiate positive changes in women’s lives through political and theatrical representations. Feminist theatre is a cultural representation made by women and is informed by the perspective of its makers, its performers, its spectators and its critics whose aim is the positive re-evaluation of women’s role and/or to effect social change. However, one should not undermine the contradicting reality of the contemporary socio-political construct of the Indian society. It will not be wrong to say that being a woman today is a lot about knowing who we are—it is no more a surprise to see a woman on a 200cc bike instead of being confined to her room (and to make militant protest against the atrocities of traditionalist and fundamentalist forces). The art of introspection, realization of our multi tasking capabilities, our strength and weakness is what helps us be successful in what we do, be it a high-level managerial job, or a part-time job. Now they do not hesitate even to make militant protest against the atrocities of traditionalist and fundamentalist forces which could be asserted with these photographs (accompanying this article), which refer to an incident that happened, on Valentine day in a pub, about a couple of years ago, where young girls and boys were manhandled and humiliated by Hindu fundamentalists; this event generated a militant protest as well.

I am sure that the male chauvinists of Indian Parliament cannot resist the long-pending Women Reservation Bill for a longer time, since they are under pressure. Women of the 21st Century do not hesitate to register the protest even in the national parliament. This is certainly a fresh material for the theatre of the 21st Century. 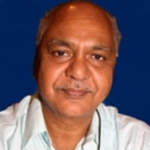 The Emergence of the New Woman: Reflections on 21st Century Theatre of India