Liisa Byckling’s book Keisarinajan kulisseissa is the first study of the Russian theatre in Helsinki from its founding in 1868 to its end in 1918. The title literally translates as Behind the Scenes in Imperial Times,but the book reveals no great conspiracy. According to Byckling, in Helsinki there was very little if any attempt to “russify” the Finnish people through theatre. The performers’ contracts even forbade them to offer adverse opinion against the Russian population.

In Helsinki, Byckling–a lecturer in Russian Cultural Studies at the University of Helsinki and a Visiting Scholar at Wolfson College, Oxford–sees the performances simply as entertainment for the expatriate Russian inhabitants (some twelve per cent of the total 40 000 population). Those who were rich and successful soon blended with the local bourgeoisie. Indeed, if their financial support went anywhere it was more to the Swedish theatre in Finland than to the Russian.

The theatre’s main target audience was civil servants and Russian troops stationed in Helsinki. But the garrison, in fact, was so small that the theatre had regular financial losses despite subsidies from the government in Russia. Also, because the garrison was situated on the island fortress of Sveaborg (Fort of Sweden) outside the city centre, ice often prevented ships from reaching it and kept audiences away. Even when weather permitted, shows had to be over by 11 p.m. before the last ship sailed. This meant shortening some plays almost beyond recognition. Interestingly, today the island is a UNESCO World Heritage site called Suomenlinna and it still houses a theatre (a high quality open air one) which performs in Finnish during the summer months.

Back near the end of the nineteenth century, however, it was a different story. With political unrest growing, Helsinki received more and more Russian troops, which made running the theatre at that point almost profitable. Soldiers even served as extras on the stage. For all these reasons―as well as imperial censorship―the repertoire tended to be rather bland. And there was plenty of opera to attract local viewers across the language barrier of Swedish and Finnish.

For the record, the Theatre itself was built in 1872, and at first the Russians let the Finns share the building which was actually not completed until 1879. Gas light was replaced by electricity in 1905.

After Finland’s independence in 1918, the building was given to the Finnish National Opera which used it until 1993. Since then, the house under its original name―the Alexander Theatre―has hosted touring companies and festivals as well as seasons of Russian plays. And since the fall of the Soviet Union there is again a small Russian-speaking community in Helsinki and its need for professional theatre is served much in the same way as in imperial times.

Byckling’s sources are in Russian, Finnish and Swedish. In addition to memoirs and general histories of Russian theatre, she consulted imperial and local periodicals and newspapers. From posters and advertisements she managed to track down and catalogue all the shows given during the lifespan of the Russian theatre (no small feat). The sources themselves show more interest in financial issues than artistic merit. Therefore Byckling can only tell us how something was done elsewhere in Russia and what was typical of the times, and then conclude that in all probability Helsinki was no different. This distance sometimes makes frustrating reading but keeping a distance is also what most Finnish-Russian cultural relationships have always been about.

What else do we learn from this book? In the 19th century a provincial Russian theatre could easily have three premieres each week, preceded by one or two rehearsals. In Helsinki, most shows ran only once, to return the next season in an interpretation by a new group of actors. Chekhov was not performed much, but Ostrovsky was a steady favourite as well as the romantic plays of Alexander Sumbatov-Juzhin.

Often the productions were copies of premieres in St Petersburg. Finnish actors and directors regularly saw them, and certainly learned from them, but later political tension between Finland and the Soviet Union made it impossible to acknowledge any Russian influence. Actors could visit from St Petersburg to repeat their starring role, while the local company would offer support as best they could. The repertoire, in fact, was very similar to that of any provincial Russian theatre. Local matters were apparently of no interest. Fyodorov’s How Some People Come to Spa in Helsinki (Kak inyje letšatsja v Gelsingforse) was one exception. Performed in 1909, it was an adaptation of an 1840’s German text.

The theatre did, however, nurture one local talent. Pyotr Rosenheim was a governmental official from St Petersburg stationed in Helsinki, where he took to writing drama. After his play was staged, he also joined the board of directors.

The local Russian paper Finljandskaja gazeta (from 1900 to 1917) had as its official task to celebrate and encourage Russian cultural efforts. Therefore its theatre critic (Vladimir Lebedev) was benign in the extreme. In 1906 the manager of the theatre even complained that the critic was much too kind, which angered Lebedev. He answered that it was not the critic’s task to correct the shortcomings of the actors but the director’s. The manager then hastened to assure him that the company was strong enough to face even harsh criticism.

Local newspapers did not really report on the Russian productions. In fact, the Governor-General was relieved when the opening of the theatre in 1868 was not even mentioned. To him this meant no opposition, no scandal, and no trouble. Later the critic of Hufvudstadsbladet (Alexander Öhqvist) included the Russians in his writings. Öhqvist also wrote plays both in Swedish and Russian, and his texts were staged not only in Helsinki but elsewhere in Russia.

After the February Revolution in 1917, the theatre hosted more political meetings than theatrical performances. During the Finnish Civil War in 1918 the Russian theatre continued to give performances. The censorship by then had been abolished, and anti-clerical texts were rushed onto the stage, even alongside plays by Oscar Wilde. Russian troops left the city in the late spring of 1918, after which the government of the newly-independent Finland took over the building. 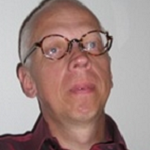