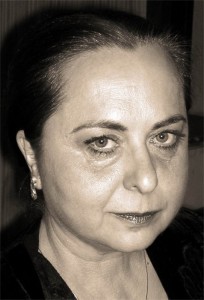 The Host of this whole event: Constantin Chiriac, President of the Sibiu International Theatre Festival (Romania)

“Questions” was the topic of the 17th edition of the Sibiu International Theatre Festival: questions about us, about life and death, joy and sorrow, love and hate, good and bad, Creator and Creation, in this festival of festivals where theatre, dance, music, painting, photography and poetry met.

“Why? Why? is a show that I love very much. I’m glad it can be followed within the International Theatre Festival in Sibiu that by its large dimension and diversity imposed as a peak of the Romanian theatre and became a point of reference for the European theatre”.

There were numerous attractive moments. The star of this edition was Eugenio Barba, a living legend of the contemporary theatre. In a conference that coincided with the release of a book—Theatre. Solitude. Craft. Revolt—that presents an atrocious and sublime biography, this famous theatre personality addressed the audience two upsetting questions: “Can theatre protect us from history? Can it be an island of liberty?” And his shows incitingly illustrated these dilemmas: Ode to the Progress (a dramatic fantasy danced with imaginary animals, gnomes, trolls, fairies) and The Jail for Bones, a reading of Kafka’sProcess in the perspective of the Bible.

Japanese famous artist Oriza Hirata led us through an instructive and fascinating journey into the Japanese theatre with the performance Notes from Tokyo that turned out to be homage to the masterpiece of film director Yasujiro Ozu Story from Tokyo. It was an emotionally quest through Kafka’sThe Metamorphosis in the provocative vision of the Japanese Company Mode.

The presence of Romanian artists was powerful. Silviu Purcărete appeared on the program with three anthological performances: Faust (praised and awarded at the Edinburgh Festival), Metamorphosis after Ovidiu (Sibiu Theatre) and The Woman who Lost her Garters by Eugene Labiche (The Comedy Theatre – Bucharest), a scenic jewelry that premiered in the framework of this Festival. Mihai Măniuţiu conquered the audience with two performances inspired by Antique theatre: the first one was Electra, set in Sibiu, where Elada meets the Romanian folklore represented by the well-known Transylvanian band Grupul Iza; the other, The Bacchantes, set at the Municipal Theatre and coming from Istanbul is a confrontation between Euripides and the liberty and violence that surround us nowadays. The creation of the director was happily completed by the launching of the volume Mihai Măniuţiu. The Chameleonic Space, by Cristina Modreanu. Among the outstanding presences we should also mention Alexandru Dabija with the excellent production Pyramus &Thisbe 4 you, after Shakespeare, at the Odeon Theatre – Bucharest.

Among young directors, we should mention Radu Alexandru Nica who made a strong impression withBreaking the Waves after Lars von Trier’s movie (“Radu Stanca” Theatre – Sibiu). This show was a perfect occasion for two admirable performances: the actress Ofelia Popii (awarded this year at the Edinburgh Festival for the role Mephisto in Faust, directed by Silviu Purcărete) and the stage designer Dragoş Buhagiar (also the designer of the trophy of the Thalia Prize for IATC). Young director Geanina Cărbunariu impressed the audience with a polyglot performance for Romanians and Hungarians (set at Yorick Studio), thus highlighting the interethnic confrontations from Târgu Mureş, Romania after 1989. Its setting was awarded The Critic’s Prize – IATC of the Romanian Section.

Top moments of the edition were the Recitals. Autobiographic testimonies about life and art Why? Why?by Peter Brook, having as protagonist the actress Miriam Goldschmidt, and June Stor, by famous Pippo Delbono as author and interpreter that profoundly impressed the audience by its refinement, beauty and truth.
The puppeteers had a valuable messenger in the Chinese Troupe Quanzhou Marionette which initiated us spectacularly in a millenary art.

Popular performances for all ages were presented as open air productions. Acrobats, mimes, musicians, dancers on stilts, snake tamers, fire swallowers, magicians coming from all over the world performed everywhere, using as stage the night sky, market places, gardens, t roofs of the houses, towers of the cathedrals, streets.

Privileged offers for the audience and professionals were the Book Fair Sibiu Bookfest 2010, the lecture-performances, the workshops, the Performance Stock.

Many of these meetings and conferences—with personalities from Romania and abroad—reached an important intellectual elevation and were emotionally engaging.

Other top moments were the extraordinary conference Art Theatre or Form and Life and the launching of the book The Art Theatre, a Modern Tradition (Nemira Publishing House). The author of these two events was distinguished theatre critic and University Professor Georges Banu, the Honorary President of IATC.

Therefore this was indeed a most favorable edition. In the art of asking “Questions”, President Constantin Chiriac proved a master, and the Festival of Sibiu offered itself as a cultural and managerial model.

[1] Ludmila Patlanjoglu is Theatre critic and historian, as well as University Professor and Head of the Theatre Science Department at the “I. L. Caragiale” National University of Drama and Film Arts in Bucharest, Romania. She was President of IATC- Romanian Section (1999-2008) and Member of IATC’s Executive Committee (2001-2007). She is currently honorary member of the IATC – Romanian Section board (2008 – present) and a Member of the Romanian Theatre Artists’ Association (UNITER). She directed the 2002 and 2003 editions of the “I. L. Caragiale” National Theatre Festival in Romania and the 21st Congress of IATC organized in Bucharest (November, 2003). She launched the IATC’s THALIA Prize (whose trophy was designed by Dragos Buhagiar) and is a Member of Editorial Board of the Critical Stages, a web journal edited by IATC.