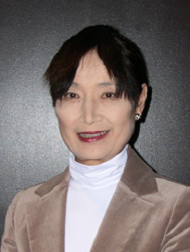 In Asian theatre and dance, there is a long tradition of male actors performing female roles. In their acting the expression of “femininity,” which is often, visually, more feminine than that of a real woman, has been pursued and polished aesthetically to create its own theatricality.

This theatricality is entertaining even in contemporary productions such as the new Kabuki production of Shakespeare’s Twelfth Night (or What You Will), directed by Yukio Ninagawa, which premiered in 2004.

With full use of Kabuki techniques and the cross-gender acting of a man and a woman, namely Viola and Sebastian（Biwa-hime and Shuzen-nosuke）by one Kabuki actor (Kikunosuke Onoe who does Onnagata and Tachiyaku-leading male role), the performance was not only attractive as visual entertainment, but also interestingly presented the essential theme of the original play by William Shakespeare from a modern perspective. With the effect of mirrors widely set on the stage signalling the moment of transformation of the heterosexual characters, the cross-gender double disguise questioned the aspect of anima/animus self in our existential being and the amusing trick of the twins, suggesting the ambiguity of our living identity.

However, without critical analysis of the theme that re-examines its significance in the contemporary period, the play could be interpreted as a stereotypical representation of “femininity” in a conventional notion, which is recognised to be already a fiction.

The paradigm shift promoted by an advanced information society also demands a redefinition of femininity from a much wider perspective in the light of contemporary actuality. The framework of naïve division into two binominal counter-values such as good/bad, real/virtual, original/copy, outside/inside, and feminine/masculine has to be re-examined.

As we witness a shift in the classification of biological gender in our lives, symbolically observed in contemporary fashion, the notion of hybridity and literal ambiguity demands a place in our thoughts today.

At such a time of change and complexity it may be suggestive to start from the “body” which is the foundation of our life on earth. Compared with theatre, which emphasizes the text, the question of the “actuality of the body” has been more clearly investigated in dance, which can go more directly beyond words on the level of perception.

After the thorough investigation of the body in Butoh and the major study of movement in post-modern dance to present an alternative in terms of dance aesthetics, which have created a contextual shift, femininity has been found to be an interesting strategy for presenting the contemporary issues of our time. In my paper, I would like to examine the Butoh of Kazuo Ohno and dance pieces by Sakiko Oshima which have used and explored femininity in an inventive theatricality, in order to investigate the value of the term in our time. Interestingly enough both have invented their own “trans-gender rhetoric” as part of their artistic expression.

Kazuo Ohno (1906-2010), who died at the age of 103 on June 1st this year, is a pioneer of Butoh together with Tatsumi Hijikata. In response to the radical theatre movement of the 1960s and 70s, under the influence of the theories of Antonin Artaud and Jerzy Grotowski, which emphasized the physical aspect of acting rather than the text as a protest against modernism, Butoh (initially called Ankoku Butoh meaning the Dance of Darkness) shed light on the realistic side of human existence. It was part of a radical experimentalism seeking an alternative to the established norms of the post-war period in Japan. With a special focus on the Japanese physique (body) culturally inscribed, specifically deformed by agricultural practice which has been forgotten in history but remains in the folkloric performances in northern Japan, Hijikata finally introduced the existential body outside the academic conventions of dance in the piece 27 Nights for Four Seasons (Shiki no Tame no Nijyu-Nana ban) called “Tohoku Kabuki” in 1972, which was artistically resonant with the Japanese traditional theatre. Presenting the ailing body (“Suijakutai”) deformed by aging, illness or even death, which had been treated as “transparent” in society, Butoh thus reversed the aesthetics and values of dance, which tended to be influenced predominantly by Western concepts of technique and formal beauty.

Kazuo Ohno invented and developed his own form of Butoh, inspired by Hijikata’s striking concept of body and in collaboration with him. Ohno, initially trained as a gymnast and later worked as a teacher of physical education, was a superb modern dancer who learned German modern-dance under Takaya Eguchi, Misako Miya and others. On his return to dance after almost nine years in military service, his encounter with Hijikata remoulded his dance into Butoh. Ohno performed Divine-Sho, based on Jean Genet’s Notre Dame des Fleurs under the direction by Hijikata in 1960 and this experience of performing the role of a male prostitute, dressed as a woman, dying in the filth and dirt, inspired him to see dance from the perspective of “death.”

In sincere artistic pursuit, and partly due to the impact of Hijikata’s striking performance, The Rebellion of the Body–Tatsumi Hijikata and the Japanese in 1968, Ohno did not reappear on stage for about ten years. He returned with Admiring La Argentina in 1977, when he was already at the age of 71.

It is interesting to note that, since his return, important characters in his Butoh, including Admiring La Argentina (1977) and My Mother (1981) have been elegantly dressed as women. Rather than playing the role, Ohno wanted to express the essence of femininity as the spiritual incarnation of abstract values, as he often mentioned himself, “in contact with the soul”. For example, the legendary piece in Ohno’s career, Admiring La Argentina, starting with the image of the Divine, is the crystallization of his memories of the dance performed by La Argentina (Antonia Mercé), which he saw 48 years before, and with many of his own thoughts on life during those years. In My Mother, the cycle of life was incarnated in an admiration of maternity, giving birth in sacrifice of the mother’s life. Though Ohno danced in a long, frilly dress and a flowery hat, with his wrinkled face painted white, the feminine personality here was not the simple representation of a woman, but the trans-gender rhetoric which enlightened the universal cycle of life and death. In his desire to dance a requiem for the deceased, especially a prayer for war victims, Ohno, who was a Christian, cherished femininity as the only strategy to convey the eternal values of mercy and gentleness to audiences.

Kazuo Ohno’s Butoh is poetic in contrast to Hijikata’s Butoh, which is rather theatrical. Apart from the style and the techniques, Ohno’s Butoh is free- flowing, based on improvisation. His dance, responding to moments of his lived experiences, has the magical power to communicate with audiences beyond the reality of his body. Kazuo Ohno danced a beautiful solo, Flower (2001) at the age of 95, which became his last official performance. It could not be called a “performance” in a conventional sense, but it was an exquisite performance piece, which impressively presented the force of life. All the improvised movements made by his frail body were drops of his own life and what we witnessed was the flight of his soul itself beyond physical existence, rather than functional movements. From where he stood, anything could become a dance or even poetry, in eminently natural processes. We should remember also that Nature is invariably considered “feminine”.

Another case for analysis is the contemporary dance piece choreographed by the female Japanese choreographer, Sakiko Oshima, who leads the all-female company named H. Art Chaos, famous for their “cosmic” dance in the air using wires. Their principal dancer, Naoko Shirakawa, is a powerful dancer with a striking presence of androgynous beauty. In Romeo ＆ Juliet (1996), the solo piece in which both main characters were danced by Naoko Shirakawa, the anima/animus aspects of the body were presented, as well as a fresh interpretation of contemporary society with a special focus on the “on and off” life cycle in the computer game, which consumes “femininity” as a media image.

In the opera production of Bela Bartók’s Wunderbare Mandarin (2005), Oshima used Shirakawa’s androgynous quality as a vehicle to express the paradoxical struggle of desire, particularly the theme of tragic immortality. Oshima’s trans-gender rhetoric worked well here in the energy of a dance which challenged the spatial aerial stunts using wires.

For Oshima, the contemporary body trapped within the social context has always been the inspiration for creation. Artificial Paradise (2004) and White Night (2005) were thrilling corporeal studies of the urban body today. As suggested in the title, metaphorically meaning a sleepless night in modern life, Oshima, keenly aware of the loss of instinctive power of our bodies, investigated in White Night the influence of modern technology on the body and perception.

With her artistic curiosity in relation to body image, which is duplicated and consumed at astronomical speed in the cyber world, Oshima analyzed the condition of the human body from the critical viewpoint of modern civilization. Compared with the conventional humanist framework, even in post-modernity, technology and the body are more interconnected visually in the information society through digital images.

Again to the joy of audiences, with her unique choreographic talent, the saga of the “human body” trapped in the cyber network, in its struggle for restoration, is visualized dramatically in this piece through the energetic flow of dance. With the live stage echoing the cry of the living body, threatened by virtual images and computer graphics, the critical fight of the human body against technology was performed using live bodies playing the roles of “virtual bodies” that instantly repeated the high-speed spins in numerous times, as in the world of the film Matrix.

With the use of a trans-gender body free from fixed sexuality, Oshima was successful in presenting the body image in a time of technological sophistication, faced with the loss of humanist certainties.

With the decline of the naturalistic paradigm, such trans-gender rhetoric, which stands at a distance from the conventional belief in heterosexuality, enabled us to treat universal and metaphysical questions rapidly shifting in contemporary days. Trans-gender rhetoric may be effective for theatricality, with its wider perspective transcending the conventional borders set by masculine authority under the patriarchal system. The diversity of discourses about the body including the sexuality is surely needed to respond to the complex issues of our time. 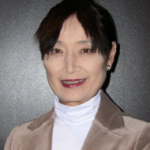 [1] Akiko Tachiki is a Critic, Journalist and Lecturer specialized in Dance and Performance Arts. She is a regular contributor to several Japanese publications such as Dance Magazine, the Yomiuri Shimbun,Aerea, Theatre Arts (IATC, Japan), as well as Correspondent for the European Dance Magazine, tanz (ballet-tanz) published in Berlin, Germany. She is the co-author of Performing Arts in Germany Today, co-writer of Gendai Engeki(Contemporary Theatre), and translator of Sharing the Dance – Contact Improvisation and American Culture by Synthia J. Novack . She is a member of the Japanese Society for Dance Research and the Japan Dance Forum, and is currently Secretary General for the IATC, Japan. She has been a lecturer for Dance Artist Community College and other seminars including Asia Europe Dance Forum, and has served as a jury for choreography or dance competitions such as Saitama International Creative Dance Contest and Kuopio Choreography Competition (Nordic Grand-Prix) in Finland.