As a cross-section of contemporary directors this is a compelling collection of pieces, representing a wide variety of voices and styles of theatre. It consciously attempts to update the 1988 Directors’ Theatre by David Williams and David Bradby, to whom indeed this volume is dedicated. As the editors note, this is the first book to feature Spanish directors, and it is refreshing to have an essay on the work of Calixto Bieito, as well as on other areas from the verges of the standard European repertoire, such as Romania (Silviu Purcãrete), although both, in fact, have already achieved significant reputations on the European Festival scene.

However, the central focus is–somewhat incongruously–France, with no fewer than four directors included, plus a coda in the form of an odd and rather dated essay by Patrice Pavis, while the German scene (far more associated with “director’s theatre”) is here represented by only two, together with one Swiss-German. A sign of the changed times is the number of British directors who can legitimately be included in the European selection–no fewer than three: Donellan, McBurney and Mitchell–who work as much on the continent as at home, and all of whom have come to some degree to devise their own dramatic material rather than relying on playwrights. This indicates an increasing deviation from the traditional British focus on dramatists, yet it also demonstrates the degree that despite geography or political connections, Britain remains outside a conventionally defined ‘Europe.’

The material featured here certainly suggests the richness and experimental nature of twenty-first-century theatre as well as the continuing significance of the director–and in fact one of the premises of this book is that the collaborative theatre models (so important in the 1970s and 1980s) have given way to a re-emergence of directorial authority, even though several of the directors discussed insist on the importance of collaboration. In addition, the focus on directors per se automatically excludes companies like Rimini Protokol.

This is, in fact, a collection with a thesis, imposed by the editors. As a result, not all of the subjects selected qualify as ‘Contemporary,’ while the ‘European’ construct seems oddly defined. Incongruously for a ‘contemporary’ view, the book opens with pieces on Mnouchkine and Chereau–both of whom made their reputations in the 1960s and early 1970s–with Chereau being a particularly curious selection, as a director whose relatively few stage productions are outnumbered by his films. It appears that the only reason for including these directors from the previous generation, is the political claim that the directors selected can each be seen not “as a homogenous individual but rather as a construct that itself articulates wider debates around the intersections between theatre, nation, state, and the broader structures through which geographical, political and cultural spaces intersect or collide.”

Clearly the contributors were instructed to consider (or to ask their subjects about) the dissolution of nationalism into the European context, and the establishing of a post-colonial (or in the terms of Pavis, ‘intercultural’) view of the world–although the ‘European’ definition is challenged by almost all the directors, who tend to see their work rather as universal, while Peter Sellars quite explicitly denies these premises, pointing out that not only do “colonialist attitudes die hard; the implied cultural superiority is, to this day, insisted upon” but also “that Europe represents civilization is very problematic. Immigrants have changed Europe, they’ve shaped it in ways that are just not recognised” and that “Culture is barely mentioned in the Maastricht Treaty precisely because it’s perceived to be divisive. … European culture … was just thrown overboard when they made the EU. This conservative backlash [the market-driven economic model] is only possible because the cultural field is in such a weakened state.”

Perhaps because of his challenge to the premises of this book, Sellars is relegated to a Postscript, although Sellars is no less a European presence than, say, the Russian Lev Dodin. By contrast there is a curious doubling, with both an article on Ostermeier, and an interview with him, which makes Ostermeier’s so-called ‘neo-realism’ appear the preferred style of the editors, although this prominence is more likely due to his expressed political views, his proclaimed opposition to “Capitalist Realism” and focus on EU economic problems being shared by the editors.

Along with this goes the thesis that contemporary directors are practising ‘post-dramatic theatre’ and “overthrowing the pre-eminence of the text in the theatrical experience.” Yet director after director is shown to be focused on interpreting dramatists’ scripts–-and indeed one of the most frequent references is to productions of Ibsen.

This emphasis on Ibsen raises the question of inclusivity, since two of the directors most associated with recent radical productions of Ibsen’s plays are Vegard Vinge and Ida Müller. (Including their work would also have extended the range to Scandinavia – an area of Europe neglected here.) Another missing figure is Roberto Ciulli, who may be part of the Mnouchkine/Chereau generation, but should stand as a quintessential European director, having started his career in Italy and transferred to Theater an der Ruhr in 1980, while also forging links with Iran. Still, the selection of one figure over another in such a rich field is always a question of personal choice, although the political agenda here proves a limiting factor. Without Pavis, or the relative nonentity Chereau, and without Mnouchkine about whom so much has been written that it is hard to say anything new, there would have been space for others. Indeed the present selection, with only two women featured among the 20 essays, reinforces a gendered picture of directing–-at least in Europe-–as an almost exclusively male preserve, which in fact is not the case among the younger generation of directors.

There is one other aspect to this book that is also problematic. Whereas the apparent political perspective is limiting, there has been too little attention to creating a unified concept. The result is that the 20 pieces vary widely, from straight interviews (approximately a third of the book) to standard academic articles, the most useful of which are those based on previously published interviews by the authors. Some of these are heavily theoretical – the most extreme being a ‘post-dramatic’ analysis, which obscures Marthaler’s work under a misleading critical structure–but then how much can be said in the space of 20 pages (the average length of these essays)? Covering the career of the director, as well as attempting to give an accurate depiction of his directorial approach, and the style of his productions, leads to largely superficial overviews.

This is underlined by the format, which requires a table of “Five Key Productions” at the end of each piece. Five is far too little to give the trajectory of a career; yet even these cannot all be dealt with in the course of an essay. Indeed, perhaps in response though actually unhelpfully, one contributor has chosen to give a highly personal and subjective impression of just a single production, with a very short interview sandwiched (as a metaphoric interval) between the two parts of the performance.

All this makes Contemporary European Directors less useful as an introduction than it might have been, which is unfortunate since the trans-European material highlighted is itself fascinating. 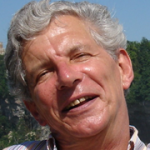 [1] Christopher Innes is the editor of Cambridge’s Directors in Perspective series and the author and editor of more than a dozen studies of contemporary world theatre. He is Canada Research Chair in Theatre at Toronto’s York University.