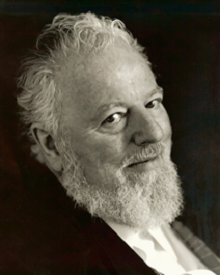 Slobodan Dan Paich is artistic director of the Artship Ensemble in San Francisco, Calif., U.S.A. Slobodan Dan Paich’s theatre activism is the dignity of the process itself. He is artistic director of the Artship Ensemble (formerly Augustino Dance Theater) in San Francisco, and Principal Researcher of the Artship Inquiry—both programs of the Artship Foundation, of which he is executive director. In his daily work, he leads collaborative teams creating works for theater, as well as curating exhibitions and presenting scholarly papers internationally on the history of art and ideas, on topics ranging from globalization and the urban poor to prehistoric temples, polyphonic singing, the transmigration of ideas and ritual dances. His scholarship is informed by living practice, and his theatre productions are inspired by “lived ideas across time.”

Born in the former Yugoslavia in 1945, Paich acted on radio, stage, television and film from an early age in Belgrade. There, he started a number of experimental movement and dance theater groups. Paich lived in England as a political exile from 1967 to 1985. Since immigrating to the San Francisco Bay Area in 1985, Paich has received multiple commendations for his work in extending the performing and visual arts into the community. In addition to serving on the board of directors of the International Peace Foundation in Berlin and Vienna, he served as its director of arts and culture from 1996 to 2002. At TanzFabrik Berlin–Centre for Contemporary Dance, Paich taught acting for dancers and performance for visual artists. Slobodan is an internationally exhibited visual artist, exhibitions curator and teacher of multi-disciplinary art who, he says, “is never far from a rehearsal process and has worked in theater all his life.”

The dynamic combination of art, performance and community initiative are always at the core of Slobodan Dan Paich’s work, about which one can read more at his distinctive website: www.artship.org.

1. In your country/city, is there any major issue (e.g. a contemporary social problem) that artists fail or neglect to address on stage? Why? Is this due to censorship, or to a blind spot in the community’s shared perception of the world?—or to a community’s consciously or un-consciously avoiding it?

One can only respond to this from one’s own practice, because as artists involved in work, we are inevitably bound by the internal vision of that work. We ourselves are full of blind spots and the inability to follow everything happening in “The Scene”—with big fat quotation marks. People who are overtly concerned with The Scene, and know what everyone is doing, are usually either the collectors of butterflies, with pins ready to put them in the box, or with an intention to hurt—or they are people without a direction who are looking for a direction from The Scene.

Our work is concerned with building the work from scratch—from a simple idea or intention. We describe our process in our theatre’s materials this way: “We use the term ‘matrix’ for all the repeatable elements for living performance. This matrix is born through improvising, incubating, remembering, cherishing and sharing. For Artship Ensemble, a theatre matrix is a unified field, a holder of all the written and orally transmitted and remembered elements of the expression.”

Outwardly, this is what every theatre company does in some form or other. The potential blind spot, or the difference in our work, lies in an interest which the following quotation might elucidate: “Genetic engineers are discovering an inner matrix of cells and chromosomes possibly resembling the same characteristics of large organisms, social patterns and cultural structures.” Artship work is deeply committed to this undercurrent of trans-disciplinary discovery and celebration of some of the most ancient patterns relevant to modern audiences. Artship, being a modern storytelling theatre, is completely attuned with prehistoric shepherds and woman potters telling the ancient myths and beguiling their audiences.

The difficulty often arises in the tectonic plates of intimacy in ensemble work—and in the commercialism or swiftness of current practice. A small theatre arriving with their almost-born play into the conveyer belt of prescribed procedures and bureaucratized processes inevitably create a tension. Each time a theatre or a lighting designer or sound operator tunes in and loves and respects the process of a particular company, something very beautiful and poetic happens. Each time somebody tells you they can’t move a curtain five inches or they can’t do something because it’s not done in that theatre, a huge chasm emerges between the culture of art-making and the culture of presenting. How [to overcome this]? It depends on the situation and the people; I don’t have a formula. Sometimes I have to learn to endure.

The politics of art, and who “owns” you, unfortunately create the need for dissidence and exile. How to tackle it? Artistic defiance is to keep practicing art—to create. At whatever scale. The greatest defiance against any totalitarianism or commercialism is to create, and the chance to work regardless of the odds.

It has been an unspoken presumption that a critique is objective, informed and lofty, upholding the standards of good practice and helping the public decide what’s good for them. But confusion arises from the codification of “the experimental” and of early 20th century modernism as a discernible language of liberation from conventions. The idea is that: oh, we know what experimental is—or: this is avant-garde—not dissecting the form in an idiosyncratic way…

As a result, there is an inherent sadness—and sometimes even a tragedy—in innovation, and particularly discreet or subtle innovation. As an example: the mastery of skills to perform a new kind of work—skills which gets absorbed into the performance and are presumed to be part of the usual training of the artist. Artship Ensemble performances have live musicians playing throughout, sometimes behind the scenery or on the sides of the audience; they play completely in the dark, organically working with events on the stage. But people are used to pre-recorded music; the musicians’ incredible new skills—not exhibitionism of virtuosity but a deep, poetic merging with the dramaturgical—are never noticed. It takes a long time to train musicians who are used to having their little stands and lights.… Their score is now what they see in front of them; there’s no conductor in a box.

Another example: Artship holds a small but significant musicological archive of one of my early mentors, and I continue in the work she inspired me to do—to listen and seek the early and rare recording of original music forms. For two or three minutes of music for our productions, I listen to 20 to 40 hours of music—what I call “deep listening.”

So, I think you are talking about the problem of those who come to the theatre with pre-determined “categories” in their minds—saying that critical categories don’t exist to describe the breakthroughs the performers experienced in rehearsal, or how profound the research was that made the performance possible?

That is all overlooked, misunderstood, mistrusted as an alien and unfamiliar element. In the usual way of addressing the general readers of any publication, and naturally with strong editorial policies, the poetics of innovation are often dismissed unless they make a huge commercial success or are heavily supported by some ideological concern. In light of these thoughts, our relationship to critics has always been similar to that of people arriving at Ellis Island in the 19th century, and having their last names changed to fit the new and enlightened world.

5. Could you talk a little more about the role your work in architecture and the visual arts have played in your work as a director?

As a child of seven in post-war Yugoslavia, I went by myself to an audition for a children’s performance on the radio. When I won the place, I had to throw a considerable number of tantrums for my mother to let me go! At that point, my childhood ended and the rest became a total commitment to performing. Children have to wait around a lot when they don’t have big parts, so I had time to watch rehearsals, and to ask directors, conductors, singers, tailors, scenic painters and electricians how they do the things they do. I had the most amazing mentors and learned the craft on the job. I began to doodle as a part of remembering things and filling time—not only about the facts of theatre practice—and later, T.V. and film practice—but also my own ideas for imaginary sceneries, film scripts… So my immersion in the multi-disciplinary reality of the performing arts, and the spontaneous trying of many things, created hours of practice and parallel mastery that enabled me to pursue painting, sculpture and architecture seriously while always being very close to performance. I could say that I have not been away from the rehearsal process since 1953, except for my early years in exile in England.

6. You have been warmly recognized for using the performing and visual arts to reclaim public spaces. As just one example of many: in the late 1990s, your group worked with community members to recover the old amphitheater at Arroyo Viejo Park—“best known,” as the newspapers reported, “as a setting for pit bull fights, drug deals, and assaults.” Yours was the first performance there in 30 years. Would you comment on your work in urban areas some might refer to as “disadvantaged”?

It is important to say this: we deeply believe that the theatre process is a community-making process when it works and the troupe becomes a true, deep ensemble—that is, one which can absorb dysfunctions—not a suppressed and “charming” group, but a living, creating, bond-forming kind of spirit. That becomes a generative model, a first cell, a zygote, of any community involvement. We never go into communities as do-gooders or guilt-washers or grant recipients who are looking for disadvantaged recipients, but only work when invited because we already have a real connection. That is, we start from the theatre, not from the disadvantage.

The energy of a live performance that is attuned to the continuous human values, more on a biological than any ideological or religious basis, offers a unique, living experience, a visceral antidote to the virtual media-oriented or instant-commentary types of performance. We are committed to the homo-sapien aspect of theatre work. 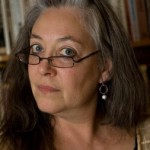 [1] Lissa Tyler Renaud, a master teacher of acting and voice at InterArts Training in California, has taught throughout the U.S. and at major theatre institutions of South Korea, India, Taiwan and Singapore. A recipient of Ford Foundation and National Science Foundations grants, among others, she is an award-winning actress and is recognized as a director and alignment practitioner. She publishes and lectures widely on the European avant-garde. Her co-edited volume, The Politics of American Actor Training, was published in 2009 by Routledge. She was recently U.S. delegate to the international conference at CEUVOZ (Centro de Estudios para el Uso de la Voz), a pioneering institute for voice training in Mexico City.