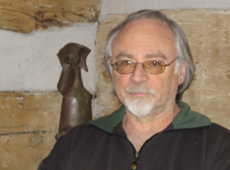 [T]he function and the vocabulary of criticism and theory are important, difficult problems. Important because theatre deserves what other disciplines have, a consistent, intelligent, effective, and reciprocal exchange between theorists and practitioners.…

The critic’s function is to analyze, the practitioner’s function is to do, and the theoretician forges the middle link between analysis and action. In the modern theatre, many people have tried to forge this link. Artaud, Craig, Appia, Stanislavski, Brecht, Grotowski are all notable theoreticians. Their exploratory work was done in “laboratories” or “studios,” and they attempted to test their ideas against practice and deduce systems from experience. (Schechner 1969: 43)

I think that it is fair to say—a half century later—that Richard Schechner has added his own name to that impressive list of theatre theoreticians, those who forge the link between analysis and action, understanding and doing. Indeed, Schechner has invented a whole new science of theatre analysis called Performance Studies, a whole new way of seeing and responding to theatrical stimuli, a science that brings the rigour of social science and anthropology to our own ancient art.

Perhaps in inventing that new form, Schechner was actually responding to British critic Kenneth Tynan’s challenge. As Tynan put it around that same time, “in most schools drama is taught as a suspiciously amusing branch of literature: we would gain much if it were taught as an offshoot of sociology.” (Tynan 2001: 95)

Whatever the stimulus, Schechner took that challenge to every university he has been affiliated with – New York University particularly where he has made his greatest assault on the drama school there and drama schools everywhere. And NYU reciprocated the favour by naming Prof. Schechner a few years ago a University Professor. Distinguished recognition indeed!

The fact is, Richard Schechner has now created a whole school of performance studies leaving the more traditional departments there and everywhere else around the world far behind. At dozens of universities across the United States and Canada, across Europe and right across Asia, Schechner has shaken his verbal spears and sunk them deep into old curricula. He has also shaken his directorial spear to test many of those theories. As a director-theorist, his first major breakthrough into the wider public consciousness was with his production Dionysus in ’69, a rocking raucous retelling of Euripides’ The Bacchae which also brought into his theatrical vision the notion of environmental staging. He later wrote the book on that subject too.

He continued his various assaults on the old and out-of-date with his editorship of TDR, first in its incarnation at Tulane University as the Tulane Drama Review and, when he moved to NYU and didn’t want to change the name of the journal, letting it re-emerge simply as TDR. In its early years, TDRdebated all the traditional issues including the rise and fall of the traditional avant-garde. In its later years—Schechner has edited the journal for some 30 years now—TDR became the home of the contemporary avant-garde writing about the latest theories of Brook and Boal, Grotowski and Barba, Suzuki and so many others. And in every issue one could find his own often controversial vision of a grand new critical and theatrical art connecting society and performance in all its manifestations. Today we routinely speak of the performative in daily life thanks to Richard Schechner. We understand far more deeply than ever before the profound links between ritual and art, between make-up and mating, between theatre and anthropology (the title of yet another of his many influential books).

In his quest to understand the human roots of theatrical art, he created numerous disciples all over the globe – in the Americas, in Europe, in Africa, in Asia. Sadly, very few of them have Schechner’s theatricalbackground and training, few have the ability to test their theories in the real world or even in academe, even fewer understand that the greatness of Schechner’s achievement is that it has always been rooted in a commitment and love of performance as social act, even more, performance as social transgression. Schechner is at his greatest as an analyst of both theatre and society when he is at his most daring and outrageous.

Let me give you just one example of his daring and his outrageousness. After our last IATC Congress in Sofia, a new book was published entitled Theatre and Humanism in a World of Violence, that being the theme of our Congress. In that volume is an essay—already widely quoted—in which Richard Schechner analyses the world’s avant-garde theatre once more, an essay which concludes by speaking about the events of 9-11 as a piece of theatre. As Schechner wrote:

There is no doubt that from the perspective of performance studies, the attack on the World Trade Centre was a ‘performance.” It was planned, rehearsed, staged and intended to affect/infect the imagination first of all…. (Schechner 2009: 271)

He then asked, but for all that:

He ended that brilliant essay by referring us back to Antonin Artaud’s uncanny assertion in No More Masterpieces that ‘We are not free. And the sky can still fall on our heads. And the theatre has been created to teach us that first of all.’ After which Schechner asked rather soberly, “Is this our avant-garde?”

In such writings, Richard Schechner has changed the way we all think about art and about society. He has changed the way theatre is taught in our schools and written about by our critics and public intellectuals. His impact has been enormous because—as I said—he has always rooted it back to theatre and to the performative rather than into the esoteric and unrooted psycho-babble and ersatz social scientific jargon that has been the domain of too many theorists today, many of them working in his name, many who should know better.

Richard Schechner is brilliant, generous, charming and deeply concerned about the world we live in. He is also a giant among critics, theorists and academics; the world is gathered here today to acknowledge just how great his stature is among us and to give him pride of place in that pantheon. On behalf of theatre critics and theatre scholars around the world, on behalf of all of us gathered here in Yerevan for this World Congress, it is my great pleasure to call on Richard Schechner—a true friend of theatre art in all its social, psychological and even sexual manifestations—to receive the 2010 Thalia Prize for Theatre Criticism. 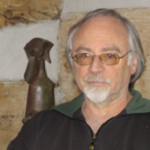 [1] Don Rubin is the General Editor of Routledge’s six-volume World Encyclopedia of Contemporary Theatre and a Professor of Theatre Studies at York University in Toronto.

A True Friend of Theatre Art in All its Manifestations : Richard Schechner