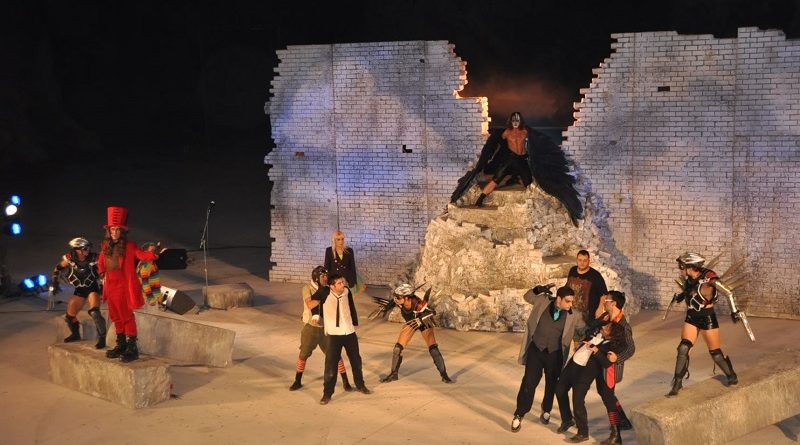 The initiative for this Special Issue of Critical Stages / Scènes critiques arises from our shared and sustained interest in the interdisciplinary, and, indeed, transdisciplinary Environmental Humanities that we have always perceived as a particularly compelling and dynamic site within which to formulate and locate our work. It is difficult to conceptualise how this might not be the case for socially-engaged scholarship and active citizenship, as the world is experiencing a climate crisis of extraordinary, and, indeed, dramatic – in all possible senses of the word – scale and iteration.

Spatialities, geographies, mobilities, interactions, flows and exchanges have always been points of intersection in our work. We are mindful, also, as international academics ourselves, for whom collaboration – as this Special Issue also conveys – has been a driving imperative always, of the resources required to sustain not only our collaborative endeavours (travel, carbon footprints and related environmental impacts), but, also, the resources required to mount and, on occasion, to tour performance internationally. Such performance with an international spirit and presence, given festivals, as well as international co-commissions, of course also includes performance with an environmental focus, and even with an activist character.

We have therefore sought to provide a ground and vehicle through which to reduce some of these distances, without transgressive acts: to provide a forum for international scholars and practitioners to share and disseminate their work, so that more of us can become aware of it, and so that borders might be crossed, without nature being transgressed upon – and without, at the same time, missing out on learning about, and from, each other’s work, on as broad and international a scale as possible.

We were positively overwhelmed upon posting our call for papers, and we would very much like to take this opportunity to thank all colleagues who submitted abstracts to us since the early stages (over seventy as a matter of fact). This acknowledgement includes proposals that we were unable to take further; proposals that we selected but which unfortunately did not make it to the final Special Issue due to other practicalities, and the very unpredictabilities – including a continuing disruptive pandemic context that coincided with part of the temporal framework of this issue – of the world we live in.

Despite all the precarities since we first launched our project, we were vastly rewarded by the variety of global voices that responded to our call and the exciting and intriguing papers that this cross-cultural endeavour yielded for us. Tracing once again the themes and tones of the sixteen articles comprising our Special Issue at this final stage of the work, we are amazed to see how much is common or interactive in them – in image, in mood, in perspective. It is thrilling and surprising how papers interrelate, cross and communicate with one another, converging and diverging through a constant mobility of thought and emotion, spatial and temporal shifts, cultural and ethnic diversity and an interchange between history and legend. Some papers are more on the theoretical side, providing frames for approaching or analysing or documenting ecological issues in art; others focus on case studies of plays or performances or ecologically motivated festivals that sensitise the audience to the current environmental crisis or suggest new ways of environmentally minded living and behaviour. Yet other essays discuss the process and outcome of specific projects for the protection of the planet, either by heightening the awareness of the general public or with a more concrete pedagogical goal: the specific ecological training of young artists. Some other vital issues raised in a number of papers include the degree of vulnerability that gender and/or cultural difference is subject to concerning the effects of climate change and ecological catastrophe. And, of course, revisiting the classics (from the Greeks to Shakespeare) could not be absent from our collection of essays, either as a new eco-sensitive reading of classical texts or as contemporary rewrites inspired by them.

Last but not least, we should mention the centrality of fauna and flora imagery, either as natural entities (trees, crops, grass, flowers, bees, serpents etc) or in various artistic transformations employing animism, anthropomorphism or zoomorphism irrespectively. Equally so, the presence of natural elements and phenomena such as water (lakes, rivers, seawater), rain, drought, snow, frost, flooding, have been a recurrent motif in several contributions.

Initiatives also vary from individual research to co-authorship and experimental teamwork. It was a delight to bring together under the auspices of this collective volume a variety of theatre artists (directors, performers, playwrights, scenographers) and theatre scholars, many of whom are also activists in their local communities or in the broader political domain.

What is also striking to observe and problematise is how vast the spectrum in our attitudes and preconceptions about nature and the earth can be, even in the course of revising our readiness for peaceful and equal co-existence with the non-human. From this perspective, the papers in this Special Issue move from a delightful, perhaps romantic, certainly optimistic, view on the “pleasures of mundane existence” to the thrill, perhaps threat, of “dark ecology,” thus reopening the field for further research and deliberation about the guilt-ridden Anthropocene and the possibility of constructing a more environmentally friendly era and milieu.

While determining the content and the form of our work we have been very fortunate to receive and gratefully accept the offer of a new play by Caridad Svich, Town Hall,which reflects, in mood and in concept, many of the papers included in this critical collection. Including a new, unpublished theatre script in the line of the thematic focus of each Special Issue of the journal has been on the minds of the Editorial Board of Critical Stages / Scènes critiques for some time now. As Guest Editors we are most happy that this new opening of the journal is inaugurated in our collective work. We are equally pleased to include here an interview with theatre artist Ant Hampton, whose recent experimental work on “Showing Without Going” is so beautifully attuned to the preoccupations of our own endeavour (see the Interview Section).

An attempt to classify the papers and group them according to similarities in thought, method or style has proved an impossible task because their points of contact and, similarly, of divergence are so complex that we would end up in a pointless reshuffling game to no end. Judging that this multi-vocality, within and across the papers, is after all the strength of this collection, we decided to let our readers play the adventurous game of reading linearly or diagonally or upside down and relating accordingly all this thought-provoking work, which we have finally arranged in what seemed to us the most democratic way: a simple alphabetical order!

We of course especially wish to acknowledge the contributors whose work graces this Special Issue, for being with us on a long – and we hope fruitful for them, as it has been for us – journey since the inception of this project. We are delighted to have reached this stage, and we hope to have a chance for more collaboration in the future. More than anything, we hope that questions on resources, environment, nature, climate, sustainability, internationalism, cooperation, implementation, economies and ecologies will continue to be asked, explored, foregrounded – and persisted upon.

That this Special Issue is published Open Access is both practically and symbolically significant to us. We believe that, as far as possible, research ought to be accessible, especially as far as issues of global significance and urgency are concerned. In the recent period the world has been shaken by a large-scale health emergency; by major military conflict; and by a climate crisis that, as above, has far-reaching, corrosive and life-altering consequences not only for the present, but, indeed, even more so for future generations – and for worlds both human and non-human. Climate justice, forced migration, resource drain, the “eco-” as more than a shared prefix in two terms that seem to capture the way in which this universe works: “economy” and “ecology” – these are issues that we believe, as often and as best as possible, ought to be debated beyond and irrespective of paywalls. We are very concerned with issues of access, representation, democracy, visibility. It is for these very reasons that being able to present these dialogues to our readers in an Open Access publication has been a priority that we are especially delighted to have seen through. On this note, we also wish to express our sincere gratitude for the hospitality we have received within Critical Stages / Scènes critiques, as extended by its core Editorial team, that have been available to us for support and guidance in a most collegial way at all stages.

The theatre is a public art; it has a life on the page (assuming there is a text), on the stage, in individual bodies and in the collective public, in minds and in hearts. As our global environment, and our local environments, are being tested to breaking point, we will need each and every one of these components to help us assess the situation, to discuss how performance might produce and propel interventionist action, and to come together – as is also desperately needed.

We have lost time to COVID-19, but we have also gained ways of exchanging our work – critical and creative, and indeed both at the same time – that can be more environmentally and financially sustainable, without sacrificing the beautiful liveness that nurtures and – indeed – sustains, both theatre and ourselves, as spectators. We very much hope that the essays presented in this Special Issue will provide further fertile ground for reflections, discussions and actions. We hope, finally, that the field will continue to blossom. We believe profoundly in the unique capacity of theatre among the representational arts and socially engaged literatures to formulate communities, and to invite us not only to witness, but, also, and more importantly, to co-create the world.

NOTE: The photo is from the production of Aristophanes’ Birds, directed by Yannis Kakleas, Municipal Theatre of Crete, Theatre Vrachon, Athens, 2012. The Digital Depository, Vyronas municipality of Athens. Accessed 27 Nov. 2022

**Elizabeth Sakellaridou is Professor Emerita of Theatre Studies at Aristotle University of Thessaloniki, Greece. She has taught and lectured widely on contemporary theatre in various academic institutions in Greece, elsewhere in Europe, and in the USA. She has published on contemporary British and European theatre, classical and modern Greek theatre, performance theory, cultural and gender studies, and, more recently, the hybrid space of performance phenomenology. Her publications include Pinter’s Female Portraits; Contemporary Women’s Theatre (in Greek); Theatre, Aesthetics, Politics (in Greek); and numerous articles and chapters published in international journals and collected volumes respectively. She is also a critic, dramaturg and translator of dramatic works from English into Greek and vice versa.

One thought on “On Theatre and Ecology at Critical Junctions: Editors’ Introduction”