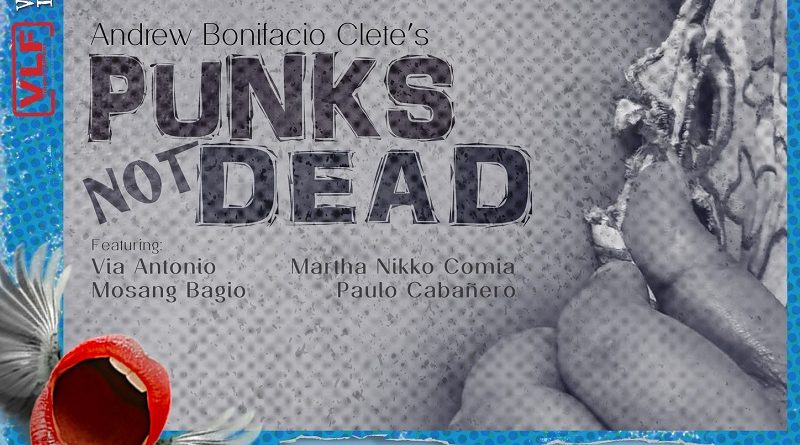 An annual festival of one-act plays in Manila, Philippines, Virgin Labfest (VLF) is on its 17th year, already with its own cult following for what are promised as “untried, untested, unstaged” scripts. The power of VLF has always been how it puts new playwriting center stage, with material that cannot be seen elsewhere, which, in turn, can nurture audiences that are open to experimental and unexpected work.

The Virgin Lab Fest’s 2022 edition, entitled Hinga (Breathe), reminds that all good things must come to an end—if not, at the very least, require a revamp. This festival has been aching for one for years.

But more and more, the festival of 12 plays, divided into four different sets of three, came to be composed of material already tried, tested and staged. To some extent, the 2022 iteration is the logical outcome to a festival that has gone on with little to no obvious effort at self-criticism and a growing disregard—if not utter dislike—of outside criticism. Unsurprisingly, as critique fell through the cracks, VLF became what it generally is today: one-acts that are easy and predictable. This year, it also spoon-fed its audience.

What happens when what we see in a festival that promises new plays are, for lack of a better word, old ones? Very few of the VLF plays this year unfolded unexpectedly.

For some plays, the stories are rehashed from various different texts on the same subject or outdated discussions given current discourse on comfort women, queer love and youthful rebellion.

There was little surprise in the problematic exercise of humanizing a Japanese soldier in the context of the rape and murder of Filipino women during the Japanese Occupation in Liberation by Jerry O’Hara (directed by Dennis Marasigan). This kind of rationalization of historical violence has been done many times before—an inadvertent defense of the rape of woman that should be problematized, not championed.

For other plays, the manner in which the stories were told left little to the imagination of the audience: outcomes were obvious early into these narratives—very far from the promise of untried, untested, unstaged works.

The handling of violence was also expected in plays such as George Vail Kabristante’s Bienvenuta Al Lido Di Venezia (directed by Nanding Josef and Antonette Go), on domestic workers turned vengeful murderers against their aged foreign ward; and BJ Crisostomo’s Absurdo Events Day (directed by Mara Agleham) on the absurdity of labor capitalism at an end-of-the-world event. Even the death of a mother revealed to be a trans woman, which should have lent itself to some interesting unraveling, became nothing more than melodrama in Bibeth Orteza’s Bituing Marikit (Beautiful Star) (directed by Carlito Siguion Reyna).

The coming-of-age stories were also surprisingly dated. Both Unica Hijas (First Daughters) by Mikaela Regis (directed by Pat Valera) and Student’s Handbook by Anthony Kim Vergara (directed by Erika Estacio) portrayed youthful rebellion as nothing but a justification of identity, which here didn’t even take cognizance of contemporary discussions on queerness and rebellion.

That is easily half of this year’s 12 plays. And while it might be said that these could remain interesting to first-time viewers of VLF, that begs the question: is it still fulfilling the promise it makes?

Promising untried and untested works also means testing an audience’s capacity for reckoning, undoing and rethinking. This only happens when the work offers space for dialogue and discussion, providing an opportunity to think differently from the status quo. But even the more interesting works in VLF fell short of creating this space.

The complicated question of ethics vis-a-vis creativity that uses real life people as subjects is at the heart of playwright Maki Dela Rosa’s Mga Balo (The Widows). But that complication dissolved into an ending that was predictable: a candle lighting, a litany of names of the dead, some chanting about justice.

The story of those widowed by the Duterte government’s war on drugs and its anti-insurgency project clearly sought complexity. Using the perspective of a playwright writing a play about these widows, self-criticism was the core of this work, turning as it does upon itself, and then upon the audience, to engage in the question of ethics, creativity and storytelling.

But the play was burdened with the weight of a set that was too heavy and unwieldy, one which the cast had to lift throughout the narrative. It was also weighed down by heavy-handed direction (by Adrienne Vergara) that eschewed the material’s complexity and sought to drive home only one point: that these deaths are an injustice that we shouldn’t forget. It forgot that the play was not about the dead but the living—widows and writers both, audience too.

This heavy-handedness was also present in Dustin Celestino’s Fermata (directed by Guelan Luarca) and Ryan Machado’s Huling Haraya Nina Ischia at Emeteria (directed by Regina de Vera). The latter’s theme of an undiscussed trauma between mother and daughter is an interesting one for sure, as is the manner in which this surfaces with the introduction of (super)natural elements—birds singing, winds howling, the unknown of the wild. But the power of this narrative lies in the conversation’s nuances and the subtle shifts in the two women. Instead, the supernatural elements took over the play, leaving the silences lost in the course of the telling. After the show, the director explained the material by citing her personal experiences of trauma, in effect walking people through the work instead of letting them walk through it themselves.

The same crisis befell Fermata, a story about two friends, one the son of an abuser, the other a victim of that abuser. They are brought together by the task of reckoning with abuse from decades ago, when they were both young and did not have the words for it. This was important material that could have started a conversation about how we speak of abuse in different ways and see it through a diverse set of reactions, especially given the element of time, and even more so when it involves men. The various perspectives here were important. But in the end, when the two men decide to drink to silence, it felt like nothing more than a complete cop out.

As cop outs go, though, Walang Bago sa Dulang Ito by Eljay Castro Deldoc (directed by Herbie Go and Tess Jamias) was the worst. Speaking of rape and abuse in the context of academe, the story takes millipedes—their life cycle, sex life, characteristics—and parallels them with the female scientist studying them who is a victim of sexual violence. In the course of the narrative, this parallel is used like a protective cocoon that justifies the woman’s disempowerment. But then re-enactments of the violence done against her were made comedic—an unnecessary dissonance given the subject matter. To make matters worse, the play ends with a video of different female actors badly portraying men spewing misogynist lines against women. Were we to laugh or cry? Enjoy or take offense? Ah, there’s an explanation coming from the production right after the show. Here is how you are supposed to feel, this is what you are supposed to think.

The festival’s decision to spoon-feed its audience, with directors and playwrights explaining their intentions, renders the audience as mere puppets and allows these productions to evade responsibility for highly problematic narratives and portrayals. How can we criticise these texts if their makers tell us: no, that is not what we meant.

Two plays stand out for being true to VLF’s promise and premise and its intention to trust the audience to handle its material. ‘Nay May Dala Akong Pancit (Mom, I’ve Brought Home Some Noodles) by Juan Ekis (directed by Karl Alexis Jingco) is a hilarious play that has two siblings trying to figure out how to keep their mother from dying at the end of a series of unfortunate events, shown on a loop. So, they keep rewinding and going back to the beginning of the loop, figuring out which elements might allow them to undo the inevitable end. The play is hilarious in its absurdity as it is daring in its decision to question the idea of a story’s structure as the story is unfolding on stage.

Punks Not Dead by Andrew Clete (directed by Roobak Valle) is the one gem in this set of 12 plays. While not the first play to discuss the current landscape of violence in the country, it is one of the first to speak of it as now normalized and embedded in our culture. It is present in our daily conversations, as it is in the silences we keep, and it is here in the defensive stance of a mother asking her child’s teacher why tattoos are equated with being criminal in the learning modules her child has been given. Given the comic timing of actresses Martha Nikko Comia and Mosang Bagio, what ensues is the hilarity of both women keeping the same secret: that of having tattoos themselves. What surfaces is the silliness of the present predisposition to see crime where there is none—even in harmless tattoos that declare people’s love for punk.

The introduction of another parent, a policeman, who hears part of the women’s conversation, pushes this tattoo conversation to the brink. For this man, the misconception about tattoos is fact; that he carries a gun is of course what gives him power. The more the women try to talk some sense into him, the stronger his convictions become about how tattoos and crime are interwoven; as the conversation becomes more convoluted, so could it unfold in many different ways. By the time sirens are heard and the women are killed, one realizes two things: first, that Punks Not Dead worked because it had a director who let the material breathe, thoughtfully leading us to this unraveling; and second, that the play had brought us to the logical conclusion to this craziness—both in the play and in real life.

Two plays cannot prop up a VLF in dire need of a reassessment—one that should have happened after the 2020 online version of the festival, when the young festival director and his clique resisted every kind of criticism they received at the same time as they called for likes and hearts on the social media platform on which the plays were being streamed. Criticism didn’t matter, online pats-on-the-back did.

This year the experiments were over and the question that Virgin Lab Fest needs to reckon with is simple: is it time to close down this lab?

*Katrina Stuart Santiago is an essayist, cultural critic, opinion writer and book author from Manila. Her role as critic has fueled her activism, which cuts across issues of cultural labor, systemic dysfunctions and institutional crises. She is a teacher of writing and criticism at the College of Saint Benilde, a book producer at small press Everything’s Fine and part of the 2021 cohort of the Feminist Journalist Project of the Association of Women’s Rights in Development. She has been writing at katrinasantiago.com since 2008, and is @radikalchick online.