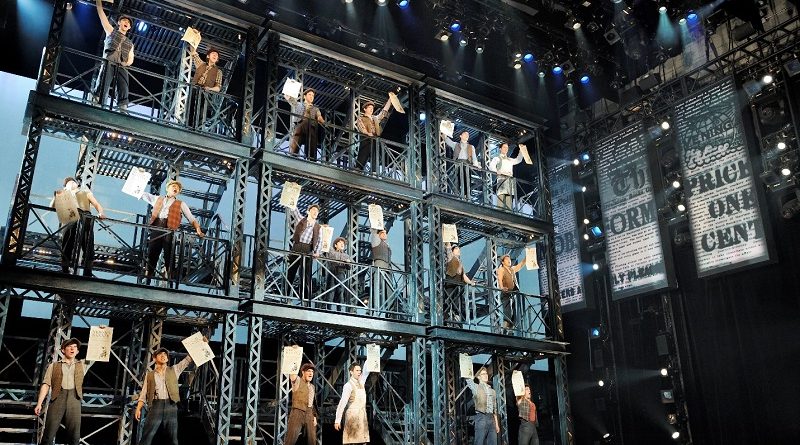 Ken Cerniglia is the former president of Literary Managers and Dramaturgs of the Americas. He’s also the co-founder of the American Theatre Archive Project, the Artistic Director of Two Turns Theatre Company (New York) and literary manager for Disney Theatrical Group. He has dramaturged many Broadway productions, including Hadestown, which won eight Tony Awards, and Peter and the Starcatcher, which won five. For Disney, he has developed over 60 Broadway and touring productions, including The Hunchback of Notre Dame, Aladdin, Newsies, The Little Mermaid and Tarzan.

Ken, to be straightforward: What does a dramaturg do?

There’s an old joke: ask ten dramaturgs to define dramaturgy and you’ll get 100 answers. I often use an analogy of an editor who works for a publishing house, who may work with an author from the idea phase through several drafts, getting something ready for publication, being a sounding board internal to the creative process, an ally for a writer, someone who gets intimately involved with the work, but is not the author, and who is trying to bring out the author’s voice and to have that voice meet the reading public. I do very much similar work in new work development in the theatre, working with playwrights and, in the case of musicals, librettists and lyricists and composers, brainstorming the work initially, helping it find the organizational structure and then to be part of the creative process with the authors of the work.

I’m most focused on the content of a play or a musical. What is the content of that play and what’s its conversation with context—in genre, in history? Performing arts are always happening in a particular place and time. And something that had a certain kind of relevance last year may have a very different kind of relevance if it’s produced this year. I’m always being in conversation with culture and developing work.

It sounds like the hard part would be balancing the needs of all the different people.

Sure—and I don’t think that my job as a dramaturg is necessarily to referee. I tell people “I’m the suggester; you’re the decider.” The dramaturgical process is about getting people on the same page. The larger the piece, the harder it is to keep everyone on the same page. But there is a page, and we talk about that page. My job is to make sure we keep our eye on the prize. Not that I decide what that is, but to help it come into being. My job is to help create a process so that we can deliver the product as a team.

But it sounds as if it may conflict with a director, who is, after all, doing all of that as well.

No, it shouldn’t be in conflict at all. The director’s job is wearing so many different hats—it’s a huge, huge job. When I’m collaborating with a director, I’m in very close contact with her. She’s going to have to dive into the details, go into the trees. She knows I got my eye on the forest. She can trust me, so she doesn’t have to go back and forth between the forest and the tree.

I’m always keeping my eye on the whole picture, not just the picture inside the theatre. What else is out there on the street? What else is happening in culture? What are the other things that come to bear on the audience when they enter into this theatre and interact with the work? I’m like a context designer.

I’ve read that one of the dramaturg’s functions is to relate the play to the audience and explain why it’s needed. Do I really need to explain why I would want to produce Hamlet or The Seagull?

That’s a little bit of an old school job as a dramaturg. When I was getting trained in my master’s program, we had a German dramaturg. She would say, in terms of the program notes, “I would never allow a program note in my school that explains or defends a given production. That’s what you put on stage. Don’t tell the audience what meaning they should make of it. Let them make up their own minds about what it is. If you need a program note to explain your work or justify something to the audience, then you haven’t done your work.” I truly believe that.

Dramaturgs can help engage the audience with the work just as they’re engaging all the people who put it on to begin with, to extend that critical engagement with the work that’s happened with all the collaborators.

But you would need to do that through the creators, wouldn’t you? Or are you talking about, say, talk-backs?

Yeah! I’ve been talking about my work as a new work dramaturg, in the developing mode. The production dramaturg helps to remount a revival. The authors are gone. The dramaturg on that showis going to say “Okay, where did this come from? What was the original context of the show?” And then, they’ll share some of that as they do with the collaborators. They may also share that with the audience through a lobby display or program note or some audience-engagement activities like a talk-back.

There are different types of dramaturgs, then.

There’s as many types of dramaturgy as there are dramaturgs, but, in terms of the function, there are two areas. There’s new work dramaturgy, if you’re working with theauthors or the divisors on creating something from scratch. And then there’s production dramaturgy, which can be done both with new work and with revived work. It’s saying “What’s the context? How do we engage the audience with the production?”

Right, right. Do you also concern yourself with the marketability of the show?

That’s so important because that’s thought of as such a different field than the artistic work.

Most people in theatre marketing get involved when there’s something already there. If I’m working early enough, I can engage in conversations when the marketing specialists come on board. If this is for Broadway, I can say, “Here’s who go to Broadway.” They have to have a certain amount of money. If the show is only aimed at teenagers, you’re going to burn through your teenagers who can afford those tickets very quickly. So, maybe this isn’t a Broadway show. Maybe this goes somewhere else.”

Right. When I interviewed Bob Brustein, he called the dramaturg “an internal critic.”

“Internal critic” is a very apt moniker because those who train to be theatre critics and dramaturgs have similar training. It’s the same critical skill set, but one is applied internally and the other is applied on the other end, writing for the audience.

I think they’ve always been important. What’s increasing is the visibility of the work and the advocacy for the work. People are saying, “That was successful, and it had a dramaturg. Maybe, maybe we could work with a dramaturg. What is that worth?”

Actually, it does earn its keep, but you have to try it. And you also have to find the right dramaturg. It’s not like one size fits all. I felt less over time that I can dramaturg anything.

Great! The term “dramaturgy” is also used, I think, to refer to a set of dramatic conventions. They talk about “British dramaturgy” and “American dramaturg.” Aren’t they talking about something different from what you’re talking about?

Finally, do you have any advice for people who might want to enter the field? Is it reasonable vocational choice?

I think it’s great! I don’t think that there is any more or any less employment than anyone entering any other specialization in theatre. I feel like it’s a vocation.

*Steve Capra has worked extensively as actor, director, producer, most notably for Judith Malina and The Living Theatre. His plays have appeared in New York and the U.K. His book, Theatre Voices, contains interviews with leaders in the American and British theatre. His reviews are found at www.newyorkcritic.org.