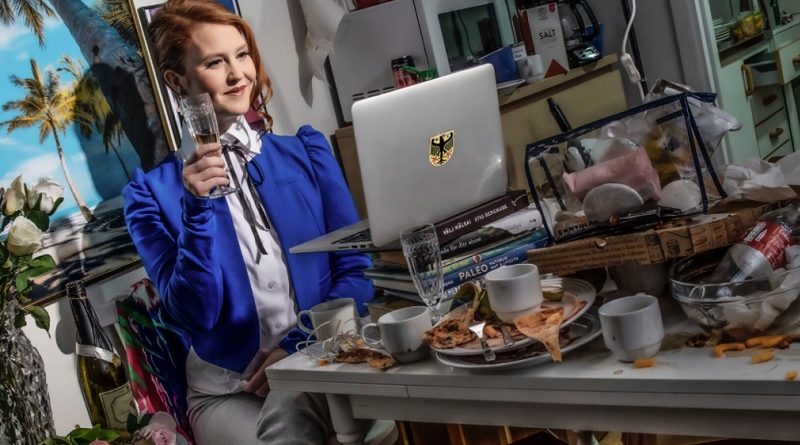 Now over two years into the COVID-19 pandemic, the world has adapted significantly to new ways of doing, creating and performing. Technology has played a central role in allowing life to go on in various ways. Its recent necessity has spurred the advancement of the hardware and software tools themselves but also increased digital literacy in performers and audiences, fostering new modes of social and performance engagement. While a return to “normalcy” brings the welcome return to live performance, many new forms of intermedial performance will remain. This 25th issue of Critical Stages/Scènes critiques  provides a glimpse into the experimental digital performance practices currently taking place around the world—some already well underway before the pandemic—which highlight new emerging forms of intermedial engagement.

The contributors to this issue share their own theoretical and practical insights into intermedial performance and, where they were not artistically involved in a production, have also often given voice to the performance artists through interviews, allowing for a greater understanding of technology’s role in performing practice.

The issue opens with an example of telematic performance. Daniel Strutt presents his work with streaming motion capture performance, allowing dancers across the globe to work with each other; a timely tool under COVID-19 conditions. Telematic performance is later taken up again by Jörgen Dahlqvist, albeit through an examination of two performances presented via Zoom—a familiar experience for most readers. Dahlqvist questions how we establish a sense of place using streaming technology. Jessica Del Vecchio and Eamonn Farrell, in their joint article, provide a useful historical overview of Brooklyn-based Anonymous Ensemble’s extensive use of digital technologies in performance. The piece simultaneously serves as a means for tracing developments in streaming performance methods over the last two decades and the different techniques artists can use to signal their liveness to audiences through, for example, the use of social media.

Brendan McCauley also examines social media in his piece, in addition to 360-video, in his analysis of Katya Zamolodchikova’s Be Your Own Dentist. McCauley considers how the artist immerses the audience in a digital landscape, as well as how Zamolodchikova fosters her audience through parasocial relationships on social media.Thomas Langlois and Robert Faguy look at centering the audience physically in examining their work on Autour du Rose Enfer des Animaux. Langlois and Faguy use the concept of the spectacteur to discuss the performance, which stages eight audience members in an intermedial performance featuring projections and sound modulation.

Shifting to digital avatars, Maya Arad uses narratology as an effective framework for considering the various relationship levels between human, avatar and hybrid characters in Amir Yatziv’s The Kingdom of Shadows. Her article is followed by Kent Olofsson, who examines the emergence of new sound-based dramaturgies, using his own work in two performances where sound was central to the performance text to support his ideas. New intermedial dramaturgies are a similar theme later taken up in Amy Chan and Natalie Cheung’s piece, which looks at lighting-based dramaturgies, notably highlighting that digital performance is not restricted to new technologies. Finally, Antje Budde and Gustavo Sol offer an examination of various sensor-based technologies—Electroencephalogram (EEG), heart rate monitoring and facial recognition—used in a performance that allows actors and audiences (and potentially users outside performance) a self-reflective glimpse into our in-the-moment body processes. This piece, along with the wide range of intermedial performances examined in the issue, clearly illustrate the new genres of intermedial performance that are emerging, as well as how technology reconfigures the traditional performer-audience interface.

Intermedial performance is a vast and daunting terrain to cover; however, the variety of performances and perspectives provided in this issue allow an entry into considering the different stakes and relationships at play in digital performance, the new working methods involved, the impact of COVID-19 lockdown conditions and the future potential offered by various technologies. These considerations can aptly be applied to considering other contemporary intermedial works, which can in turn provide useful insights into the future directions of digital performance.

*Sebastian X Samur is a performer and postdoctoral fellow at the University of Toronto’s Centre for Drama, Theatre and Performance Studies. His primary research interest is actor training, and he is currently studying the role rhythm plays in performance, examining the work of SITI Company, Dairakudakan and Mime Omnibus, as well as the impact of digital technologies. His writing can be found in Modern Drama, Theatre Research in Canada, Asian Theatre Journal, Canadian Theatre Review, Stanislavski Studies and Jeu, among other publications.