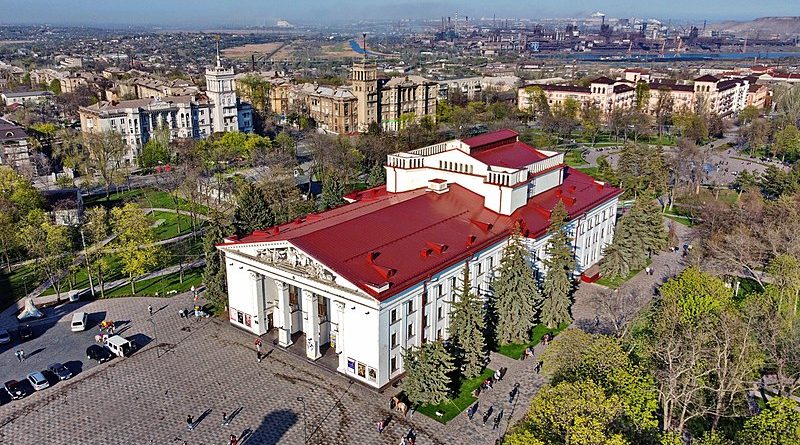 In February, as people throughout the northern hemisphere began to have hopeful thoughts of the coming spring, an icy blast of war made it seem as though winter would never end. The Russian military invaded the sovereign state of Ukraine and those who devote their lives to building bridges between cultures found themselves frozen in a diplomatic puzzle.

For members of the International Association of Theatre Critics (IATC) who met in St. Petersburg for a 2018 World Congress, who had sampled the extraordinary fare on Russian stages, who had engaged in conversations with great artists such as Lev Dodin, who had made plans with Russian colleagues for future collaborations it seemed as if decades of work had evaporated in a moment.

Questions arose: How do we address this international crisis? What can we say to our friends in Russia? How do we support our Ukrainian colleagues under threat?

In the corridors of the internet, leaders of IATC past and present wondered privately how we might respond to such aggression. There are always wars and governmental complications among our global constituencies. It is our long-time policy to avoid interfering in the internal business of national sections (and nations).

To a significant segment of our leadership, however, the Russian invasion was not an internal struggle but an international cataclysm that threatened to destroy global commitments of engagement with free thought and free expression. And the mission of IATC has long been to vigorously advocate for free expression wherever we have found it under threat. What good do we create if we remain silent?

We did not need to debate our path forward: within hours of the initial military action against Ukraine, the Russia section of IATC issued a strong statement of support to its IATC colleagues in Ukraine. Our courageous Russian colleagues publicly condemned acts of war taken against Ukraine, and at no small cost to those Russians’ personal safety.

A prominent Russian theatre critic who published a petition opposing the invasion found her front door marked with the letter “Z” by vandals, reminding some observers of actions taken by Nazis against Jews during Kristallnacht in 1938.

Marina Davydova, editor of Teatr, fled her home in Russia. She was interviewed by several news outlets in March, including the Guardian. She expressed dismay that language used to describe dissenters, terms such as “national traitors,” once employed only by radicals, were being used by the Russian president.

As we approached World Theatre Day in late March, stories accumulated of valiant Ukrainian resistance, the murder of innocent civilians, and abductions by the invading force of artists and others in Ukraine. These were not rumors of war, but accounts reported with video footage through a wide range of media outlets.

Months have passed now and the war grinds on. On social media, the blue and yellow colors of the Ukraine flag continue to be displayed in profile pictures and as emoticons. High gasoline prices, to some extent caused by inaccessibility to Russian oil, threaten to derail Western resolve to support Ukraine’s independence.

As congressional hearings unfold regarding the events that surrounded the January 2021 insurrection in the Capitol building of the United States, the story uppermost in the minds of many US citizens—after gasoline prices, of course—is whether democracy or autocracy will become the next “new normal.”

In Kyiv, however, Theater on Podil sold all of its tickets to a June 5 performance when it reopened for the first time since the invasion. One actor told the Associated Press, “You continue living, although you don’t forget that there is the war. The main question is how actors can be helpful.”

The answer to that question, one might hope, is that actors remind us of the depth and breadth of human experience, and sometimes that is help enough. For those who work to build bridges between cultures, there has never been a more important time to continue our labor.

Near the end of his masterwork, Angels in America, playwright Tony Kushner tells his audience that the “world only spins forward.”

At times, it may feel as though there are forces determined to spin us “only” backward. But it is Kushner’s next sentence that may give us hope: “We will be citizens.”

In order for us to be citizens, we must act, however we may, to benefit our art, our discourse, and our freedom.

*Jeffrey Eric Jenkins is President of the International Association of Theatre Critics (AICT-IATC), Professor of Theatre Studies at the University of Illinois at Urbana-Champaign, and a Faculty Affiliate of Discovery Partners Institute in Chicago (Twitter: @crrritic; Email: jej@illinois.edu)