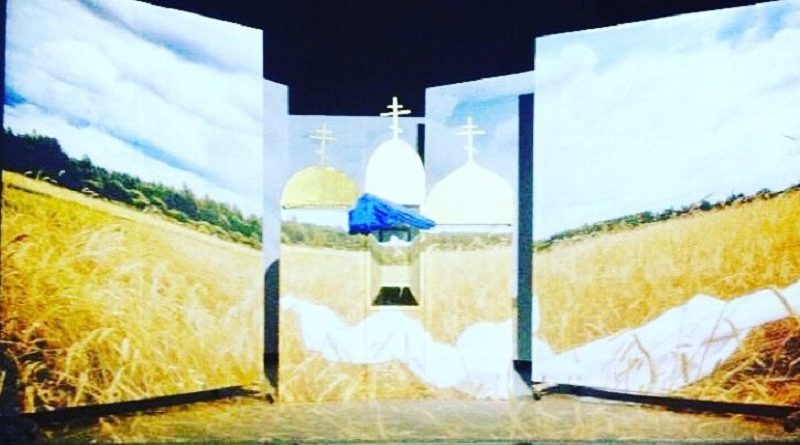 Julia Bilińska discusses the Anima Art for Peace project, created during the war in Ukraine by students and lecturers from the Department of Animation Theatre Acting and Directing at the Kharkiv National Kotlyarevsky University of Arts. Bilińska looks at the project and theatre in Ukraine from the intersection between the present and past. She reflects on the great histories of Kharkiv theatre, its avant-garde experimentations and the development of contemporary puppetry theatre. These frame her report on the resilient theatre created during the shelling and bombing of the city, first to help children, later as a communal therapy and, finally, as an aesthetic digital experiment. Arguing for theatre as a call for peace, she also presents Ukrainian theatre as a laboratory and inherently European practice. Bilińska’s essay adds to the discussions on precarity, affect and community in creative processes but also reveals new urgent methods related to digital puppetry and transmedia.

The project Anima Art for Peace was born during the war in Ukraine. It consists of creative works by students from the Department of Animation Theatre Acting and Directing at the Kharkiv National Kotlyarevsky University of Arts. These are voices of artists from shelters, evacuation, occupation and immigration.

The National Kotlyarevsky University of Arts is one of the leading and oldest universities in Ukraine. It is a creative, research and methodological centre for music and theatrical education in the Sloboda Ukraine region. In 2017, it celebrated its centenary. The university has prepared thousands of music and theatre professionals, including awarded performers, pedagogues and researchers. Approximately one thousand graduates have prominent and governmental awards, state scholarships, People’s Artist of the Ukrainian Republic distinctions, distinguished artist awards for lifetime achievements in art, doctoral degrees and professorial and associate professor titles.

The history of the Department of Animation relates to the history of the professional puppet theatre in Kharkiv. The Academic State Puppet Theatre of Afanasiev opened in Kharkiv on July 1, 1939. It is the only puppetry theatre in Ukraine and has had many performances for adult audiences in its repertoire, historically and at present. It is named after Viktor Afanasiev (1917–87), who started its revival in 1952 as the artistic director.

Afanasiev was an eminent director, acclaimed manager and vice-president of the Soviet UNIMA (International Union of Puppeteers). He gathered around himself and his theatre the Kharkiv creatives and cultural elite, making the puppet theatre a centre of the city’s artistic life and the pride of Kharkivians. Afanasiev managed the theatre until 1980.

During his leadership, the Academic State Puppet Theatre presented The Ukrainian Nativity Scene, which became a landmark event in Ukrainian culture in the twentieth century. Oleksandr Iniutoshkin directed the 1975 production, and artist Oleksiy Shcheglov made the puppets. Together, they transformed the Ukrainian folk tradition of vertep—a mobile puppet theatre enacting the Nativity scene—into a professional and contemporary theatre setting. This was after the Soviet authorities banned many previous attempts.

Because of this first-ever professional production of vertep, the folk phenomenon did not disappear with the loss of its social and religious functions—as it happened, for example, to the Polish szopka or Belarusian betleika. Instead, vertep was revived into a new kind of theatrical performance, which is unique worldwide.

Currently, many festivals are dedicated to the Ukrainian vertep tradition. Vertep—as a form and philosophical concept—has inspired contemporary music, arts and theatre. At the Kharkiv Department of Animation Theatre, vertep traditions and their contemporary forms are a compulsory part of training.

It was at the initiative of Viktor Afanasiev that in 1969—for the first time—seven students were enrolled in the course “acting art of puppetry theatre” at the Kharkiv National Kotlyarevsky University of Arts. At the start of 1973, the department of puppetry theatre was officially created. Afanasiev was appointed as its Head. At that time, it was the second puppetry department in the Soviet Union and the only one in Ukraine.

Anima Art for Peace was born five decades later at the start of March 2022 at the department that Afanasiev created. Initially, we wanted to continue to perform to bring joy and relief to crying children in shelters. As we were doing it, it also became a form of art therapy for the artists involved.

So far, over 100 works have been created under the following manifesto:

We, puppeteers, artists, painters, authors from Kharkiv and all
over Ukraine are launching an artistic flash mob “Art for peace!”

It is a difficult time for us now, but we don’t lose the strength of
spirit and faith that art can stop the war.

We are ready to draw, write, and dance while we are sitting in
shelters, we are prepared to lift the mood and fighting spirit, and
we are ready to create while around destruction.

We urge you to support us. Create a short video with
performance, installation, drawing, dance, poetry or something
else that inspires, motivates and calls for peace.

Let’s unite with creativity for peace!

*Julia Bilińska is an internationally awarded director and a designer specializing in puppetry theatre, its history and its theory. Bilińska trained at the Kharkiv National Kotlyarevsky University of Arts, where she works as a Senior Lecturer. She is also finishing her practice-based PhD project on acting training methodology for directors in puppetry theatre at the Zaporizhia National University. Bilińska is a deputy director of the Kharkiv city charity project “Fund for the development of art for children and youth,” and the coordinator of Anima Art for Peace.