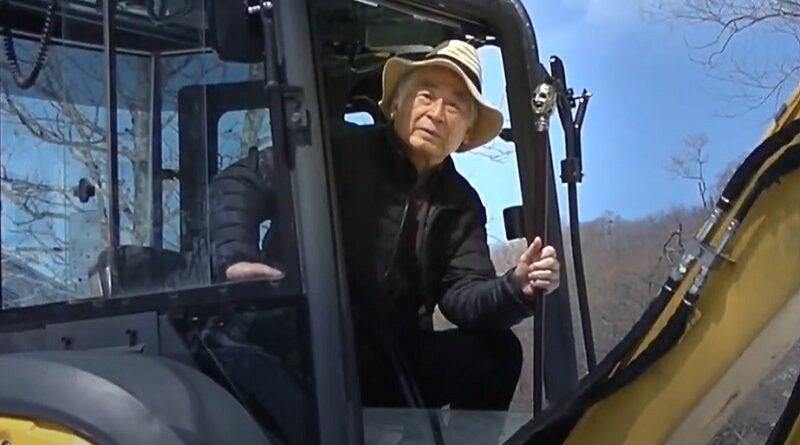 We are indebted to Tadashi Suzuki and to his collaborators for their innovations, for driving a stake into the ground and for staying strong and present, a beaming light clearly articulated upon the cultural and political landscape

In the constant crush of time, it is only too easy to get caught up in the battle to survive and produce. We forget to look up and we forget to look out. But if we do look up and out, we will see that there are certain lighthouses in the distance. These lighthouses can help us to navigate the rocky shoals and rough seas in our path. A lighthouse is something or someone outside of oneself, an example, a point of orientation, a beacon of hope or a guiding light, a focal point symbolizing strength, support and even a safe harbor. In the proximity of these lighthouses, we remember that we are not separate. Tadashi Suzuki has been such a lighthouse for me.

My relationship with Tadashi Suzuki began with a phone call in 1988. Peter Zeisler, then the director of the Theatre Communications Group (TCG), asked if I would like to travel to Toga-mura, a tiny village in the mountains of the north-western part of Japan, where Suzuki and his SCOT Company host a theatre festival every August. Invited to attend in exchange for speaking at the festival, I accepted immediately. The journey to Toga is arduous. The long flight from New York to Tokyo is followed by yet another flight from a different airport to the city of Toyama. Then, there is the long car journey winding upwards into a dramatic mountain range, past precipitous ravines and dense forests. Finally, at the end of a long tunnel, the SCOT compound appears, sitting amidst fields of rice paddies and surrounded by round green hills. Nestled amidst the slopes are several theatres including a 900-seat outdoor Greek theatre affronting an emerald lake and a smaller charcoal grey thatched-roof A-frame indoor theatre, the Toga Sanbo, both designed by the great architect and friend of Suzuki, Arata Isozaki.

Upon arrival, completely exhausted from the long journey and ready for sleep, I was informed that a car would arrive in 20 minutes to bring me to the Sanbo to watch a run-through of Suzuki’s The Tale of Lear, an adaptation of Shakespeare’s King Lear. Even though seeing a play was the last thing that I wanted to do at that moment, I knew that it would be impolite to refuse. The car arrived, and I was driven the short journey to the theatre. Isozaki had remodeled the Toga Sanbo from a gassho-zukuri, an immense mountain farmhouse, into one of the most beautiful small theatres I had ever seen. The interior is modeled after a Japanese Noh stage and constructed from cedar and charcoal-colored wood, which gives an overall feeling and fragrance of rich darkness. I sat down on the tatami mats laid across the audience area, fretting a little bit about staying awake. Suddenly, a cart carrying a male actor playing Lear appeared in silence onstage, pushed by another male actor dressed as a female nurse. The nurse then turned slowly and sat down with his back against the cart and took out a book. As he opened the book, eight sliding shoji doors upstage abruptly cracked open revealing eight actors in richly colored kimonos to the loud accompaniment of Handel’s Largo from the opera Xerxes. The eight actors began to move regally downstage directly towards the audience. That was it! I was wide awake and continued to be alert for the remainder of this remarkable production. The images and moments from The Tale of Lear remain in my memory to this day. As the play began, I knew that I would travel any distance, to anywhere in the world, to find myself in the hands of a great theatre director.

This journey to Toga was the first of many return-trips. In 1992, Suzuki proposed that we launch the SITI Company together. He was clear at the outset that he would help to get SITI started, but that he would remain closely involved only for the first few years. For the first four years of SITI’s existence, from 1993–96, we split our summers between Saratoga Springs, in upstate New York, and Toga-mura, in Japan. SITI’s initial four productions were hatched and performed at the festival in Toga. Ever since then, Suzuki has remained supportive of SITI’s trajectory. In the summer of 2019, he made it possible for SITI to return to Toga and perform our production of Radio Macbeth in the festival.

Early on in my life I discovered that I need to leave the United States in order to see my own culture and history more clearly. And these external, physical journeys bring about the most significant internal ones. While breathing the air of a different culture, I begin to grasp the extent of my own hardwired cultural conditioning and expectations. In my theatrical journeys I have found myself in situations in which theatre is conceived of and treated in ways that are quite dissimilar to what I had experienced in the United States. Yes, the languages change, but also the notions of what theatre is, what it can do and how it is done are distinctly different.

Tadashi Suzuki thinks differently than I do about what a play is, about what an audience is, what a rehearsal is for, what acting is and about how theatre interfaces with the world. Not long after the initial experience of Suzuki’s The Tale of Lear, I was fortunate to spend time in his proximity, which gave me the opportunity to compare his world view with mine and to examine more clearly the impact of my own cultural assumptions and conditioning. This does not mean that I dropped all my inherited values and beliefs about the theatre, but rather that I was given the opportunity compare and to choose what I wanted to keep and what I could let go of.

I first watched Suzuki in the context of a working rehearsal in 1992 in the small city of Mito, north of Tokyo, as he prepared Dionysus,his adaptation of Euripides’ The Bacchae, for a performance that evening. I was surprised to find it difficult to breathe at moments during the rehearsal. Repeatedly, in the midst of a scene, Suzuki clapped his hands, bringing everyone to a halt. While all of the actors remained suspended in a state of arrest, often in quite unbalanced positions, Suzuki would zero in on one actor, demanding exactitude and commitment, both physically and imaginatively. After another clap, the action continued. I was a little taken aback at how rigorous and demanding Suzuki was and how obsessive he was about the minute details of an actor’s physical actions and imagistic motivations. But, over time, I came to appreciate his passion and attentiveness, and I learned from his example.

Each summer, at the conclusion of the Toga Festival, the SCOT Company performs Greetings from the Edge of the Earth, a huge theatrical event on the outdoor stage overlooking the lake. A thousand people cram into the 900-seat theatre, and they are treated to a spectacle that includes a collection of moments from “the best of” many of Suzuki’s productions, and the evening ends with a magnificent firework display spread out over the mountain range beyond the lake. The spectacular show concludes with a ceremony in which large wooden sake barrels are smashed opened with mallets on the stage, and the entire audience is invited to imbibe.

One summer, I was sitting in the audience marveling at the magnitude of the spectacle, the complexity of the staging, the fireworks, the music and the audience’s enthralled enthusiasms, when I began to take note of the specific angle of all of the actors’ hands as they rolled dramatically in long lines of wheelchairs along two hanamachi across the lake towards us. I suddenly realized that the magnitude and success of the overall event could not have happened without the close and obsessive attention to detail that Suzuki demanded from the actors.

Suzuki’s example has repeatedly encouraged me to place the bar higher and to ask more from actors than I had previously done. I also gained a greater appreciation for an audience’s capabilities and what they are willing to endure. I was able to question the standard American populist inclination towards pure entertainment and become more discriminating and exacting in my approach to making theatre. I learned that the theatre is rooted in spirituality and that a play can digest and use its own history. I learned that a company can be a likeminded group of artists who share the responsibility for every aspect of each venture.

For the past five decades, Tadashi Suzuki and the SCOT company have provided a powerful lighthouse for theatre people from around the world. The fact that we are gathered here, albeit on Zoom, is testimony to the long-term effect that Mr. Suzuki has had over countless theatre artists, companies and audiences. We are indebted to Tadashi Suzuki and to his collaborators for their innovations, for driving a stake into the ground and for staying strong and present, a beaming light clearly articulated upon the cultural and political landscape.

*Anne Bogart is one of the three Co-Artistic Directors of the SITI Company, which she founded with Japanese director Tadashi Suzuki in 1992. She is a Professor at Columbia University where she runs the Graduate Directing Program. In addition to directing theatre and opera, she is the author of six books: A Director Prepares; The Viewpoints Book; And Then, You Act; Conversations with Anne, What’s the Story and The Art of Resonance.