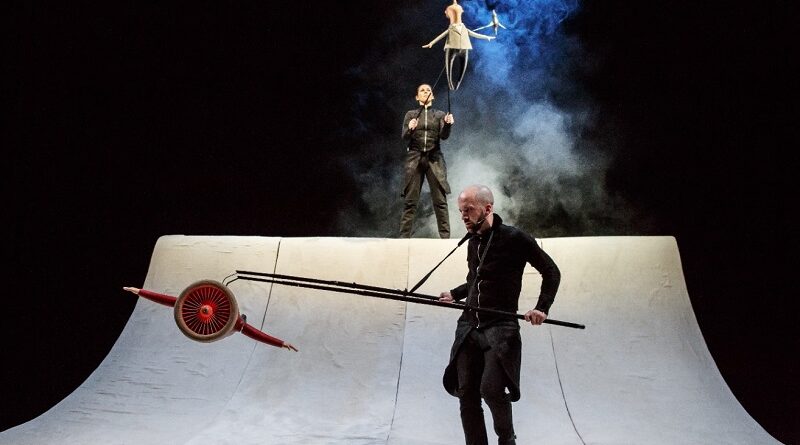 This special issue of the section “Critics on Criticism” is a collaboratively edited collection of essays and reflections on theatre and performance criticism for and by young audiences.

In our call for papers, we articulated theatre and performance as places of inclusion and exclusion for children and young people, but also as vehicles for play, inquiry and agency. Whilst children’s theatre and performance continue to grow, despite being, in many contexts, under-resourced cultural spheres, educational, outreach, schools and community programmes have created multiple relations with different realms of childhood—institutional (schools, theatres) and social (public spaces).

The dominant paradigm in theatre and performance continues to be driven by age categories and by ideas of appropriateness or intent, despite, or because of, its proximity to questions of representation and to difference within the education system (racism, classism, ableism, or to do with gender identity, sexuality or migrant status). Despite these obstacles, risk, play and agency are fundamental to community building, artistic innovation and modes of resistance to the growing pressures related to educational and artistic spaces, and to the development of civic identities and collective modes of being together.

The impact of the pandemic, of structural racism and the legacies of coloniality on critical ecologies and educational spaces, as well as the disparity in access and the erosion of rights for queer and gender diverse young people, have been at the forefront of conversations on care, agency, age and the role of performance and critique to help shape more socially just, inclusive, equitable and hopeful cultural and civic space. Acknowledging these contexts, in the call for papers, we wanted to ask:

Whilst the circumstances have not enabled answers to many of these questions or provided the opportunity for children themselves to take over this critical space—an act we think is invaluable to a progressive conversation on young people and criticism—we hope that the perspectives gathered here begin to touch on some of these questions. The essays traverse multiple terrains geographic and cultural, from Slovenia to Greece, Norway to Canada. Together, they provide a snapshot of the ways in which criticism is conceived and articulated in a range of forms of education and cultural ecologies, some of the aesthetic, political and formal challenges, and some of the ways in which young people are claiming agency and finding new ways of being and reflecting, with and through performance.

In some cases, artists and scholars speak to devising work for young audiences that embeds spaces for open conversation and critique (Paraskevi Tektonidou) or explore poetics of puppetry and critique (Catarino Firmo), exploring the ways in which socially engaged performance, outreach performance work and new developments in pedagogies offer new relations between young people, critique and performance.

In other articles, authors explore working with children to develop new practices of criticism that, in themselves, offer reflections on how criticism might think and grow, shifting away from established paradigms (Anette Therese Pettersen, Merve Tokgoz and Ida Habbestad and Hild Borchgrevink). Finally, authors also explore the structural relation between criticism and young people’s theatre (Tjaša Bertoncelj, Zafiris Nikitas).

Across these essays, both the act of thinking in itself and that of play are reconceived, articulating a different agency for young audiences that challenges ageism and traditional authorship.

Thank you to all contributors for moving and thinking through a year of change, of loss, and of hope.

*Diana Damian Martin is a writer and academic working at the intersection between writing, politics and performance. She is a Senior Lecturer in Performance Arts at the Royal Central School of Speech and Drama, where is currently leading the BA (Hons) Contemporary Performance Practice-Performance Arts course. She is editor of [Margins] section of Performance Philosophy Journal, part of Performance Studies International’s Future Advisory Board and co-convenes the working group Documenting Performance for the Theatre and Performance Research Association.

**Anette Therese Pettersen (b.1979) is a theatre and dance researcher, critic, editor and curator. Currently a PhD research fellow at the University of Agder in Norway. Co-founder of projects of criticism, such as Writingshop, Critics in Conversation, Dansekritikerrørsla (Dance critic movement) and Performing Criticism Globally. Editor of a series of books on criticism, theatre and dance, such as Criticism for an Absent Reader (2018).

***Rui Pina Coelho (Évora, b. 1975) is an Assistant Professor at the School of Arts and Humanities of the University of Lisbon, Director of the Centre for Theatre Studies (FLUL) and Director of Sinais de Cena: Performing Arts and Theatre Studies Journal. He has coordinated the volume Contemporary Portuguese Theatre: Experimentalism, Politics and Utopia [working title] (TNDMII / Bicho do Mato, 2017). He coordinates the Theatre Writing Laboratory of the D. Maria II National Theatre (2015–19). Since 2010, he has been collaborating regularly with TEP—Teatro Experimental do Porto—as a playwright and dramaturgist.