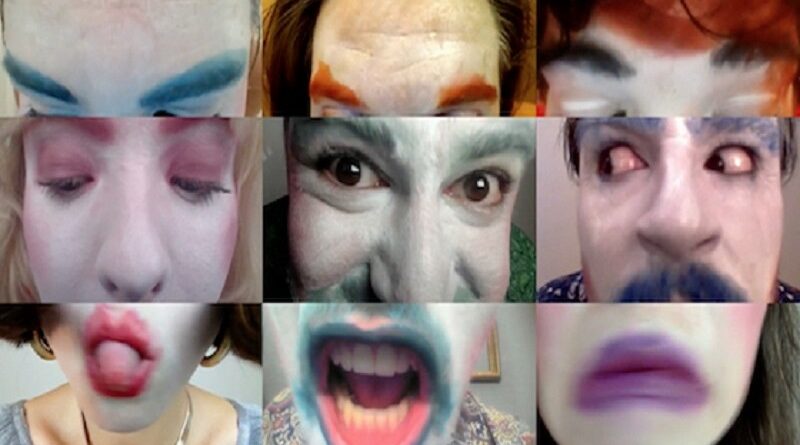 During the COVID-19 crisis, theatre and all performing arts became invisible and, suddenly, were left with only the Internet to both create and reach the public. While theatre never became friends with Internet and digitilization, it considered itself an alternative, instead of acknowledging the possibility that theatre might even be subject to changes as a result of digitalization. This means that the ongoing crisis could rather be perceived as a salutary shock and thus an unintended laboratory test which is going to examine the future viability of theatre. We, the German-based platform for theatre criticism nachtkritik.de, were prepared for the crisis in so far as we were born as a digital medium in 2007. Ever since, we have tried to encourage a dialogue and convince the theatre community that theatre and technology do not contradict each other but, instead, complement each other.
Keywords: public sphere, digitalization, streaming, internet-based theatre, criticism, nachtkritik.de

In Germany, Austria and Switzerland, theatre operations have re-opened at the end of summer 2020, to close again, for four weeks only, according to officials, in order to contain the second wave of the pandemic. But even if the theatres were allowed to reopen in December, this is only partly good news, as experience will be only possible to a limited extent due to COVID-19 physical distancing guidelines. These hygiene rules have consequences for what happens on stage, as they intervene in aesthetic decisions and thus affect artistic freedom. With no physical closeness allowed, kisses, hugs or physical fights for example are no longer possible on stage. Furthermore, said rules affect the accessibility to this art form, which is inconceivable without the community of player and viewer. Due to the physical distancing rules, rows of seats were removed in all theatres, and audience capacity was sometimes limited up to a quarter of that of pre-COVID-19.

That said, is theatre now, even more than it already was before the crisis, only a luxury medium, an art form for the ever-shrinking middle class that might eventually disappear along with it? The pandemic has at least exemplified that collective art forms like we know them might only be possible to a very limited extent in the near future.

When, to contain the pandemic, the cessation of all theatre operations in Germany, Austria and Switzerland was announced in mid-March, we faced the ruins of our existence. We, in this case, are those at the theatre portal nachtkritik.de. Nachtkritik.de has been reporting on theatre in the German-speaking realm and beyond ever since 2007. We publish reviews, essays, debate texts and reports on the theatre realms in other countries. Here, we pay particular attention to countries whose governments threaten the freedom of art. We believe that criticism must by all means be participatory. Therefore, we facilitate and enable the dialogue about theatre amongst artists, professionals and the audience. To foster this dialogue, all publications can be commented by our readers. It is common that comments and questions by readers initiate research projects that, eventually, result in reports. We partially finance ourselves through donations from readers. Yet, a large part of our income is generated through advertisements from cultural institutions and theatres that promote their programming.

All this collapsed in mid-March within 48 hours. Premieres were cancelled, advertisements were cancelled. Theatre, this archetype of democratic public sphere, vanished into invisibility. The base of our work as a platform for theatre criticism was prone to dissolve along with it. During these alarming days, we had to change and rearrange our entire program and services. Guided by the question of how we can keep the theatre publicly visible, albeit no longer being able to write about it, we started to stream recordings of productions in cooperation with both theatres and individual artists.

Throughout the shutdown, there have been almost a hundred streams on nachtkritik.de since March 2020. And as we didn’t want to condone sitting alone in front of the screen, and at least wanted to make it possible to experience art together in the virtual space of the internet, we soon found a way to add live chats to these streams. By doing do, we enabled several hundred people to watch a streamed theatre performance while being able to chat about it while they were doing it. Very often, participating artists joined these chats and discussed their work with critics and audience. We made use of the internet as a virtual theatre hall and, in doing, so made something possible that is difficult to achieve in the middle of a performance in analog theatre.

In addition to the streams, we gathered all important information for artists about governmental emergency and crisis programs on nachtkritik.de during the crisis. Very soon, we began to confront ourselves with the new forms of theatre and performance that the banishment of artists to the digital space during the crisis had created; performances on Zoom, YouTube and even in Virtual Reality. As we have always done, we wrote reviews but also created a continuous archive with all digital theatre forms that individual artists, groups or institutions have started to develop.

It is worth mentioning that nachtkritik.de never doubted that theatre could also take place in the digital sphere. When we started out in 2007 as a purely online medium, we encountered skepticism and rejection in the cultural scene. For many members of the high-culture-theatre-bubble in the first decade of the twenty-first century, real art was only possible in analog form. The internet, in their eyes, was a melting pot for the uneducated and culturally inactive, who had been given up upon for the theatre. We had a different opinion from the beginning on what we wanted to stress. We thought that theatre would become irrelevant in the near future if it did not understand that the public sphere now also existed on the internet. This logically implies that the audience nowadays can be found in both the digital and analog space. That means, in our mind, that theatre and technology do not contradict each other. They belong together.

Since the baroque period (and even earlier), the creation of illusions in theatre has been closely linked to its technical capabilities. Also, the modern psychological directorial theatre is a consequence of the invention of electricity. When, at the end of the nineteenth century, instead of gaslight or candlesticks, electrically operated spotlights suddenly lit the stage and made every movement in the actor’s face visible as never before, a completely new, refined psychological acting was required to strengthen theatre’s authenticity and credibility.

Furthermore, theatre in the twentieth century became a media melting pot. Since the invention of film, theatre experimented with electronic media and developed together with them. The cultural techniques of sharing, liking and participating brought about by the internet in the last decades, as well as the immersive structures of computer games, have long since produced new types of theatre.

The Internet and its fragmented public sphere have by now changed criticism as well. While, at the beginning of the nineteenth century, the critic was the prototype of the enlightened responsible citizen—the role model of a democratizing public—criticism has now become one voice among many. Critics must assert themselves through expertise in the chorus of multifaceted opinions stronger than ever before. And our voices are no longer heard that easily. When we founded nachtkritik.de, we already drew conclusions from this observation and made our concept of criticism participative. As critics, we did not want to have the last word about a work of art but, rather, start off the conversation. At best, this conversation could then become a model for civilized public conversation in the digital public sphere. We have since worked on that in our moderated commentary columns.

To raise awareness in the theatre scene regarding the radical changes of its conditions in the age of digitization, nachtkritik.de initiated the conference “Theatre and Network / Theater und Netz” in 2013, together with the Heinrich Böll Foundation, the political foundation of the Green Party in Germany (https://www.boell.de/de).

Since 2013, “Theater und Netz” has been discussing the consequences of digitization for the performing arts once a year in Berlin. When the corona-crisis began in March, and theatre was forced into digital exile, we thus were uniquely prepared.

Nonetheless, we know that this crisis will continue to threaten the existence of theatre; this art that is as fleeting and precious as life itself. It only exists in the moment during which it takes place and might probably never be the same on the internet when compared to a physical stage. This crisis will thus change theatre-making itself and writing about it. And yet the Internet offers opportunities simply because it is able to expand the radius of the theatres.

The COVID-19-crisis has exemplified the significance of the internet for the cultural realm, as access to the analog theatre experience is limited due to the physical distancing rules. Theatre-makers have to think about how they can shape the digital public. So far, the digital public sphere is in the hands of private companies such as Facebook, Google and Amazon. These corporations have already been joined by totalitarian governments and regimes that want to control the internet too. This is why theatre-makers must not perceive internet and digitalization as enemies of their art form but, rather, shape instead of fear it.

And what about us critics? We need to be enthusiastic and curious about the new art forms that emerge from this crisis and get to work to do what we have always done: face the processes, works of art, pieces, artists, attitudes and ideologies reflectively and write about them.

*Esther Slevogt is writer, critic and editor-in-chief of the online theatre magazine nachtkritik.de, which she co-founded. She lives in Berlin, Germany.